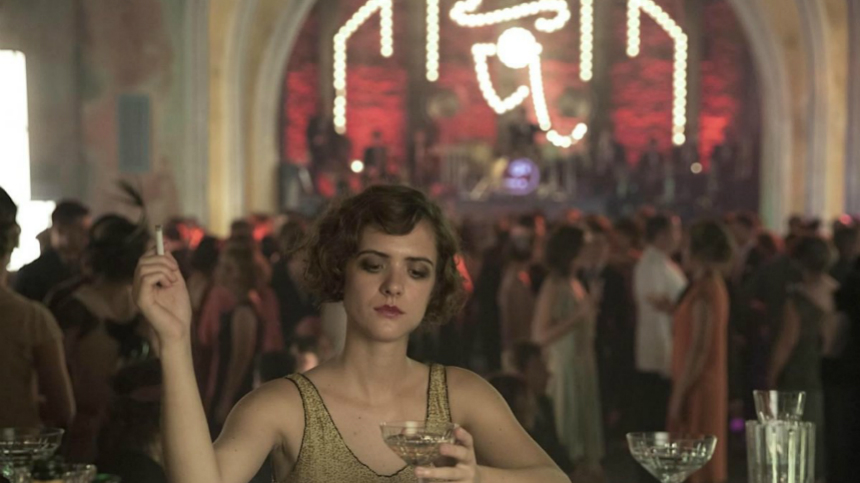 Recently, I've been sampling a few non-English series from the past year or so that are available on Netflix. Are any sufficiently intriguing to justify the time investment to binge-watch them in their entirety? Have you seen any less-heralded shows that we should be checking out? If so, let us know in the comments, please.

It's deep, dark and sometimes disturbing. Set in Berlin, Germany during the Weimar Republic (aka before Hitler took control), it starts off in 1929 and follows, roughly, the intersecting storylines of Inspector Gereon Rath (Volker Bruch) and Charlotte Ritter (Liv Lisa Fries). Gereon arrives from the city of Cologne on a special, somewhat mysterious investigation, while Charlotte struggles to rise from poverty, managing to grab a temporary job working for the police department.

Each has their own personal morality, which can be quite fluid depending on the circumstances. Even though wild, debauched times are depicted, what comes across mostly is a rich, wide ranging portrait of a people in flux. Decades later, we wonder, how could any country give rise to Hitler? Well, here you go. On the filmmaking side, the series features high-quality production values which are bolstered by the full-bodied personality of the actors. It's all rather smashing, at least so far in my viewing. 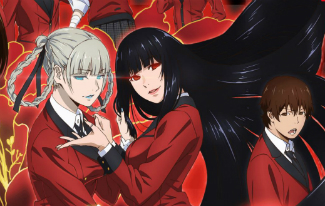 Kakegurui: Despite featuring shameless fanservice -- schoolgirl underwear, really? -- in the opening credits, the anime show itself is relentlessly focused on the second half of its original manga title: Compulsive Gambler, written by Kawamoto Homura and illustrated by Naomura Tōru.

Produced in Japan by MAPPA and directed by Hayashi Yuichiro, the series introduces Ryōta, a student at Hyakkaou Private Academy. The school is known for its wealthy and privileged students; it permits its students to gamble illegally by turning a blind eye to their after-school activities, believing that gambling trains their elite students to become better leaders.

Ryōta is a "pet," as male students who are in debt from their gambling losses are known. (Female students in this situation are called "muttons.") Ryōta is indebted to Mary, a top gambler at the school and someone who lords it over everyone else. But the arrival of Yumeko changes everything for Ryōta and Mary. Yumeko is the titular "compulsive gambler," which sets her apart from the other students.

The first two (of 12) half-hour episodes revolve around different games of gambling and utilizes traditional anime tropes -- and watch those short school skirts, ladies! -- but it's such a whiz-bang thing that it makes the episodes go fast. Two episodes were sufficient for me for one sitting, but I could see watching the series further to see if the characters or the school dynamics are explored further. 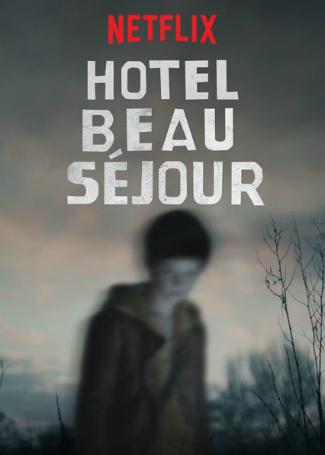 Hotel Beau Séjour: Starting with an element we've seen before -- a young woman wakes up, covered in blood, then discovers she's dead -- the show quickly shifts gears by twisting things around: okay, she may be dead, but then why can five people still see and interact with her?

The supernatural mystery is developed in a suitably mysterious fashion, which is enhanced by the crime drama that unfolds. Kato Hoeven (Lynn Van Roven) is the young woman in question. The opening sequence, in which she wakes up bloody and uncertain of what happened, and then discovers her own body slumped dead in a bathtub, concludes with her departing the titular hotel.

It turns out that the hotel is about to open after renovations. That leaves the field of suspects very large and open, in addition to Kato's own family and friends. Though she has no memory of it, Kato apparently broke up with her motocross racer boyfriend Leon (Maarten Nulens) the night before, which further complicates matters.

The Flemish-language series, set in Belgium, features a cast of low-key characters who are brimming with emotion, which appears to reflect the intended mood of the drama. After premiering in Europe, It debuted on Netflix about a year ago and received generally positive reviews. After finally watching the first episode, this is now high on my watch list, as much as anything just to see what happens and enjoy the atmosphere.

Notes on Streaming is a column about what's available on a variety of legal streaming services.