Sundance 2018 Dispatch: A Walk on the Wonderful Weird Side 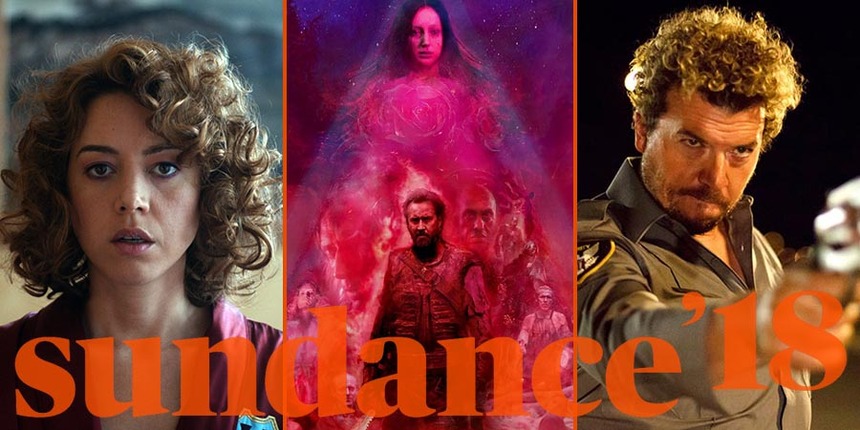 Yes it's been a particularly strong Sundance for the commercial fare on offer, but some of the surprising and most buzzed about titles at this year's festival fall into a category near and dear to Screen Anarchy readers. That is, of course, those wonderful weird and wacky movies. Usually that means midnighters, but sometimes they slip into other programs. It often takes these ones a bit longer to find a home, but if there's any justice for film fans a bit outside the norm, you'll be seeing these movies in theaters and at home soon. 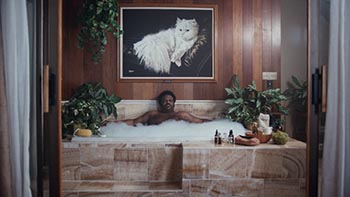 Earning himself the crown of King of Weird, Jim Hosking's 2016 Sundance debut The Greasy Strangler was a huge hit with midnight audiences. He's back just two years later with his same bonkers comedic style in tow in An Evening with Beverly Luff Linn. While the two films share enough similarities to greatly please Greasy Strangler fans (and to discourage anyone who wasn't), the big difference is that where that film was a midnight movie wrapped in Hosking weirdness, Beverly Luff Linn is a romantic comedy at its core. This may sound antithetical to a brand of humor that relies heavily on awkward people yelling bizarre things at each other, but it's a total success. While Hosking's wit and commitment take much of the credit, his secret weapon is the incredible casting that centers around Aubrey Plaza, Jemaine Clement, and Craig Robinson.

One of our most anticipated films going into the festival was Mandy, Panos Cosmatos's long awaited follow-up to Beyond the Black Rainbow. Fans of Cosmatos's wild brand of midnight madness will not be disappointed. This movie is gonzo in all kinds of wonderful way. Check out Noel Lawrence's great review for plenty more details and get ready to drop in for this one. 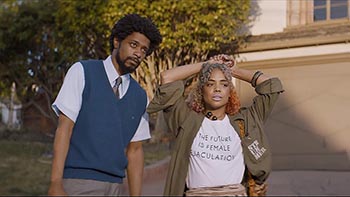 Best known as a musician and rapper with Bay Area group The Coup, Boots Riley introduced his directorial debut Sorry to Bother You with an anecdote about getting sick of making music and deciding to make a movie instead. It seems his whims pointed him in the right direction as he clearly has talent to go with his bizarre sense of humor. Sorry to Bother You is a fantastically absurd story of a telemarketer played by Lakeith Stanfield who stumbles into huge success by selling with his "white voice" (voiced by David Cross, obviously). It sounds wild and that's really just the tip of the bizarre iceberg that includes nods to Michel Gondry galore. The stellar extended cast includes Tessa Thompson, Steven Yeun, Jermaine Fowler, Omari Hardwick, Armie Hammer, and Danny Glover. At 105 minutes, it perhaps has more than enough time to develop the crazy twisting plot, but the hilarity and performances are far more welcome than not.

One last wacky Midnight section entry that did not disappoint was Jonathan Watson's feature debut effort, Arizona. Produced by Rough House, the film stars Danny McBride as a dude who finally loses his shit in the midst of the housing crisis. Rosemarie DeWitt plays a real estate agent who finds herself in the wrong place with McBride's character's frayed rope snaps. Watson deserves much credit for committing to the "loses his shit" part of the plot and allowing McBride to straight up go for it. Few punches are pulled making this a surefire hit with midnight crowds.

Do you feel this content is inappropriate or infringes upon your rights? Click here to report it, or see our DMCA policy.
Danny McBrideFestival dispatchesNicolas CageSundanceSundance 2018

More about Sorry to Bother You