The tenth edition of BAMcinemaFest, screening at the Brooklyn Academy of Music's BAM Rose Cinemas and the BAM Harvey Theater through July 1, continues its tradition of showcasing bold, idiosyncratic, and accomplished cinematic visions in American independent cinema, along with some remarkable international films as well. This festival dispatch covers some of this year's spotlighted films. 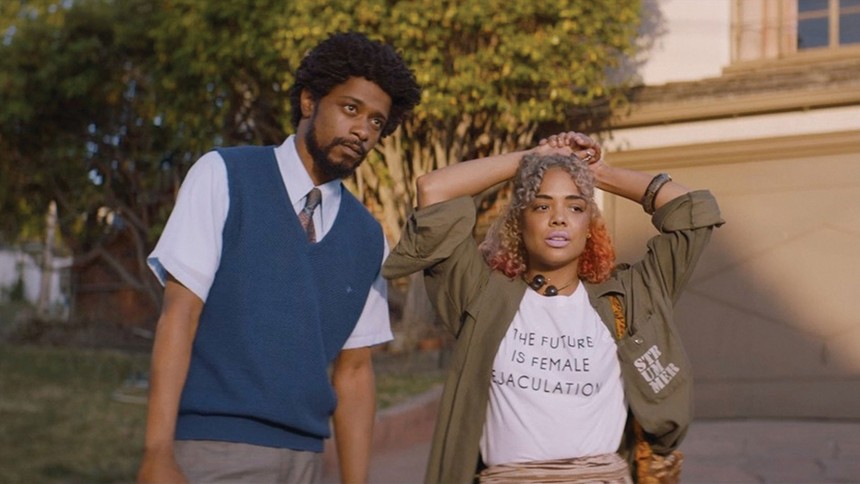 The opening night film Sorry to Bother You, radical hip-hop artist and The Coup frontman Boots Riley’s wild, balls-to-the-wall satire, derives its title from the corporate realm of telemarketing that forms the film’s central setting, the opening line of intrusive telephonic salespeople bothering us as we go about our daily lives. The sycophantic meekness of this line is exactly the opposite of the effect of this ambitious if ultimately exhausting and unfocused work, a cinematic Molotov cocktail aimed at the inhumanely corporate profit-driven nature of modern American society, set in a near-future dystopia.
Riley has a lot to say about ruthless corporate profit-seeking, ultra dumbed-down mass entertainment, union-busting, the difficulties of practicing art in a society that relentlessly devalues it, and many other subjects. His style has an appealingly lo-fi vibe that often recalls Michel Gondry and Spike Jonze, becoming more outlandishly surreal as the movie progresses. However, by the latter passages it becomes a case of the creator biting off way more than he can chew, as his potent political points becoming smothered in deliriously weird sci-fi tropes. Still, Riley proves to be a new voice well worth listening to, a diamond-in-the-rough talent whose progress will be quite fascinating to follow. 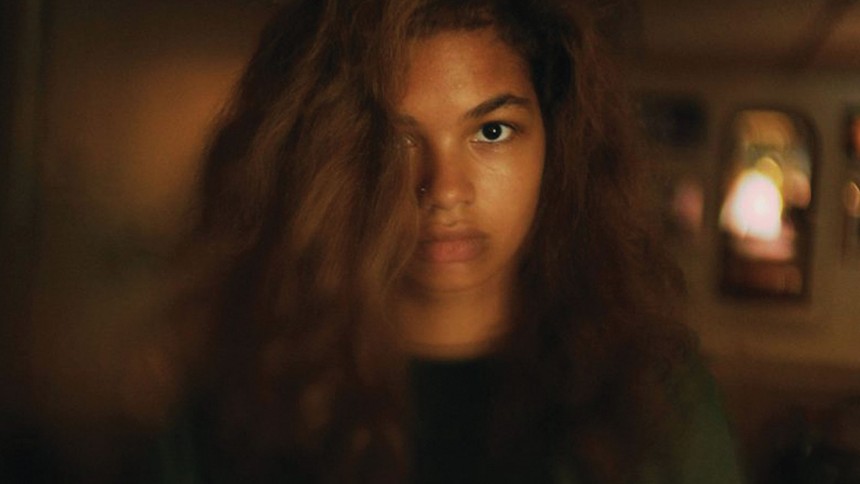 With just three features under her belt, including Butter on the Latch and Thou Wast Mild and Lovely (three-and-a-half if you count the co-directed Flames, a fascinating, underseen home movie/relationship psychodrama), Josephine Decker has emerged as one of the most exciting and iconoclastic ground-breakers in the American independent film landscape.

Her latest, Madeline's Madeline (the closing night film), is her finest yet, its reportedly chaotic production belied by the bold, convention-shattering atmosphere Decker intricately builds with her collaborators. Key among these are ace cinematographer Ashley Connor (providing images alternately dreamily abstract and painstakingly precise), and actors Miranda July, Molly Parker, and the astonishing discovery Helena Howard, who makes a riveting debut as the title character.

Against the backdrop of an experimental theater troupe creating a work mined from Madeline's fraught home life with her mother (July), headed by a simultaneously mentoring and exploitative director (Parker), Decker explores issues concerning the creative process, personal stories and who owns them and has the right to tell them, coming-of-age experiences from an intensely female perspective, and many other subjects in a way that's self-referential without feeling claustrophobically insular. The result is almost inevitably divisive, depending on one's tolerance for the upending of conventional cinematic language that is Decker's stock in trade, but undeniably powerful and memorable. 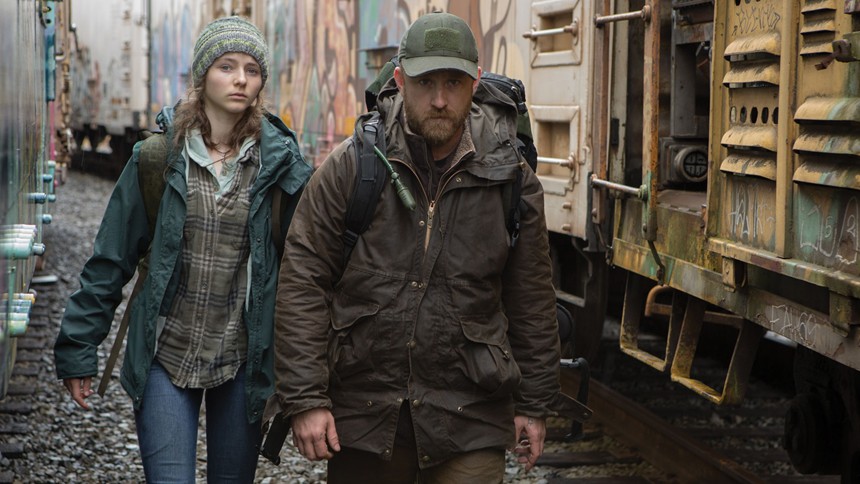 Eight years after her last feature Winter's Bone, which introduced audiences to a young up-and-coming actress named Jennifer Lawrence, Debra Granik returns with Leave No Trace, a low-key yet tenderly affecting story of a father and daughter (Ben Foster and Thomasin Harcourt McKenzie, another talented newcomer) living off the grid deep in the forests of Portland, Oregon. The father is a vet suffering the lingering effects of PTSD. The circumstances that led them to their current way of living are left tantalizingly vague, but what is undeniable is the father's deep devotion to and fierce protectiveness toward his daughter.

The film vacillates between a sympathetic portrayal of the way these two live, resourcefully living off the land and rejecting materialistic pursuits, and a critical assessment of how the young girl is being denied much of the social development of other girls her age. The atmosphere is hushed and quiet to a fault, sometimes seeming diffuse nearly to the point of being insubstantial. However, the young woman's growing assertion of independence from her father and his troubled mental state builds to a very moving and open-ended yet emotionally satisfying conclusion. 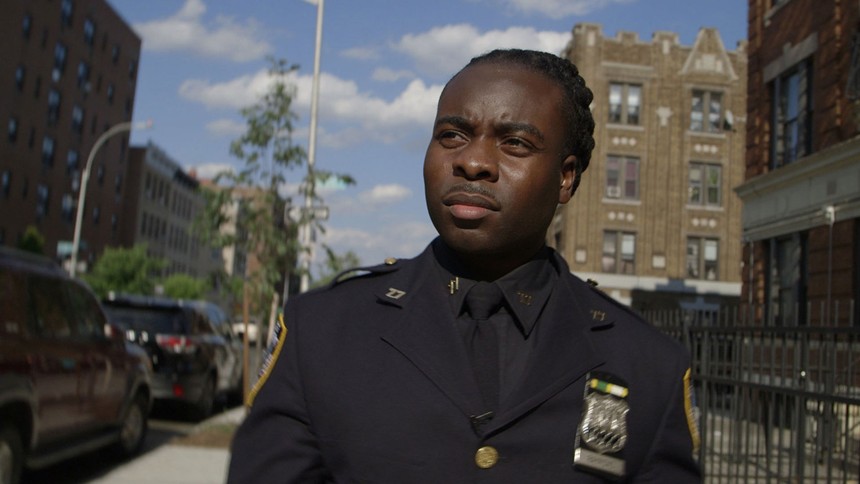 Brooklyn-based documentary filmmaker Stephen Maing's previous feature High Tech, Low Life followed citizen journalists in China fighting state censorship. His latest, Crime + Punishment, takes on a subject much closer to home: racism, corruption, and harassment of both dissident officers and citizens by the NYPD. The film features members of the "NYPD 12," who exposed the department's continuation of arrest and summons quotas, an officially outlawed practice that disproportionately impacts blacks and Latinos. Maing's intensely fly-on-the-wall filmmaking approach vividly illustrates the risks and dangers of the officers' going public with their findings and experiences. Although there some of the subjects experience at least partial victories over the authorities, there is also a feeling of anger and despair that one feels over the corrosive nature of the distrust enegendered by the NYPD's near-constant violations of the civil rights of those they are charged to serve and protect.

Do you feel this content is inappropriate or infringes upon your rights? Click here to report it, or see our DMCA policy.
BAMcinemaFest 2018Boots RileyCrime + PunishmentDebra GranikJosephine DeckerLeave No TraceMadeline's MadelineSorry to Bother YouStephen Maing

More about Sorry to Bother You