SXSW 2016 Preview: Our 10 Most Anticipated Indies

Beyond the red-carpet gala screenings of highly anticipated movies that will soon open across the country -- think Richard Linklater's Everybody Wants Some, Jeff Nichols' Midnight Special, Ti West's In a Valley of Violence, Fede Alvarez's untitled thriller -- and beyond high-profile, so-called 'work in progress' screenings -- Seth Rogen's animated Sausage Party, Key and Peele's Keanu -- the heart of SXSW remains the independent films, whether from the U.S. or elsewhere.

Frankly, with more than 130 films screening at the festival, and only three of us from the ScreenAnarchy crew -- Zach Gayne, Jeremy O. Harris and myself -- attending this year, it's impossible to cover everything of interest. But we've looked at the program as closely as possible and picked out a few notable titles that caught our collective eye. As always, some of the best titles likely remain in hiding and will surface during the festival; we remain ever open to the possibilities of discovery, whatever the source. 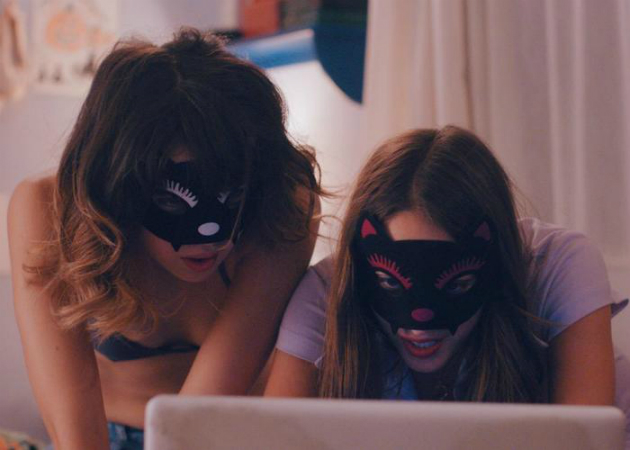 "Feeling confined by their small town and overbearing parents, Annie and Jules hatch a scheme of running away. The only issue is, they need the money to get there. Jules suggests the couple try webcam modeling. Although she’s nervous at first, Annie can’t argue when the money starts rolling in. But as the girls soon find out, consequences can blindside you. Sometimes violently."

Why? I've attended SXSW since 2008, and in those years I've learned that track records matter as much as intriguing premises. This movie has the benefit of Travis Stevens as producer, as well as a cast that includes Nichole Bloom, Pat Healy, Michelle Borth and AJ Bowen, all solid names with good to great past work. Combined with the premise, that makes this an easy pick for me. 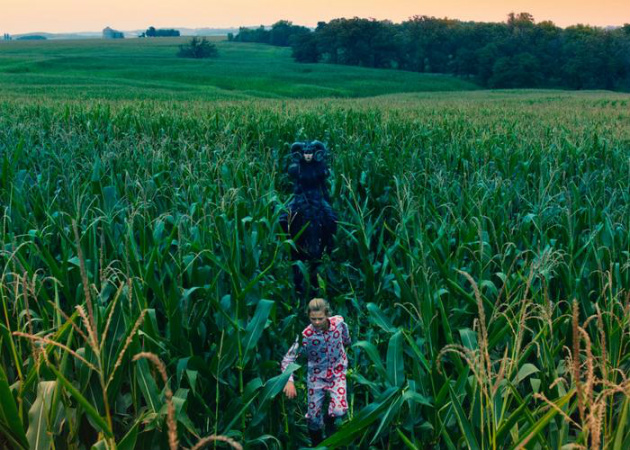 "A fairytale thriller set in the 1980s Midwest farm crisis about a courageous girl living in a dark and sometimes magical world. When 11-year-old Gitty discovers that her beloved father is hiding a wealthy man in her family's silo in order to save their struggling farm, she befriends the captive in secret and is forced to choose between saving the man's life and protecting her family from the consequences of their actions."

Why? We debuted four new photos from the film a few days ago, and that got me intrigued. Director Hamilton is making her feature debut. Her background as a a protégé of Terrence Malick may be more divisive nowadays than it once was, but looking at the photos and the premise, I want to see what she makes of her fairytale thriller. 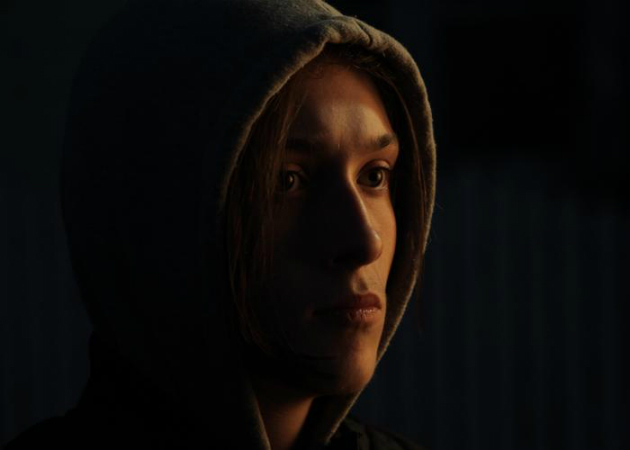 I Am Not a Serial Killer
Directed by Billy O'Brien

"Sixteen-year old John Cleaver is dangerous, and he knows it. He’s obsessed with serial killers, but really doesn’t want to become one. Terrible impulses constantly tempt him, so for his own sake, and the safety of those around, he lives by rigid rules to keep himself 'good' and 'normal.' However, when a real monster shows up in his town he has to let his dark side out in order to stop it – but without his rules to keep him in check, he might be more dangerous than the monster he’s trying to kill.

Why? I saw O'Brien's Isolation at Fantastic Fest in 2006 and described it as "a thinking man's mutant cow movie." The movie has stuck to me every since. I'd love to see what O'Brien is up to now. 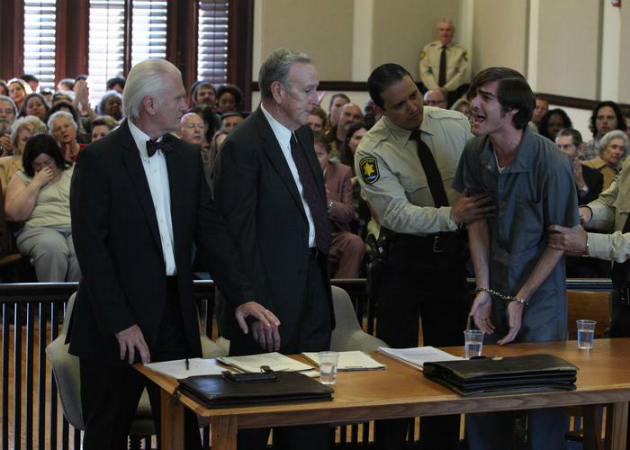 "Based on true events. Amarillo, Texas, Halloween, 1968, Sister Tadea Benz, a 76 year old nun is raped and murdered in her bedroom in her convent. A teenager from the wrong side of the tracks, Johnny Frank Garrett, is arrested but claims innocence. His trial is a farce and he is sentenced to death. On the day of his execution, Garrett writes a curse letter saying his spirit will return and kill not only those involved with his sentencing and death but the members of their families too. Sure enough, soon after, those involved in the execution start dying and it is left to one of the jurors to try to solve the riddle of who actually killed Sister Tadea Benz to save his son."

Why? Simon Rumley has hatched a pack of solid short films and his last two features, The Living and the Dead and (especially) Red, White & Blue fried my nerves, so I'm eager to see what he's cooked up next. 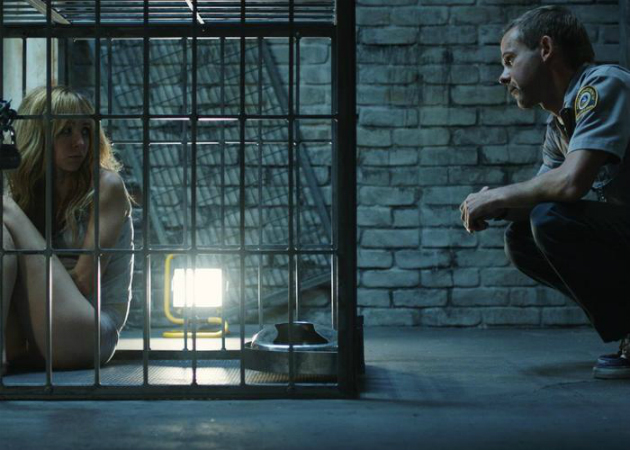 "In the vein of Hard Candy and Gone Girl, Pet is a psychological thriller that deals with the themes of identity, loneliness, selflessness and what it means to truly belong to another. It's told through the prism of two isolated people, Seth and Holly, seemingly different yet more similar than they even knew. Pet is at its heart a dark love story which examines how much one is willing to sacrifice in the name of love."

Why? I met director Carles Torrens at the Morbido Film Festival in 2014 and he seemed, like many filmmakers, to be a determined sort. I wasn't the biggest fan of his debut film, the found-footage flick Apartment 143, but I was impressed by his more recent short Sequence and hope that this movie lives up to the possibilities of its premise. 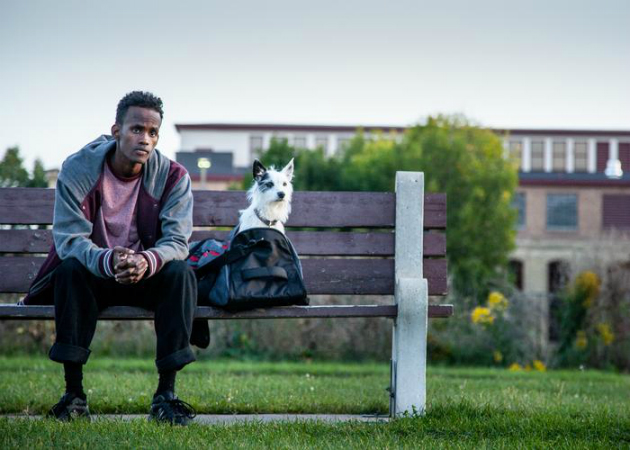 A Stray
Directed by Musa Syeed

"In Minneapolis’ large Somali refugee community, Adan has nowhere to go. His mom kicked him out, and his friends are tired of his headstrong ways. As a last resort, he moves into the mosque, praying for a little help. Surprisingly, God seems to answer. Adan quickly lands a good job, devout friends, and a newfound faith. When Adan nearly hits a stray dog on the job, he’s forced to take it in for a night. But one of his new mosque friends considers the dog impure, and he throws Adan out. With Adan back on the streets, surrounded by his old crew, ex-girlfriends, prying FBI agents, and his estranged family, the dog may be his only friend as he tries to keep his faith and get through the night."

Why? Something about the premise touched me to the depths of my soul. 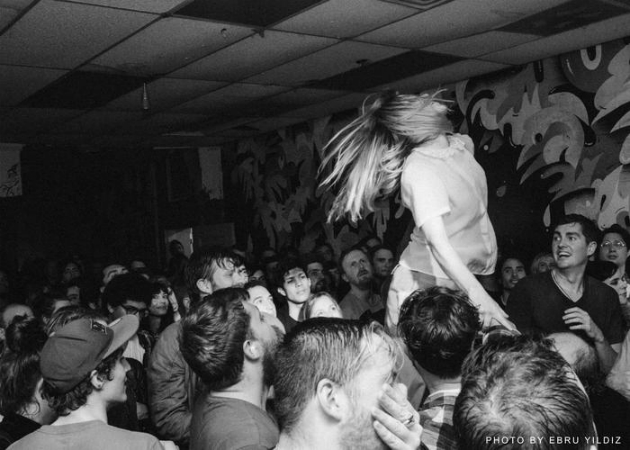 "From 2005 to 2014 Death By Audio served as a venue for underground music, art and a non-traditional living environment. Founders: Oliver Ackermann, Edan Wilber and Matt Conboy, endure the challenges of hosting hundreds of people a night with looming threats of building department or police raids. Under ironic circumstances, we follow them through the last days as they navigate a billion dollar company moving into their building and the associated threats and intimidation to keep residents in fear of reprisals."

Why? Even though it's been a long time since I lived in Brooklyn, I remain fascinated by the borough, especially in what's happened in the 20-plus years since I moved away. Add to that, the story of any fight against a billion dollar company fascinates me. 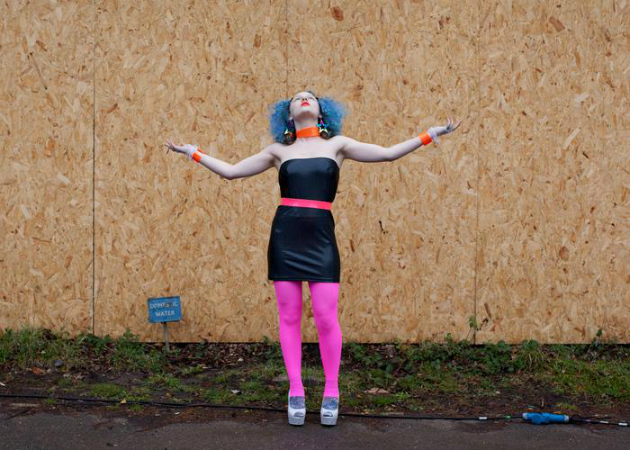 "Lucidia is a teenage cyber-goth whose mother died mysteriously seven years ago in the family swimming pool. Her father Gabriel is an archaeologist who can’t move on. When Lucidia disappears in an apparent alien abduction, Gabriel is forced to confront her strange outsider friends and meets Tegan, a girl obsessed with unicorns and black holes. Emotional and audacious, the story is told from multiple points of view in an intriguing ride through a constellation of characters who are pulled together by teenage gravity, surrounded by adults who also feel the same irresistible pull as they orbit their own elusive identities, all looking for a universe to call their own."

Why? You had me at "apparent alien abduction." At my age, I really should identify more with Gabriel, the apparently befuddled father, but in any case, this has the potential to be rather glorious (or a glorious mess). Either way, count me in. 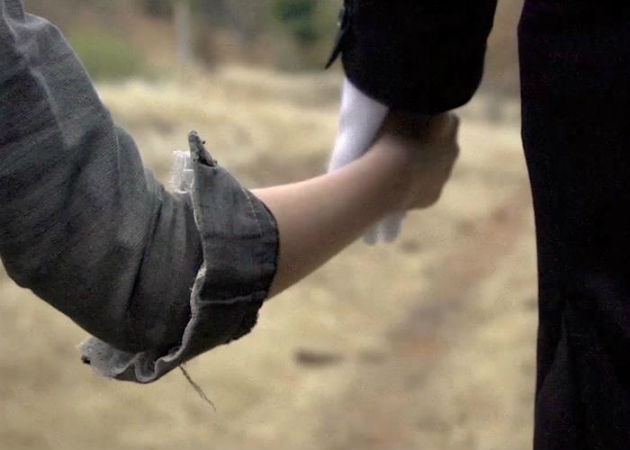 The film "tells the story of the internet’s elusive Boogeyman and two 12-year-old girls who would kill for him. Morgan Geyser and Anissa Weier lured their best friend into the woods, stabbed her 19 times, then set out on an odyssey to meet the tall and faceless man known online as Slenderman. Shot over 18 months with heartbreaking access to the families of the would-be murderers, the film plunges deep down the rabbit hole of their crime, a Boogeyman and our society’s most impressionable consumers of media. The entrance to the internet can quickly lead us to its dark basement, within just a matter of clicks. How much do we hold children responsible for what they find there?"

Why? I read the premise, and that's enough for me. 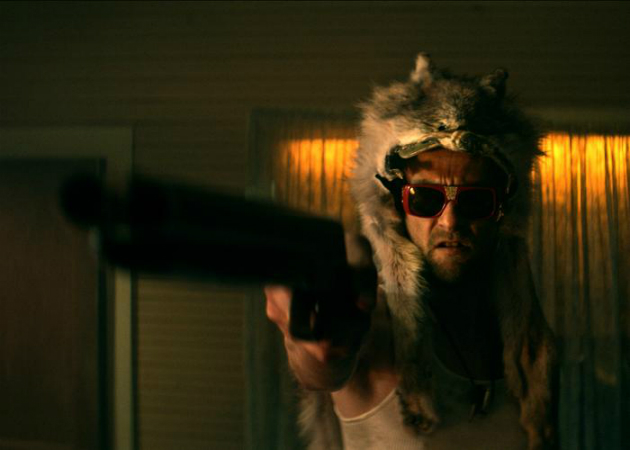 "Deaf and mute since having his hearing knocked out at the age of 12, Asher has been training for almost two decades to avenge himself on Ivan, the man that killed his older brother, 21 years ago. And now that his nemesis is out of prison, he gets his chance. But Asher's target also happens to be his father."

Why? This pick is based almost entirely on the trailer, which you can watch below. The combination of chaotic action and melancholy drama is pretty irresistible.