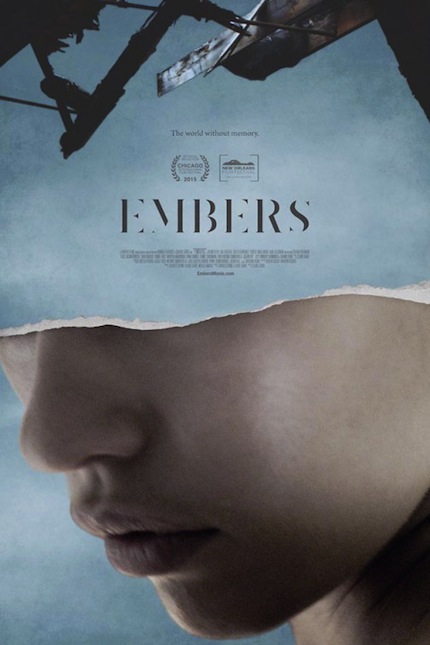 Embers, Claire Carré's philosophical science fiction film, added to its awards caché this past weekend at the Trieste Science+Fiction Festival, winning the Asteroide Award. I was proud to be on the jury, along with Pedro Suoto from MotelX, and film critic Mauro Gervasini. In his review, Ben Umstead described it as a film "that reaches deep inside humanity, inside our collective soul (a collective history beyond memory), searching for that basic instinct, that inherent self beyond self." The physical award is created each year by a local artist, making it even more memorable for the filmmakers.

Other notable award winners include Under the Shadow, which was given the Web Critics award from Italian film journalists; Sum of Histories, which won the Méliès d'Argent for Best European Fantastic Feature Film; and Moonwalkers, about the making of the 'faked' moon landing, which won the Audience Award. I Am Not a Serial Killer won the Nocturno Nuove Visioni Award, "for the unusual combination of dark humour, horror and coming-of-age story", and Italian film Monolith was given the CineLab jury's special mention for outstanding Italian production.

Do you feel this content is inappropriate or infringes upon your rights? Click here to report it, or see our DMCA policy.
EmbersMonolithMoonwalkersSum of HIstoriesTrieste Science+Fiction FestivalUnder the Shadow

More about Sum of Histories