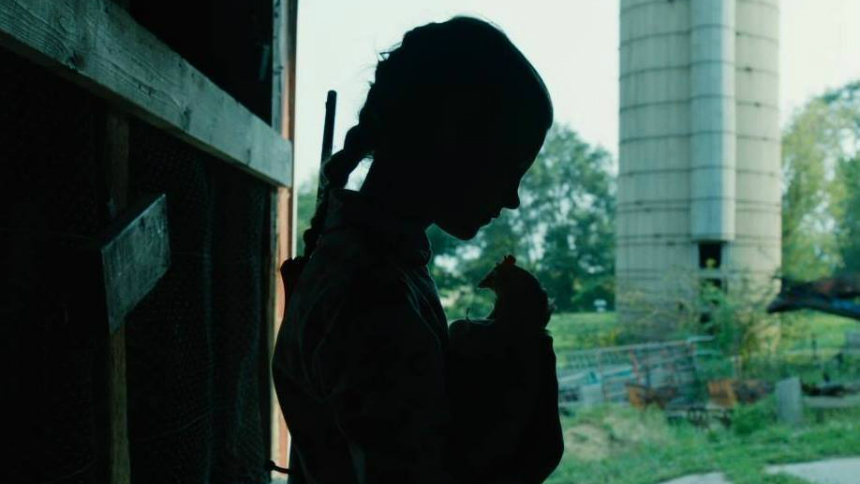 But for hundreds of farmers across the heartland of the U.S.A., times were desperate. They were losing their farms, their homes, their livelihoods. Some committed suicide. Some did whatever they could to hold onto their property and survive.

In American Fable, Gitty, 11, is a guileless dreamer who has always lived with her family on their farm. She loves to run through endless acres of cornfields and play with neighboring kids and soak in the fresh air and dream up simple fantasies of a horse and its rider. Her father Abe (Kip Pardue) and her mother Sarah (Marci Miller) share a special love and they plainly love their children, not only Gitty but also the older, teenage Martin (Gavin MacIntosh). He's a bully to his younger sister, meaner than might be expected, but Gitty can shake that off as she basks in the love of her parents. She has a special relationship with her beloved father, as young girls often do, and that sustains her through any times of troubling thoughts.

One day, Gitty wanders near a silo on a remote part of their farm and is startled to hear a voice. Curious, she investigates, and discovers that a man in business clothing is, for some reason, locked in the silo. He begs for her help, while urging her to not tell anyone what she has found. Gitty backs away, and returns home, but her curiosity has been piqued. And soon, her life will be changed.

Writer/director Anne Hamilton is a protégé of Terrence Malick and spent a year as an intern on Malicks's The Tree of Life before making her first short film. As the camera sweeps through the cornfields and the endless sky beckons above during the opening reels of American Fable, it's easy to spot Malick's influence. Hamilton sets herself and the film apart early on, though, because the story is presented from Gitty's perspective. We see what she can see and we hear what she can hear. 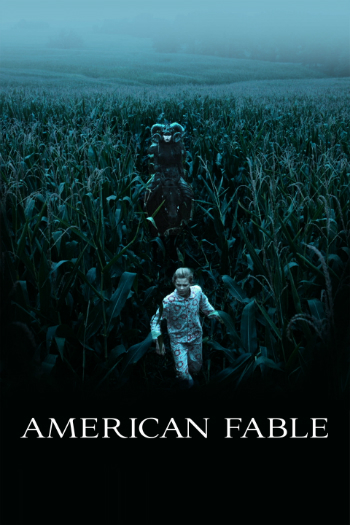 So a trip to a local fairground at night is both magical and mysterious, as Gitty enjoys playtime and cotton candy, while wondering why her father is meeting with a dark-eyed woman named Vera (Zuleikha Robinson), who seems to have swept in from one of Gitty's puzzling fantasies. Gitty may be naive and inexperienced, but she is not stupid; she's also more than capable of making her own moral choices. Young actress Peyton Kennedy captures her character's wide-eyed innocence, as well as the strength of her personality. It's a splendid performance.

Pardue and Miller evince multiple layers as the parents. They love their children, they love each other, they love their farm, and they love their life on the farm, which is the bedrock of their lives, not easily overturned or given up. As the hulking older brother, Gavin MacIntosh is more one-dimensional, but perhaps that's how many older brothers are viewed by younger sisters, especially when there's a gap of several years and the older one feels that he's left behind childish things.

Robinson is properly "other," not only in her appearance but in the way she conducts herself above and apart from the family members. Rusty Schwimmer contributes a nice turn as Ethel, a somewhat clumsy authority figure. Richard Schiff portrays the businessman and delivers, as usual, a well-nuanced performance that's always compelling.

Wyatt Garfield's cinematography is gorgeous to behold, whether it's running through a cornfield in the magic hour or observing two people talking in the dark. That's matched by Amanda C. Griffin's editing, Bret August Tanzer's production design and Adri Siriwatt's art direction.

Not everything in American Fable works as well as it should or could, but it's very easy to fall under the spell cast by Hamilton, her team, and the cast. American Fable is totally involving and teems with brilliance.

Review originally published during SXSW in March 2016. The film opens in select theaters and on Video On Demand platforms on Friday, March 17, via IFC Films.

Do you feel this content is inappropriate or infringes upon your rights? Click here to report it, or see our DMCA policy.
American FableAnne HamiltonGavin MacIntoshKip ParduePeyton KennedyRichard Schiff