PET Trailer: Dominic Monaghan is a Creep in Acclaimed Thriller 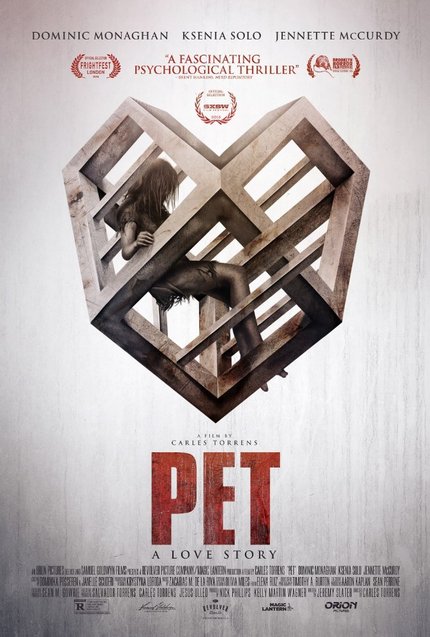 When I spoke with Domonic Monaghan last year he told me that Pet (review) was a film that he'd been trying to produce for over five years and that it was the best script he'd read pretty much ever. So, as you can imagine, I've been more than a little interested to see it.

Pet, directed by Carles Torrens, is a psychological thriller in the vein of Hard Candy, where would-be captor Dominic Monaghan gets more than he bargained for when he abducts Ksenia Solo, who plays the the object of his affection.

Pet is written by Jeremy Slater, who currently writes on The Excorist TV show and who wrote the most recent Fantastic Four. It also stars Jennette McCurdy, Nathan Parsons, and Gary Tunnicliffe.

Orion Pictures and Samuel Goldwyn Films have partnered to release the film in limited theaters and VOD on December 2, with a home video release to follow on December 27.

Do you feel this content is inappropriate or infringes upon your rights? Click here to report it, or see our DMCA policy.
Carles TorrensDominic MonaghanhorrorKsenia SoloPETthrillerTrailer