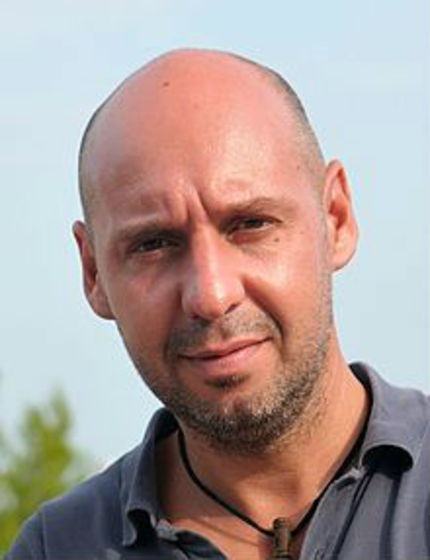 Jaume Balagueró is turning to an English-language Muse.
That's the title of the next supernatural thriller from the director of the exquisitely good Sleep Tight (Mientras duermes) and the recently-arrived [REC] 4: Apocalypse. Before the success of the first [REC] installment, however, Balagueró made a name for himself with The Nameless (Los sin nombre) and then tried his hand at an English-language thriller with Darkness, released in the U.S. at the tail end of 2004. My memory of that picture, starring a very young Anna Paquin, is that it was a slow-burn, atmospheric and haunted piece, much like The Nameless.
He co-wrote Muse with Fernando Navarro. Per the announcement in Variety, the synopsis goes like this:

Muse turns on Salomon, who has been off work since the tragic death off his girlfriend. Now, anxious to return to some semblance of normality, he goes back to his job as a police officer. But he hasn't slept for months and has been suffering a recurring nightmare in which a woman is brutally murdered.
Back at work, the nightmare becomes a reality: the same woman who appears every night in his dreams is found dead in exactly the same circumstances. Now, Salomon will do whatever he can to solve this case and to discover the identity of the mystery woman.

The film will be produced by Filmax International, which will offer it to buyers at the upcoming American Film Market in Santa Monica, California.
Sign-In to Vote
Tweet 0 Submit

DARKNESS started out as an adaptation of H.P. Lovecraft's short story DREAMS IN THE WITCHHOUSE but then it and Balaguero got the Weinstein treatment...

Good news ! Jaume is trying to produce this adaptation of José-Carlos Somoza's Book "La dama número trece" (The Number Thirteen Lady) since its publication in 2003. He is way better than these Rec movies...