Spanish Film Fest Review: SLEEP TIGHT Will Have You Checking Under Your Bed 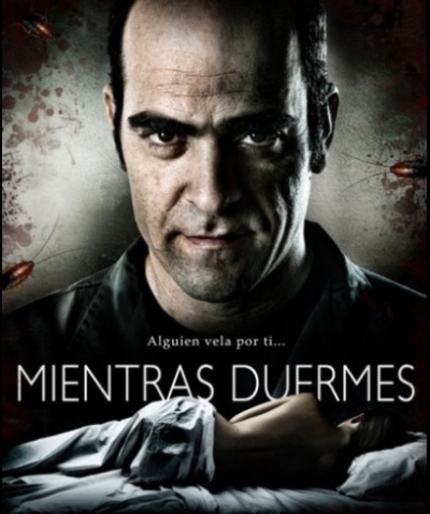 The Spanish Film Festival in Australia is in its sumptuous 15th edition and has handpicked the very best comedies, dramas, animations and thrillers from Spain and Spanish-speaking Latin America.

It is a great line-up this year and Twitch is delighted to bring you reviews of the best the festival has to offer.

The twisted thriller Sleep Tight is the closing night film of the festival and the latest from director  Jaume Balagueró , (of Rec fame) the story revolves around the embittered Cesar (Luis Tosar, Cell 211), the concierge of a Barcelona apartment building in which the majority of the film is set. For reasons unknown he obsessively plots to make one happy-go-lucky resident Clara (Marta Etura) miserable, but as the days pass and as the reasoning for his actions becomes clear , his cruel intentions escalate beyond obsession.

Sleep Tight is an emerging experience, much like zombie horror Rec it is set in an apartment building and it is fully realised in its conclusion, but this is a much more subdued, permeating and different type of evil. The daily woes of Cesar and his mask of pleasantries become more sinister as the days progress over the week. The tightknit plot and control over character and location works with this immediate timeline, enhancing this claustrophobic and intriguing tale.

Cesar's intentions are unclear and this is a mystery that is further enhanced by some odd interactions he has with the tenants in the apartment block, in particular a little girl who is extremely rude to him as he hands her a fresh bill, and a kindly old lady who he convinces is lonely and miserable. It is only later learned that the unsavoury transaction he has with the girl and the cruel way he talks to others actually relates to the beautiful and bubbly Clara; his primary target. The first few scenes with her leave such an impact as the preceding scene acts as a setup to confirm the warped scenario he is playing out. From where he sleeps to what toothbrush he uses, the little things take on an ominous significance.

Cesar is a master creep, for all intents and purposes he should be utterly despicable but he is played with such complexity by Luis Tosar that it is not hard to feel his plight and in a bizarre way sympathise with him. Here we have a predator, a man on the brink, a dark, bitter and heartless man and yet, at times I found myself sadistically hoping he would succeed in his grand scheme.

His genuinely intelligent manipulation and uncanny luck defies movie logic, he is a bad guy, in a thriller; it can end only one way. Yet, I was incredibly surprised and rewarded with this feeling culminating from an extremely tense scene of evasion and detection. The film has succeeded admirably by this point; there should be no cause for such a man to go free, he should be caught and it should be a relief and yet my response screamed otherwise. This is masterfully executed, and although it is a strange feeling to root for the psychopath, I welcomed this fresh new experience openly.

Sleep Tight comes highly recommended, it is completely gripping from start to finish and is carried by Tosar's immensely complex performance as he manipulates everything to his advantage, focusing only on his magnificently distorted goal and plunging headfirst into refreshingly unpredictable results. 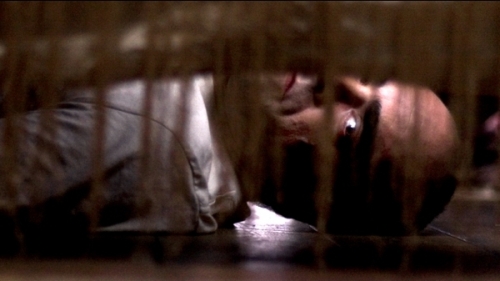