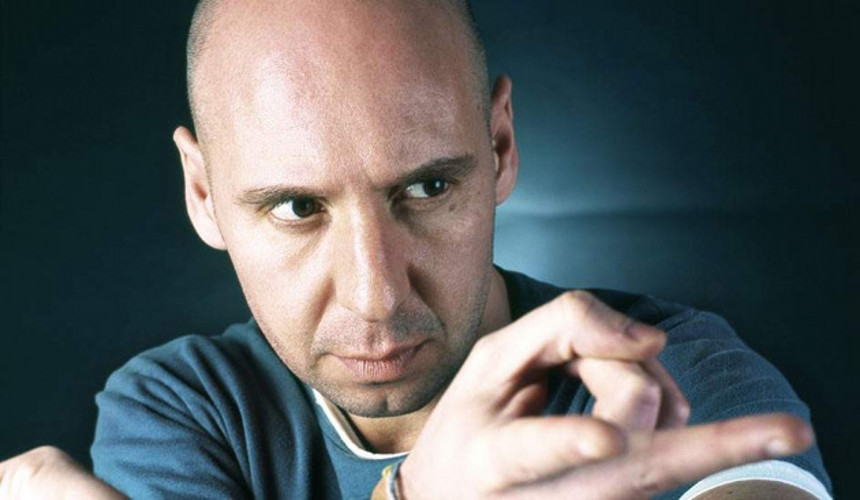 Sitting at the helm of eight features plus assorted shorts and television projects over the past thirteen years and moving ably between English and Spanish language projects, director Jaume Balaguero has steadily built himself a reputation as one of the finest, most consistent directors of genre cinema on the globe. His work on the [REC] franchise pushed his popularity to a new level but before getting to work on the fourth and final installment of the series Balaguero took time out for something quite different - a dark thriller titled Sleep Tight. And with Sleep Tight poised to release on DVD and BluRay January 8th we had the chance to ask the man a handful of questions via email.

Read the complete interview below and check this link for your chance to win a copy of Sleep Tight on BluRay! Contest closes today!

I believe this is the first film you have directed where you weren't the screenwriter (after more than ten where you were). How was the experience? Did you feel the urge to rewrite a lot yourself during the shoot?

SLEEP TIGHT is my first film in which I did not participate in the writing of the script. Once I decided to direct the film, I worked with the writer for a few weeks to bring the story a bit more to the field that interested me. We made some modifications to enhance the suspense, and it was the appearance of this element in the story that really interested me.

Was there any difference in your approach to filming with the main character being the villain, as opposed to your previous films, where the protagonist is ostensibly good? Did you want his audience to relate to the 'bad guy'?

This, for me, was the great challenge of the film: telling a story from the point of view of the villain, as opposed to the victim. It allowed me to position my viewers on the side of evil, making them participate alongside the villain... to live with him, to identify with him, and almost understand him. I wanted to establish an exciting and disturbing morality play, in which the audience was a necessary participant. And, of course, explore a totally new and exciting way to portray the suspense film.

Does the tone of your films change depending on the language being spoken? Does the timbre of either English or Spanish shape the way you are able to tell a story, or does language selection play no role from the standpoint of plot?

I think that the choice of language is important when choosing the tone of the film. All languages ​​have infinite possibilities to bring about the tone you want in your story. But, I admit, my greater fluency in Spanish does allow me to be more subtle and accurate in that language.

After the overwhelming success of the [REC] franchise, did you consider it important to do something else before [REC]⁴ to avoid being treated as just 'the [REC] director'? How does success on that scale change how you approach projects?

It was important for me to do something different, and so I decided not to participate in or direct [REC]³ - instead, I went about directing SLEEP TIGHT. After [REC]⁴, which will begin filming in March, I'm going to work on another project that is a totally different kind of horror.

There is a lot of concern about the future of Spanish film with the changes the current government is bringing into the support system. What do you think the future for you, for your peers and for the next generation will be? If the government pulls support of short film production, where will the next generation come from? Are you looking to work more outside of Spain?

I think the next generation will be making short films. They'll find their own ways to fund them, although I believe it will be in smaller and smaller amounts. I am thankful that I do not have these problems, personally, as my films are financed largely through international sales and have usually been well received at the box office - which I hope will remain the case! In any case, as times change, the idea of ​​making another film in English has become increasingly tempting.