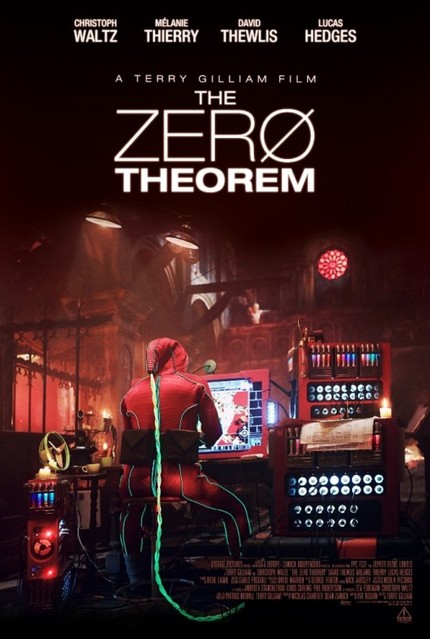 Fans of Terry Gilliam rejoice, for word has just arrived that his latest effort - the Christoph Waltz starring oddity The Zero Theorem - has found a US home with Amplify and WellGo USA teaming up to release the film with Amplify planning a theatrical release this summer and WellGo handling the home video release. Here's the official word:

New York, NY  March 5, 2014 - Amplify and Well Go USA Entertainment have teamed up to acquire the U.S. rights to acclaimed director Terry Gilliam's science-fiction opus, THE ZERO THEOREM.  The partners will release the film to theaters across the US in late summer, with a home video release to follow. Amplify will handle theatrical and digital distribution rights, with Well Go USA releasing the film on DVD and Blu-ray.

Directed by Gilliam (Brazil, Twelve Monkeys, Monty Python and the Holy Grail), THE ZERO THEOREM stars two-time Academy Award winner Christoph Waltz (Django Unchained, Inglorious Basterds) as Qohen Leth, an eccentric and reclusive computer genius plagued with existential angst.  Living in isolation in a burnt-out church, Qohen is obsessively working on a mysterious project personally delegated to him by Management (Matt Damon) aimed at discovering the meaning of life - or the lack thereof - once and for all.  Increasingly disturbed by unwanted visits from people he doesn't fully trust, including the flirtatious Bainsley (Mélanie Thierry), Management's wunderkind son Bob (Lucas Hedges), his unpredictable colleague Joby (David Thewlis), and would-be digital therapist Dr. Shrink-Rom (Tilda Swinton), it's only when he experiences the power of love and desire that he's able to understand his own reason for being.