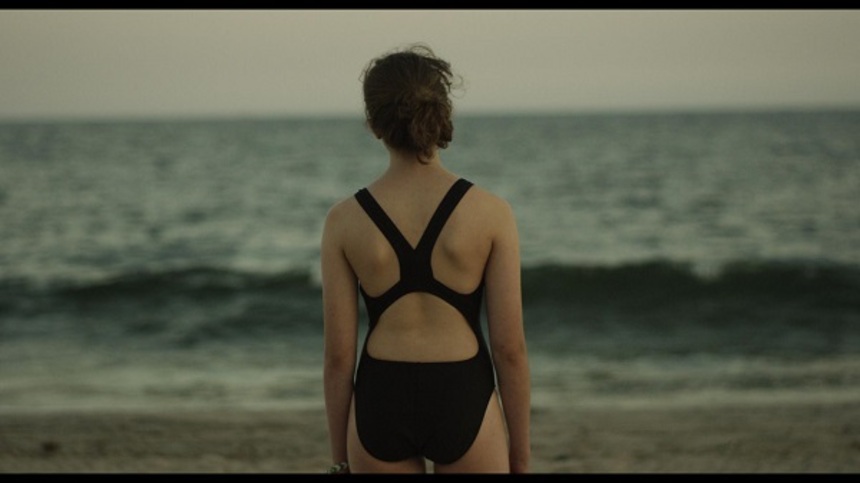 Welcome to my daily coverage of the Melbourne International Film Festival! It may kill me, but I aim to bring you daily updates over the next 17 days of the definitive three or four films that certainly got my attention, as well as links to past ScreenAnarchy reviews to ensure you have all the information you need regarding your MIFF picks.

Today kicked off extremely well with sobering teen indie flick It Felt Like Love. Changing gears, but equally as heartbreaking was Cannes pick Bends, followed by the explosive and searing documentary Dirty Wars. Not done with tragic tales, I held back the tears during Fruitvale Station, then picked my spirits up with South Korean oddity Behind The Camera. I ended day one with the ultra gory and extremely satisfying You're Next.


It Felt Like Love is a stunning debut of intense introversion from director Eliza Hittman. It follows 14-year-old Lila (an incredible performance by first-timer Gina Piersanti) as she navigates a promiscuous malaise of teen sexuality.

The film opens with her standing at the cusp of a wave. She looks out to the horizon as the water recedes and then to her friend Chiara, whom she lives through vicariously. Lila has something to prove; she is a veteran of sex, at least that is the act she tries to pull on everyone in her life, to no avail. Her existence is an insular one, and the film perfectly encapsulates this to the point that it feels there is no world outside of her social circle.

Lila is confused; she has no mother and her father openly states he does not care what she does, instead he is more interested in teasing the family pet.

With no direction, Lila assumes her place in life must involve sex. She is, of course, curious and hears things from Chiara that she relays to her younger neighbor, a boy she probably hopes will make a pass at her, but never does. Masculinity plays a huge part in this; it is the counter-balance for Lila's attitude and is often confusing and disturbing. Older teen boys pervade her life after she develops an infatuation with Chiara's one-time love interest Zach.

The film hammers home the message of rebellious and confused youth through Lila's actions and consequences, which often border on tense, as men try to take advantage of her. The film pushes this point perhaps too much, but it does not really take away from the terse message and the brilliant performances.

In the end, Lila stands on the beach again. It is night; suddenly, the waves she is caught up in seem threatening, she gives into them and lies down as they partially submerge her. This is the world of a distressed and confused teenager.

Bends is also a debut feature and stars veteran Hong Kong actress Carina Lau. She dominates the film as Anna, a wealthy wife to a husband who has abandoned her. How does she keep the facade of success and status when her belongings and money dissipate?
Bends also explores another story, across the river, over the mountains to the border of Shenzhen and her chauffeur Fai, who is going through his own intense crisis with his partner. These two excellent characters anchor the film which uses heavy metaphors to differentiate life for a citizen of two places. The mountain is an ominous force, in most backgrounds and captured with a haunting fleeting beauty by legendary cinematographer Christopher Doyle. Admittedly his style is not overdone, but for the most part the camerawork impresses, painting a lonely picture of a busy place.

As the film proceeds, it engages in equal measure. You learn where the paths of these two figures will meet and you also learn of the dire predicaments they are in. The walls are closing in around them, and it is a constant, tense atmosphere that plays out perfectly in the final scene, constructed of prior decisions that may or may not haunt the protagonists.

Essentially the film is a political one. Although it does not clearly take sides it is interested in China's treatment of citizenship and liabilities of breach of that trust. Space is used beautifully to accentuate this, but more so to show the interactions and arcs of the characters. Bends is a heartbreaking and affecting work that would have nowhere near as much impact if not for Lau's superb turn as Anna.
Finally, Behind The Camera is the latest mockumentary of the Korean film industry from director Lee Je-yong. It is very similar to his previous effort, Actresses (my review here), and does not bring much more to the table, often feeling disconnected and confused.
Guess what, though? This is the point! The film is about a documentary shooting of a film directed via mobile communication of a short story. Confused? Five films in and this is blowing my mind, and this gimmick effect is used to oftentimes hilarious effect. But, ultimately, the joke grows a bit old and there are long dry spots of actors playing film crew roles talking about films they were in that you either get or you don't.
The references come thick and fast, as do the special guests (established actors and directors), who also act confused and annoyed by this Skype director and his style. The film has a couple of surprises in store and its heart is in the right place, it just has none of the complex chemistry or charm of Actresses. Your enjoyment of this will depend on how much you know about Korean film.

Mystery Road also played today, check out my review for it right here.

As for the round-up of today's superb essentials, be sure to read Sean's lovely review of tragic drama Fruitvale Station here and Todd's review of You're Next here.

Be sure to check the MIFF site for the next sessions of these amazing films.

Tomorrow: Another six, I seriously might die. Highlights hopefully include The Congress, A Field In England, and 3X3D!

More about Behind the Camera