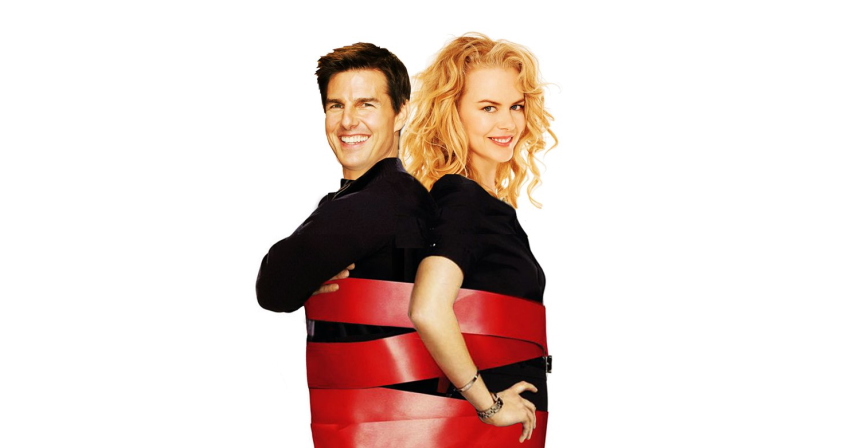 Yes, this has been floating around movie-nerd internet for some time, however, in the tradition of this column, that the last Friday before Christmas shall be an alternate Eyes Wide Shut poster, here we are.

This 'Hallmark Christmas Movie' spoof was created for a screening of the film at the Bíó Paradís cinema in Reykjavik by Icelandic comedian, illustrator, and cartoonist Hugleikeur Dagsson. Using the more or less forgotten Vince Vaughn, Reese Witherspoon holiday vehicle, Four Christmases, as a template, Dagsson not only subverts the 'lazy holiday-themed content' trend that has been exploding on various streaming platforms in the past few years, but it also foregrounds Stanley Kubrick's feature-length emasculation of super-star Tom Cruise by emphasizing the height difference between himself and ex-spouse Nicole Kidman at every opportunity in the film.

Cruise and Kidman did several films together in the 1990s, including Far & Away and Days of Thunder, where both Ron Howard and Tony Scott make serious effort to not show the significant difference in physical stature. Kubrick was trucking no such nonsense, and he fits the actors in body length mid-shots every chance he can get.

The tagline here is brilliant in its banality (and its weird allusion to the story here), in the most boring typesetting possibly. I have nothing against the clarity and ubiquity of Helvetica, but nonetheless, it does offers the certain kind of clean vacuous vibe ("live love laugh") that this poster is aiming for.

In the final word uttered in this film, and Kubrick's superb cinematic legacy:  "FUCK." 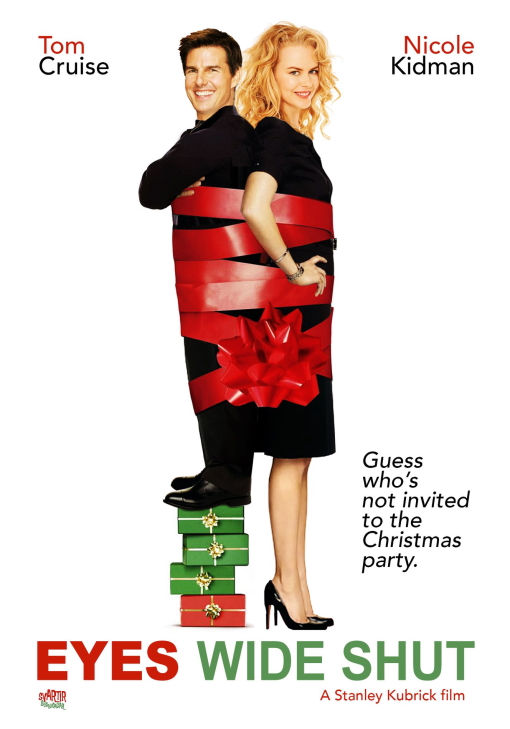