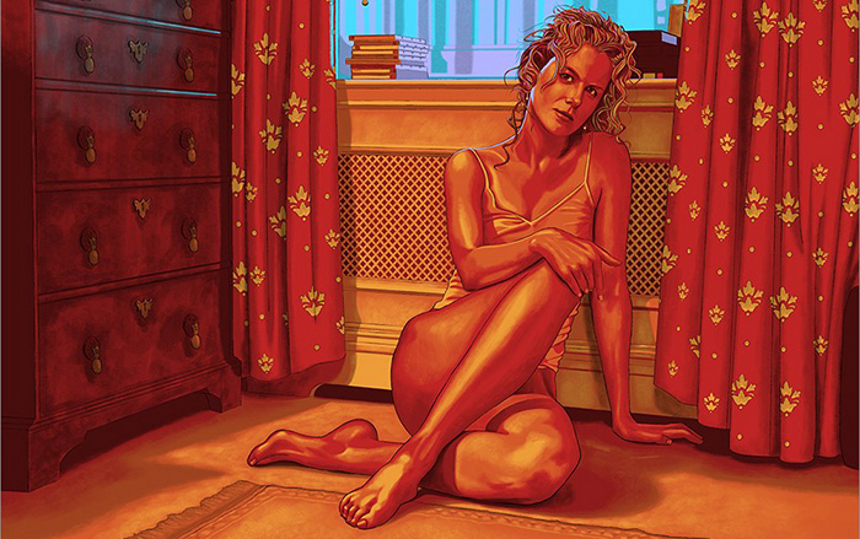 My favourite Christmas movie turned 20 this year. Stanley Kubrick's final film has taken almost as long to get its due in the popular culture, but I feel it has achieved consensus (more or less) for the final Kubrickian masterwork that it is.

And artist/designer Neil Davies wonderfully captures a single frame of the film; it is an early revelation of what Eyes Wide Shut is about. It also captures all the colour coding of the film in a single frame as to appear a composite kind of orange -- a colour that is more verboten than green in movie poster design -- which I believe does the film justice. It is a one-of-a-kind rebellious beast of a film that is a perfect capstone for Kubrick's eclectic and meticulous body of work. Remember that the final word spoken in any Stanley Kubrick film is "Fuck," by Nicole Kidman while shopping for toys in a Christmas wonderland.

The principal thing that Eyes Wide Shut was marketed on in 1999 was a mixture of the intimate and the forbidden. And I think the framing of Kidman in her delicates, surrounded by both lush curtains, and a sturdy wardrobe (and so many books) but with a window, our window, highlighted almost like a halo over her form, still captures Warner Brothers' original marketing intent, even if this is a poster made two decades after the fact. Even the distressed font of the above-the-line talent, and the title below, echo the the old WB typesetting.

Merry Christmas and Happy Holidays. The next column will feature the best key art of 2019. 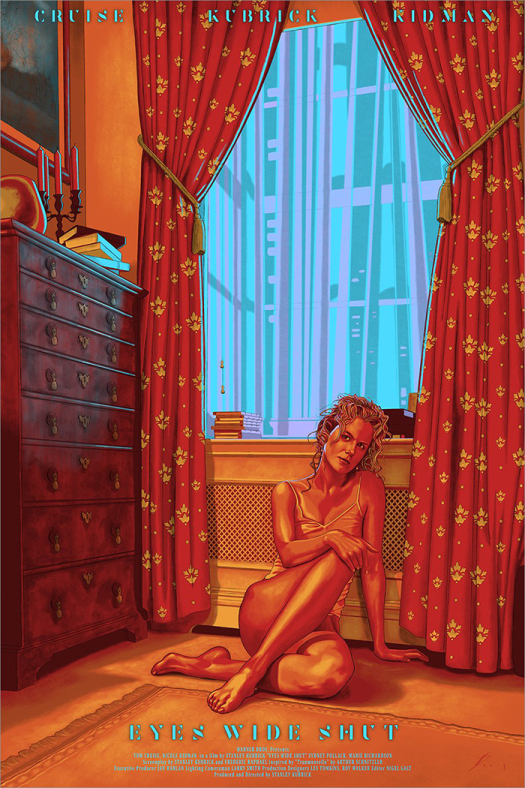 Do you feel this content is inappropriate or infringes upon your rights? Click here to report it, or see our DMCA policy.
AlternateAnniversaryChristmasEyes Wide ShutFriday One SheetNew YorkNicole KidmanPosterStanley KubrickTom Cruise