We know, we know. Talk of the 'Christmas' holiday season any time before Halloween should be forbidden. Sacrilage even. We agree in principle, however, if we don't talk about the 'other holiday' treats in store for you on Shudder next month what would you do, be spontanious with your watching routine? Your time is precious, valuable, limited and you need to plan ahead.

Shudder is keeping the holiday spirit alive by shifting gears and programming films with a leaning towards the yuletide season. The biggest of them all is the contemporary hit, Anna and the Apocalypse, the zombie musical from director John McPhail. The beginning of the month also sees Slient Night and a slew of its sequels also arriving on the platform.

As far as Shudder Original releases are concerned two of the biggest have to be Satan's Slaves Communion from Joko Anwar and Slash/Back, the Canadian Indigenous sci-fi horror from Nyla Innuksuk.

And don't miss the cult flicks Bloody Muscle Body Builder in Hell, otherwise known as the Japanese Evil Dead, or the Evil Dead Trap films from Japan. Oh Jaoan. Finally, there is the Mexican production Dr. Tarr’s Torture Dungeon that was filmed in English then dubbed back into Spanish for Mexican cinemas. That one sounds... fun?

The gallery below has all the info you need about Shudder's programming in November. 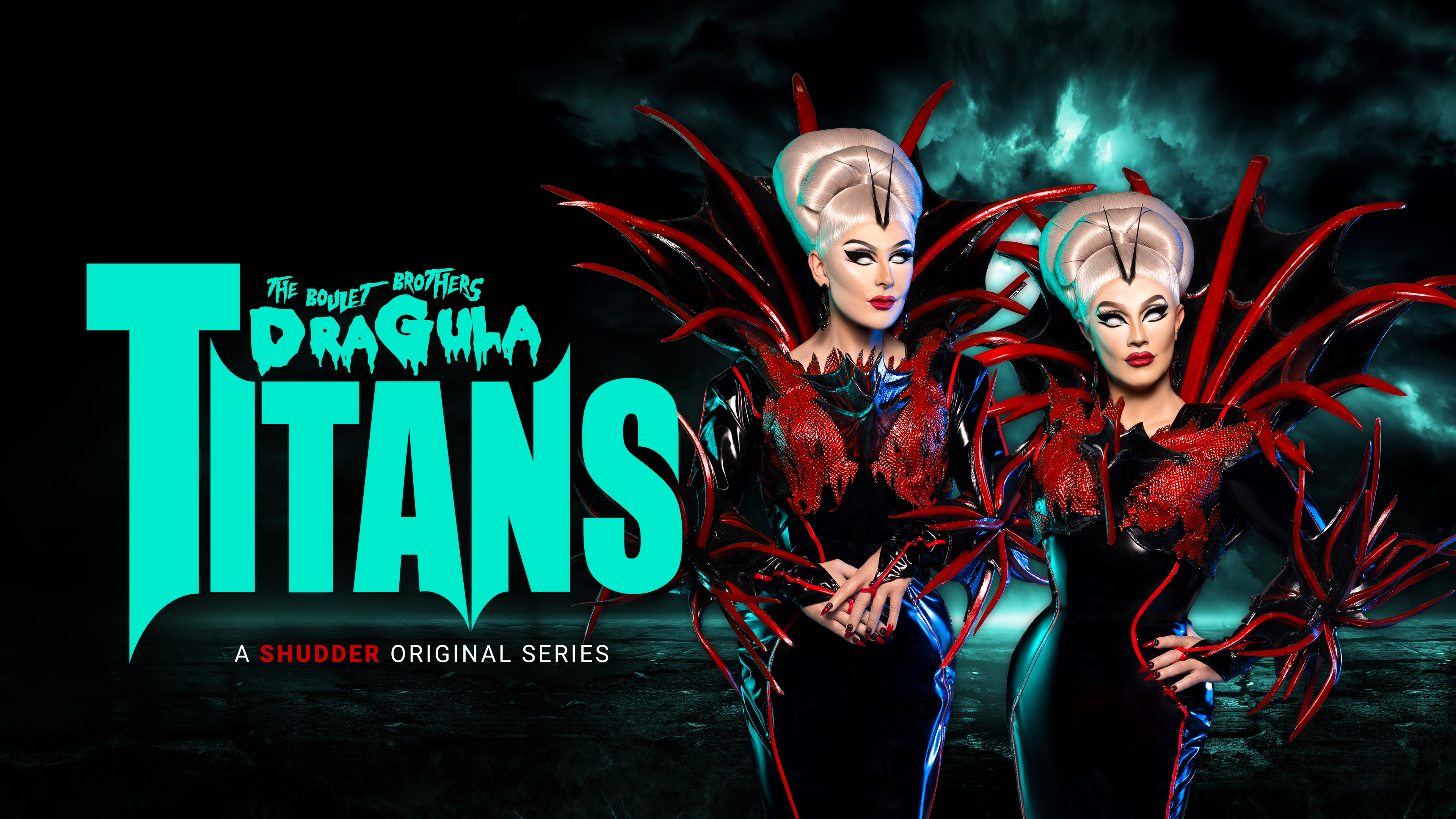 The Boulet Brothers’ Dragula: Titans brings together some of the most popular drag icons from the show’s previous seasons competing in a grand championship of drag artistry and shocking physical challenges for a one hundred-thousand-dollar grand prize, the headlining spot on the upcoming world tour, and the first ever “Dragula Titans” crown and title. Guest Judges include Elvira, Harvey Guillen, Justin Simien, David Dastmalchian, Poppy, Alaska, Katya, Joe Bob Briggs, Bonnie Aarons, Barbara Crampton, and more. 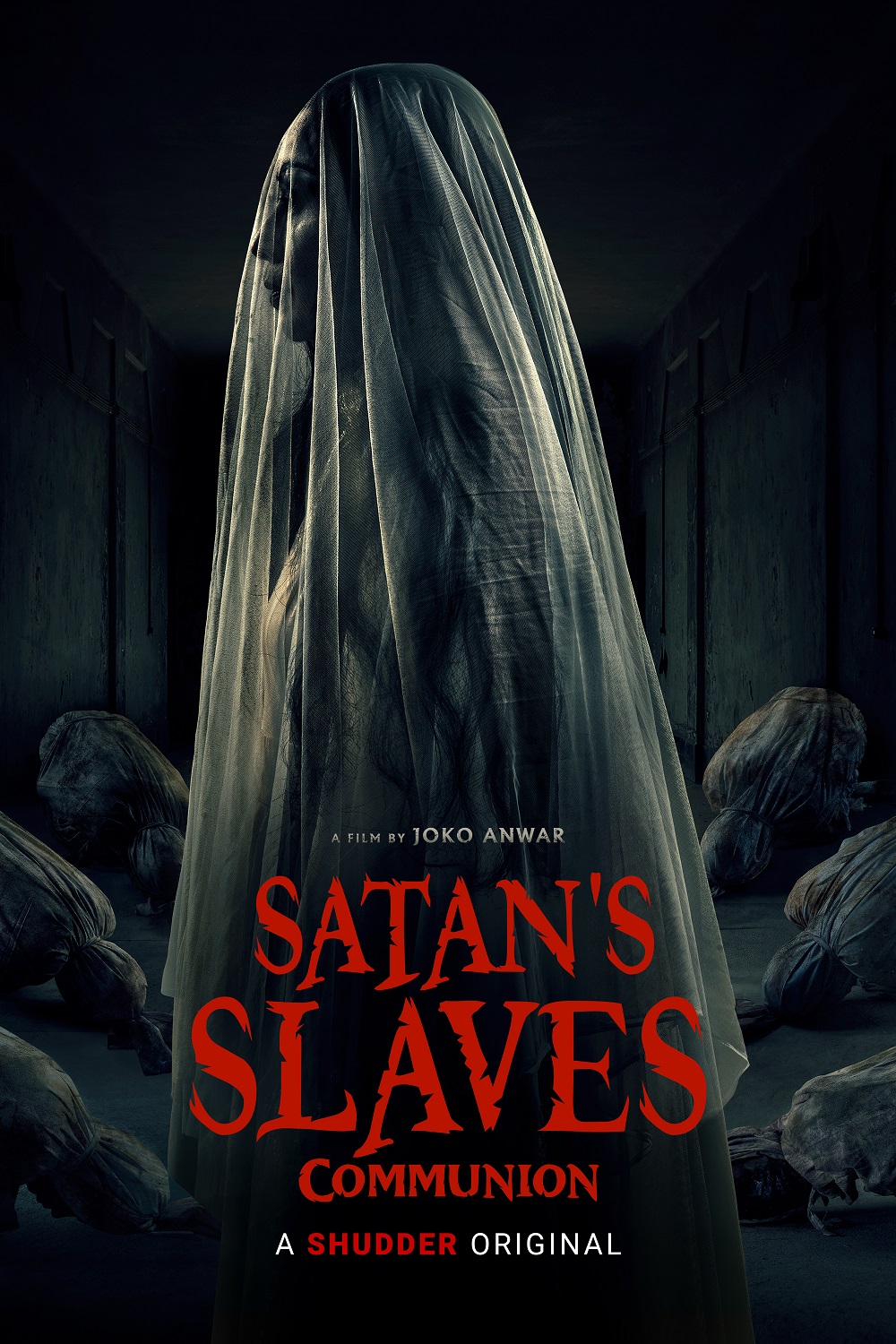 The terrifying sequel to the Shudder Original Satan’s Slaves from acclaimed writer-director Joko Anwar (Impetigore). Satan’s Slaves: Communion follows a family living in a rundown apartment after escaping terror from an evil cult and their undead mother, unaware that their new home is a bigger threat to their lives. Returning cast members to the franchise include Tara Basro, Bront Palarae, Endy Arfian, Nasar Anuz, Egi Fedly and Ayu Laksmi.The film, which was the first Indonesian film shot with IMAX technology, will be available exclusively on Shudder in the U.S., Canada, the United Kingdom, Ireland, Australia, and New Zealand. 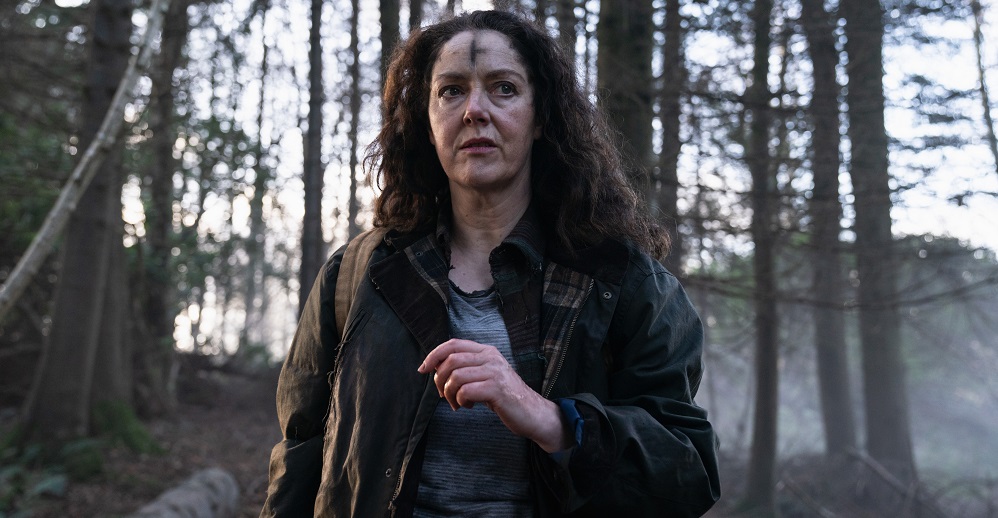 Mandrake follows probation officer Cathy Madden, who is given the task of rehabilitating notorious killer ‘Bloody’ Mary Laidlaw back into society after twenty years of jail. Cathy has always believed that every client deserves a shot at redemption, but her beliefs are firmly tested when two children disappear near Mary’s farm. Starring Deirdre Mullins, and Paul Kennedy, directed by Lynne Davison. 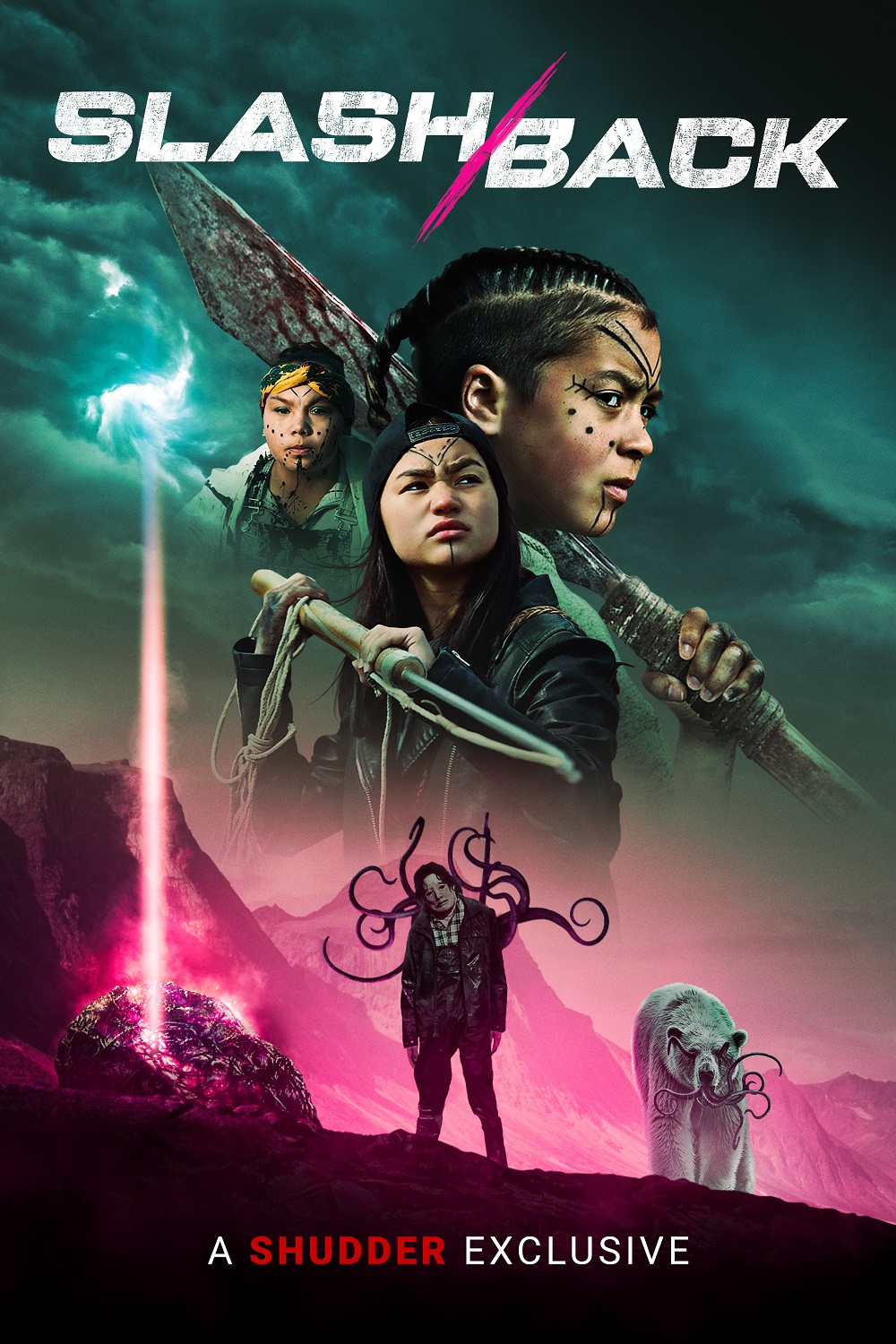 The sleepy village of Pangnirtung wakes up to a typical summer day. No school, no cool boys (well… except one), and 24-hour sunlight. But for Maika and her ragtag friends, the usual summer is suddenly not in the cards when they discover an alien invasion threatening their hometown. These teenagers have been underestimated their whole lives but, using makeshift weapons and their horror movie knowledge, they show the aliens you don’t f* with the girls from Pang. Starring Tasiana Shirley, Alexis Vincent-Wolfe, Nalajoss Ellsworth, Chelsea Prusky, directed by Nyla Innuksuk. 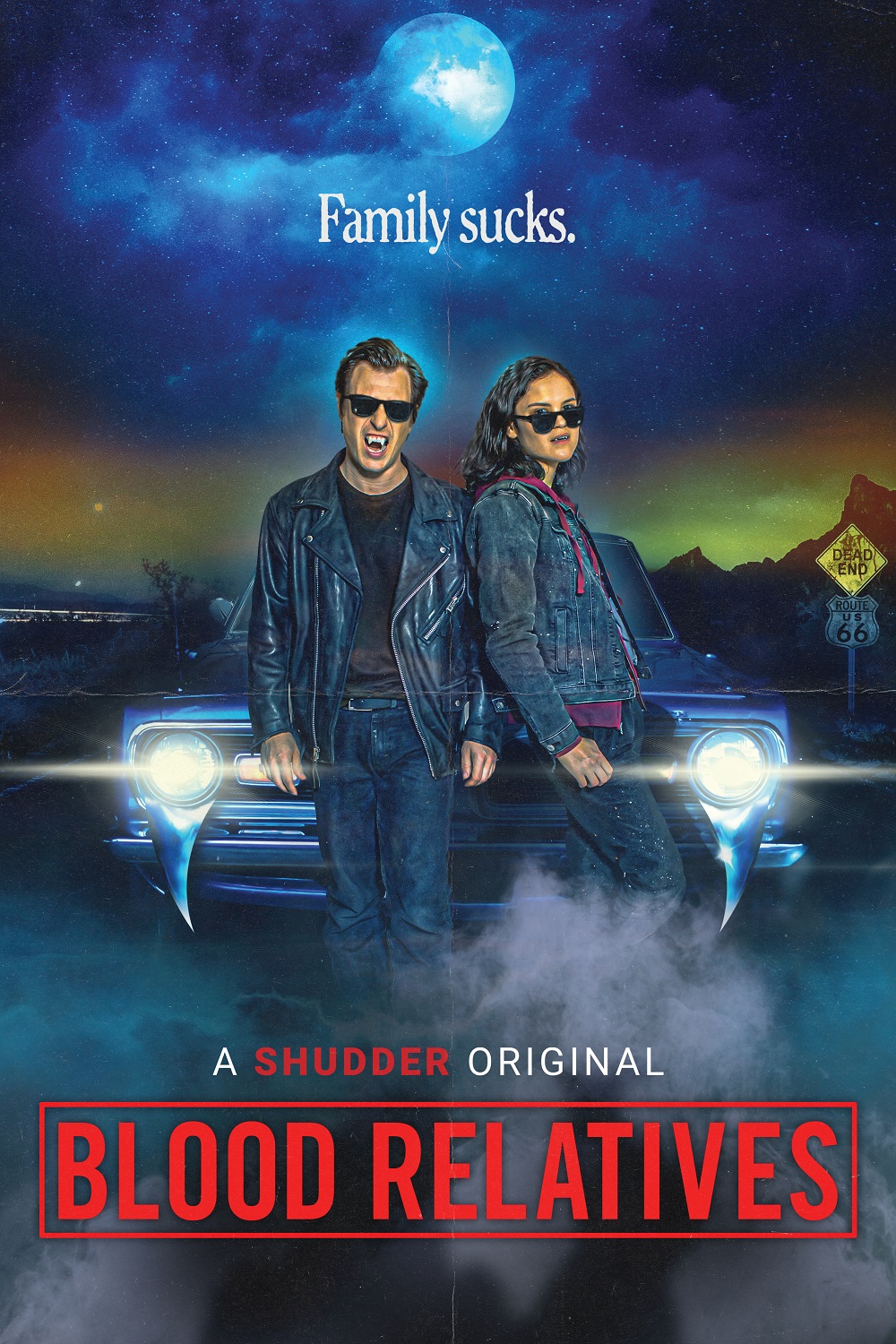 Francis, a 115-year-old Yiddish vampire, still looks 35. He’s been roaming American backroads in his beat-up muscle car for decades, keeping to himself, and liking it that way. One day, Jane, a teenager, shows up. She says she’s his daughter, and she’s got the fangs to prove it. They go on the road, deciding whether to sink their teeth into family life. Written and directed by Noah Segan (Knives Out), who stars with Victoria Moroles (Teen Wolf).

Anna and the Apocalypse The night before Christmas, a zombie apocalypse threatens the sleepy town of Little Haven. Anna and her friends must fight, slash and sing their way to survival, facing hellish snowmen, an undead santa and bloodthirsty elves in a desperate race to reach their loved ones hiding out at their local high school. But the lucky few that make it find out that the human threat they face there is the most terrifying of all... With civilization falling apart around them, the only people they can truly rely on are each other.

To All A Good Night The Calvin Finishing School for Girls is closed for Christmas vacation. However, Mrs. Jensen (the housemother), five teenage girls and their mischievous male companions are all that remain at the school...or are they?

Silent Night Deadly Night 3: Better Watch Out After being gunned down by police at the end of the previous film, the infamous Santa Claus Killer, Ricky Caldwell, has been comatose for six years, with a transparent dome affixed to his head by doctors. Wanting to contact Ricky, the eccentric Dr. Newbury begins using a blind clairvoyant girl named Laura Anderson to try reach out to him.

Silent Night Deadly Night 4: The Initiation A beautiful reporter investigates the death of a girl who was set on fire and then thrown from the top of a building in Los Angeles. As she gets deeper into the story, she falls prey to a sinister cult she-demons who seek to "initiate" her into their satanic sorority.

Silent Night Deadly Night 5: The Toymaker Malicious toymaker Joe Petto and his creepy son, Pino, terrorize the residents of a small town with the deadly toys they create. After her husband is killed by one of Petto's toys, Sarah and her troubled son Derek set out to stop the evil toymaker.

Creepshow A young boy's horror comic book comes to life in a series of five terrifying tales from Stephen King and George Romero: A dead father comes back for the piece of Father's Day cake that his murderous daughter never served him. A meteorite turns a hapless yokel into a form of plant life. A cuckolded husband plots a seagoing revenge. Something in a crate under the stairs is eating people. And an obsessively clean billionaire suffers an uncontrollable infestation of cockroaches.

Alone in the Dark A secluded mental institution keeps the nearby neighborhoods safe from menaces like Frank Hawkes (Jack Palance) and "Preacher" (Martin Landau). When a sudden a power outage leaves the town in chaos, the maniacs are free to roam the streets and hunt down their new doctor, who they believe has killed off their former therapist. 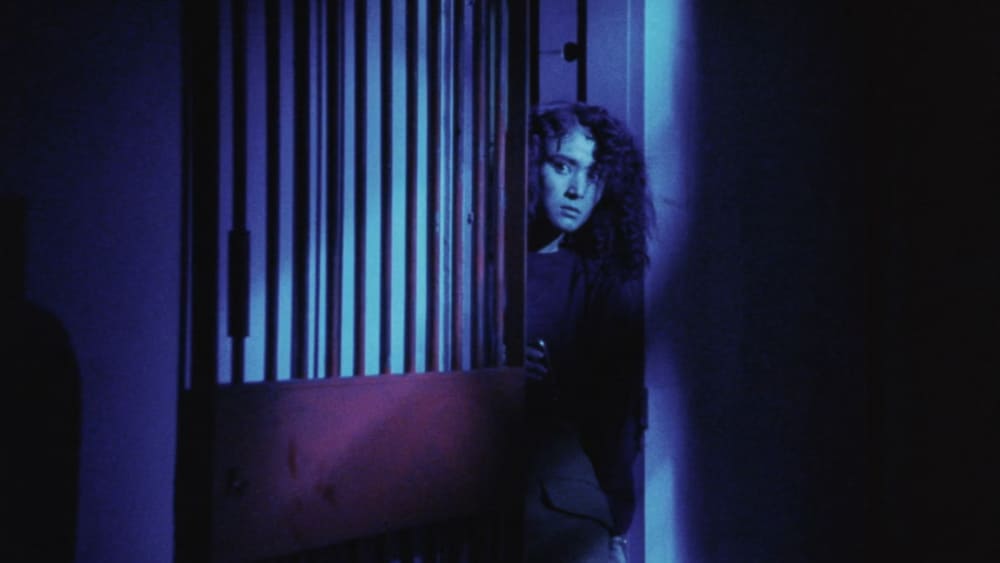 Evil Dead Trap A TV station employee takes a camera crew out to an abandoned factory to investigate a purported snuff film that was made there, only to end up running for her life.

Evil Dead Trap 2 A killer is on the loose in Japan. Young women are being horribly mutilated. Aki, a young woman who works as a film projectionist, is haunted by a childlike ghost. Her girlfriend Emi is a TV news reporter covering the horrible mutilations. Everyone involved has a dark secret and something evil is taking control of them. They are pawns in a game being played by forces beyond their understanding.

Bloody Muscle Body Builder in Hell known as "The Japanese Evil Dead," this legendary, sought after independent Japanese cult film will enjoy its first ever North American release in any format and features new bonus content. Trapped inside a haunted house, a body builder must survive a blood soaked night of insanity to save himself and his friends from a demonic ghost that is hell-bent on revenge

Dr. Tarr’s Torture Dungeon A mysterious man is sent into the forest to investigate the bizarre behavior of the notorious Dr. Tarr. What he stumbles upon is the doctor’s torture dungeon, a hellish asylum completely cut off from civilization and presided over by the ultimate madman. Innocent people have been savagely chained, tortured and stuck in glass cages, then forced to take part in gruesome games of ritual slaughter.

The Last Broadcast On December 15, 1995, a four-man team from the cable-access program Fact or Fiction braved the desolate New Jersey Pine Barrens determined to deliver a live broadcast of the legendary monster The Jersey Devil. Only one came out alive. It took the jury 90 minutes to sentence the lone survivor to life in prison. One year later, filmmaker David Leigh decided to mount his own investigation. Convinced that the man convicted of these terrible crimes was innocent Leigh proposes the murders were committed by someone — or something — else. Could The Jersey Devil still haunt the barrens?

Sweetie, You Won’t Believe It What begins as a fishing trip with the boys quickly spirals out of control when they witness a mob hit in the forest, and that’s just the beginning of this insane, violent, hilarious misadventure from Kazakhstan.

More about Sweetie You Won't Believe It