Last weekend saw the end of the 20th edition of the Neuchâtel International Fantastic Film Festival, or NIFFF, and a great edition it was. COVID-restrictions were loosened a mere week before the start, allowing venues suddenly to be two-thirds filled. This resulted in almost 30,000 tickets sold, a huge benefit for the festival. Needless to say the atmosphere was great, people were having fun, parties were held, and shiploads of absinthe were drunk. 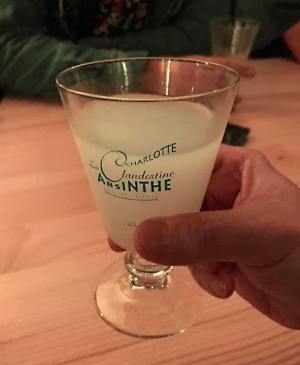 Yes, absinthe. I didn't know that was a thing over there, but I quickly found out. People almost drink it like lemonade in Neuchâtel (or at least the visitors do), and it was a regular nightcap before going back to the hotel. I was there as a member of the Critics Jury this year, and - as I had been properly forewarned - this festival spoils its guests rotten. Only a few times in my life have I been made to feel so welcome, and I'm happy to say I made new friends, most of all my fellow jury members who I so often partied with last week.

But we didn't just party: where there is a jury, there is judgement, and the award we had to give was only one of the prizes to be won. So here is an overview of all the winners at this year's festival. 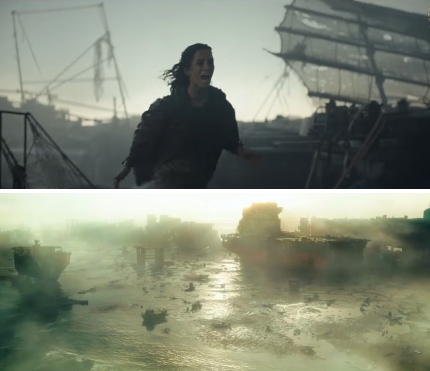 Tim Fehlbaum's Tides (soon to be released stateside as The Colony) proved to be a crowdpleaser, and managed to snatch two awards: the "RTS Audience Award", granted to the film with the highest audience ratings, and the "Imaging the Future Award" for best production design, awarded by the International Jury.

The film shows a future Earth as an endless mudflat, ravaged by natural disasters, where human survivors live either on floating islands or in the rusting hulks of giant old ships. When a spacecraft lands with people who fled the Earth a generation before, expecting the planet to be doomed, the new arrivals find themselves having to face some strong moral questions. Think of Tides as positioned somewhere between Waterworld and Fallout 3 (with a bit of The 100 thrown in for good measure), both in designs and narrative, and you will not be far off the mark. A review will be coming soon.

In it, a small Irish village gets terrorized by an ancient vampire lord who has accidentally been unearthed during construction work. It's a fine horror comedy which, while very funny, still manages to treat the danger as real. Again, a review will be coming soon.

The last prize handed out by the International Jury was the H. R. Giger "Narcisse" Award for best film, and this went to Noah Hutton's bizarre but very well thought-out science fiction drama Lapsis, which opened the festival this year.

In Lapsis, quantum computers are the new rage, a network of big cubical computers so fast, they need cables to talk with each other. Connecting the cubes appears to be a relatively easy way to make a buck, but when Dean starts as a cabler, using a mysterious previous cabler's identity, he discovers that there's more to the job than meets the eye... and yes, I'll be reviewing this one too.

The "Denis-de-Rougemont Youth Award", chosen by a young jury, was given to Prano Bailey-Bond's psychological thriller Censor, which takes place during the "video nasty" scare of the eighties in the United Kingdom. Eric Ortiz Garcia reviewed the film earlier this year, and he loved it. He's not the only one: it has picked up several awards worldwide already... 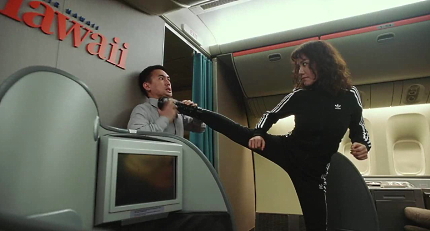 Asian films form a separate selection of the festival, with a separate audience award. This year, the audience award was given to the Korean action comedy Okay Madam, in which terrorists hijack an airliner to Hawaii, only to discover that the mother of one particular family proves to be rather a handful. I'm sorry to have missed this as everyone spoke highly of it afterwards. 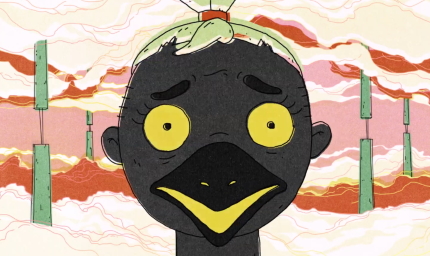 The Critics Jury, which I was on, also was allowed to give a prize: NIFFF's International Critics Award. And this year, it was a toss-up between Lapsis and Lee Haven Jones' Welsh horror film Gwledd a.k.a. The Feast. And even though the jury was divided, several of us had The Feast on number one, and we all agreed on its technical merits. So to The Feast it went!

In The Feast, a wealthy Welsh family prepares for the arrival of some guests. Unfortunately the regular maid cannot help with the preparations, but her replacement seems up to the task, if a little odd. And as the evening commences, you find out just HOW odd she is. Our J. Hurtado calls the film "superb" in his review, and I fully agree.

And that concludes the list of awards. I loved my visit to the Neuchâtel International Fantastic Film Festival, and will definitely return here in the future.

More about Boys from County Hell