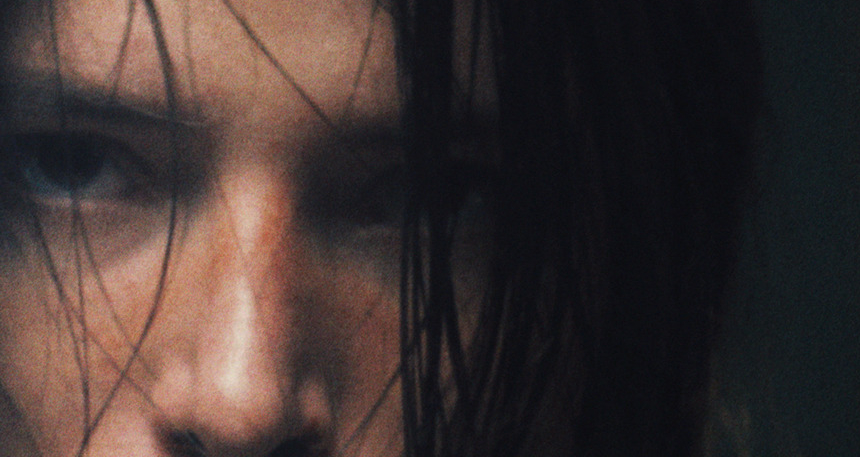 There is a surprising amount to unpack given the simplicity of this grainy, high-contrast poster for Chad Faust's revenge mystery, Girl. The design immediate recalls brutally stark European arthouse pictures. At the same time it has a 'controversial' Disney channel starlet going 'dark and edgy,' which is now a time-honoured tradition in American Indie filmmaking.

I hesitate to get into the bizarre contortions and the platform-economy sordidness of Bella Thorne's OnlyFans exploits, and so much of the nonsense that swirls around this singer-actor-performer who seems to have taken her screen handle from a 50 Shades of Grey novel, this is a poster column after all. However, it appears to be a somewhat conscious choice in the design here. Having her glammed down, intensity directed at the camera: a 1990s nose piercing, rain-matted hair, and perfect lips. It somehow transcends the social media and celebrity nonsense, while still alluding, hell, embracing it. It is tricky to explain, both subtle and unabashed

The typesetting screams "concrete toughness' in the same way that the French poster for Karyn Kusama's star-making debut, Girl Fight, which gave the world the mighty Michelle Rodriguez. With Girl, the effect is of course, trying a bit too hard. The whole thing might have been slightly more effective if the all the textual elements and credit block was minimized.

Again, however, this is a 'have it both ways' design. The blunt white text does not get in the way of 'the stare,' which is the key draw of this poster, gaze doing what it does, evoking the posters of Michael Haneke or Bruno Dumont movies. 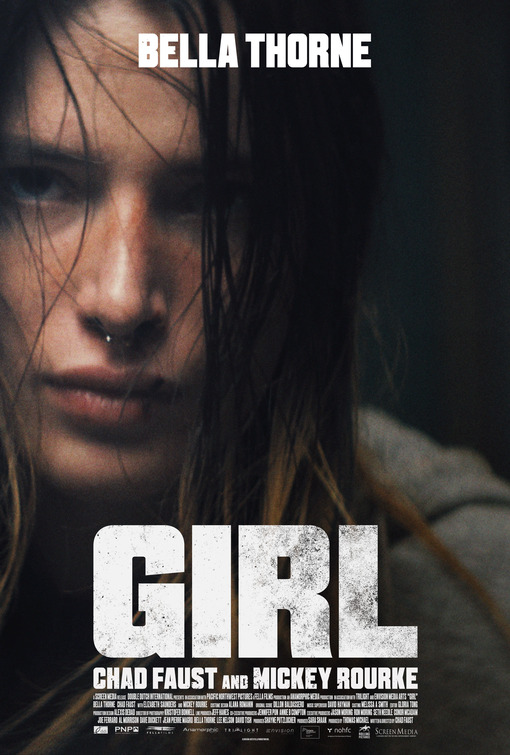 Do you feel this content is inappropriate or infringes upon your rights? Click here to report it, or see our DMCA policy.
Bella ThorneChad FaustFantastic FestFriday One SheetGirlKey ArtMickey RourkePoster