Opening in Theaters: THE GRUDGE, Once More, With Menace 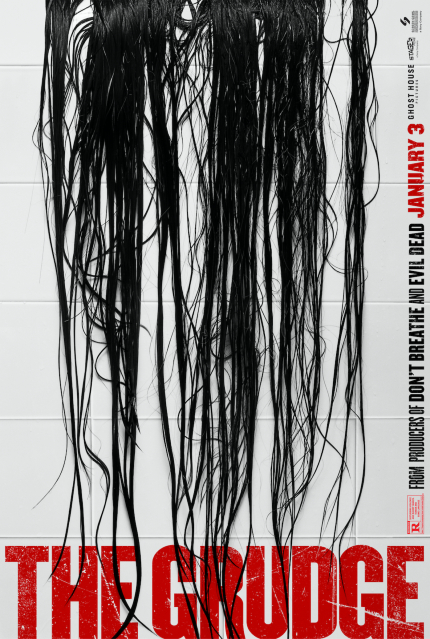 The Grudge
Opening in U.S. theaters via Screen Gems.

Like me, you may have groaned when you heard that a new version of The Grudge would be hitting North American theaters.

After all, we've already seen Shimizu Takashi's own American-ized remake of his film. In 2004, it arrived as part of a wave of generally tepid English-language remakes of Asian horror films, which elicited curiousity but little satisfaction from genre fans. (My own exception from those years: Gore Verbinski's The Ring, principally because of Naomi Watts.)

Sam Raimi, Rob Tapert and Taka Ichise are back as producers of the 2020 version, but the really intriguing factor is writer/director Nicolas Pesce. His debut film, The Eyes of My Mother (2016), quietly captivated and shocked, while his sophomore feature, Piercing (2018), colorfully and aggressively revealed a fuller, nastier range of his filmmaking interests.

On the basis of those two films, The Grudge looks to be far more promising than its release date -- at the beginning of in the traditional dumping-ground for mini- and major studios in Hollywood -- might indicate. The trailer certainly lends credence to the idea that this may be a horror thriller with the capacity to disturb.

You have been warned. Sneak preview screenings begin this evening in select theaters, and the film will open tomorrow in theaters nationwide. As for me, I will be hiding under the bed.

More about The Grudge: The Beginning of the End

More about Ju-on: The Grudge