THE GRUDGE Trailer: Begrudge a Reboot At Your Peril 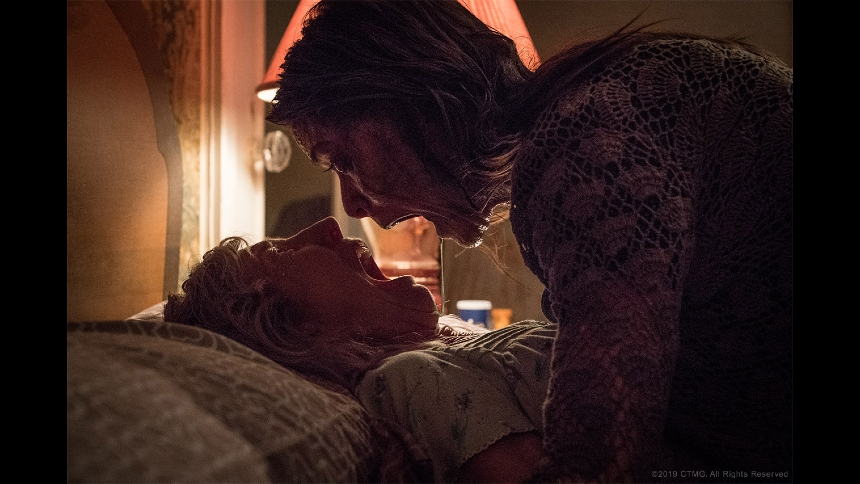 Before assuming that the new, new version of The Grudge is yet another rehash of the same old tropes, borrowed from the Japanese horror original and then smoothed over and mainstreamed for American audiences some years ago, allow me to mention two words:

Pesce directed the superior and striking The Eyes of My Mother, presented in black and white and filled with a suffocating atmosphere, as well as Piercing, presented in a flourish of color and filled with a clever sense of brutal nastiness. The former was acclaimed by most people, while the latter received a more mixed reaction. (I was among those who were less compelled by the colorful excesses.)

Still, Pesce has demonstrated a bold voice so far, and so the inner voices of cynicism expressed a good bit of disquiet over the idea that he would be helming The Grudge, even with the involvement of Sam Raimi as a producer.

With clear debt to original creator / writer / director Shimizu Takashi, Pesce and Jeff Buhler both receive credit for writing the screenplay for this new version of The Grudge. Buhler is among those responsible for the Pet Sematary reboot, and the latest take on the story of a vengeful ghost recycles several memorable moments from the original, while suggesting unexpected twists. And I suspect that what Pesce brings to the film as s director -- tone, atmosphere, style -- is more elusive to capture in a trailer.

In any event, rather than aim squarely at the teen demographic, John Cho stars, and he appears to be teamed up with Andrea Riseborough on the investigation of something strange. The cast also includes Demian Bichir, Betty Gilpin, Jacki Weaver, and Lin Shaye.

Beyond the premise, the stars, and those familiar jump-scares from the past, what has me most intrigued are the same two words: Nicolas. Pesce.

Do you feel this content is inappropriate or infringes upon your rights? Click here to report it, or see our DMCA policy.
Andrea RiseboroughJohn ChoNicolas PesceSam RaimiThe Grudge

More about Ju-on: The Grudge