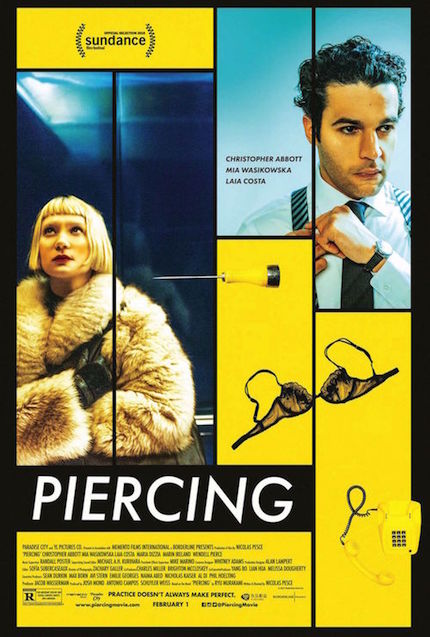 In Piercing, Nicolas Pesce’s film adaptation of Murakami Ryu’s 1994 novel of the same name, Christopher Abbott plays Reed, a well-mannered family man who nonetheless is ready to kill his own child.

However, when his wife interrupts him and his own interior voice – projected through a talking baby! – says that he should instead murder a female prostitute, he quickly decides to go on with the latter plan. Therefore, he rents a room and hires sex worker Jackie (Mia Wasikowska), who turns out to be not what he was expecting at all and another quite twisted soul.

After being part of such festivals as Sundance and Fantastic Fest in 2018, Piercing is now in theaters, On Demand and Digital HD, hence it’s the perfect time to share the video of my full interview with Pesce, in which the young writer/director talks about how Miike Takashi lead him to Murakami, the process of casting both Abbott and Wasikowska, bringing humor to the story of a psychopath, and much more.

Do you feel this content is inappropriate or infringes upon your rights? Click here to report it, or see our DMCA policy.
Christopher AbbottMia Wasikowskamiike takashimurakami ryunicolas pescepiercingthe eyes of my mother