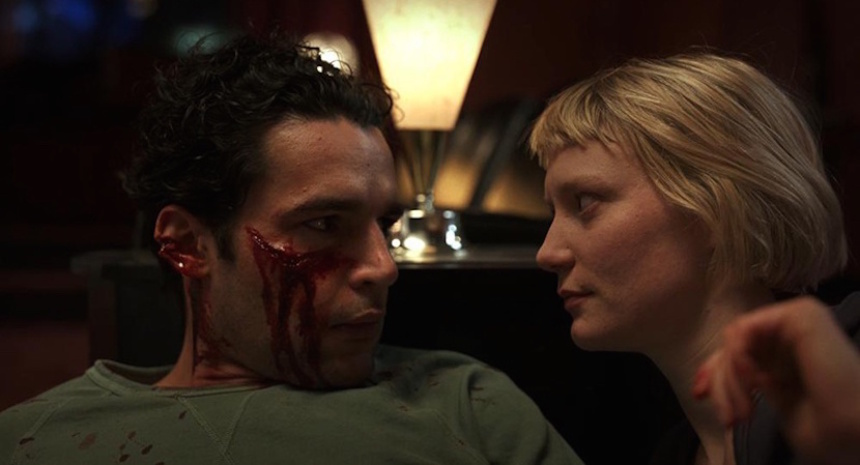 The movie stars Christopher Abbott and definitely has one of the most striking opening sequences of the year: Reed, Abbott's character, is a well-mannered family man who nonetheless is ready to kill his own child, however, his wife interrupts him and his own interior voice -- projected through a talking baby! -- says that he should instead murder a female prostitute. Quickly, he decides to go on with the latter plan, therefore rents a room and hires sex worker Jackie (Mia Wasikowska), who turns out to be not what he was expecting at all and another quite twisted soul.

Piercing celebrated its Texas premiere at Fantastic Fest with Pesce in attendance, who gave ScreenAnarchy the following interview.

ScreenAnarchy: Why did you decide to do an adaptation following your debut feature length film?

Nicolas Pesce: I discovered Murakami through Miike Takashi, who directed Audition based on a book by Murakami. That’s how I discovered the author, read Piercing, loved it, and I found a lot of elements to it that I really thought would be interesting to explore. I saw an opportunity to do something very, very different from my first movie. I was intrigued by the idea of finding a story that I related to but not something that I had generated and figuring out how to take the source material, make it my own but still try to stay true to what the heart of it was.

So what do you think was the heart of the novel?

The heart of the book, first and foremost, is a take on American sexy thrillers, like in the book he’s very open, self aware at poking at Basic Instinct and that sort of movie. But beneath that, it’s about two deeply damaged people that think they wanna do harm that actually don’t, and they kind of find this weird, twisted love between each other, and this connection.

So it’s kind of like a fucked up love story, you know? That was really the heart of the book for me: these two damaged people finding each other and stylistically I put my own spin on it, but yeah, that’s kind of what the starting place was. 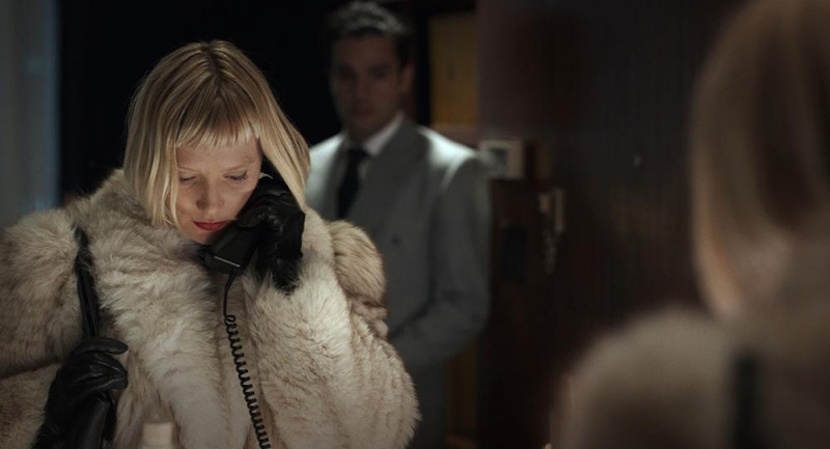 I think any movie that starts with a father trying to kill his own baby, really grabs you from the beginning…

That is the opening of the novel as well. I think that why it's so grabbing is because as a father, as a parent, we think you’re suppose to have this unconditional love for your child, but being a father is not necessarily as easy as you may have thought it would be and the character in the story can necessarily rid himself from these dark thoughts that he’s having.

To see someone who’s suppose to be the ultimate protector, be the person who’s potentially endangering the child, is super fascinating but also a really strong drive to wanna figure out a way to get rid of that. The character too knows that it’s dark and doesn’t want that feeling, and so the story is really about this guy trying to rid himself from these thoughts by not the best means, you know? He’s planning another murder but at least it’s not his kid [laughs].

At the same time it’s funny, from the beginning with the voice of the baby and so forth. The tone kind of reminded me of AMERICAN PSYCHO…

How do you balance that tone with the story of a psychopath?

That’s part of what the fun of the whole movie was, to try to make this really dark, twisted story feel more playful and more fun, with a weird sense of humor. The book has a very bizarre sense of humor, but I look at a lot of Chan-wook Park films or Joon-ho Bong or Miike Takashi, who have this black sense of humor, like you could be watching the most horrific thing ever and still have a smile on your face because there’s this twinge of playfulness.

I think a lot of Asian cinema, particularly in the genre space, does awesome kind of genre-bending things like that, juxtaposing feelings and emotions that shouldn’t necessarily go together for an awesome effect. I was very inspired by those filmmakers that I just mentioned to try to play with that tone.

The film is basically depending on the actors, very few locations and only two protagonists. How challenging was to find the right people to play these roles?

It’s always a gamble, especially on an indie movie, you don’t have a lot of time, you don’t have time to rehearse. Chris, who plays Reed, was a friend of mine and he often is cast in very naturalistic movies, as a blue collar, ordinary guy.

I wanted to give him something that was not that, something that was totally different and let him kind of show that he’s more than what he’s used to being cast as, but also in having a personal relationship with him and having so much of the movie be about him, he’s on camera all the time, I knew that I would be able to get certain things out of him and that we would be able to do certain things together. 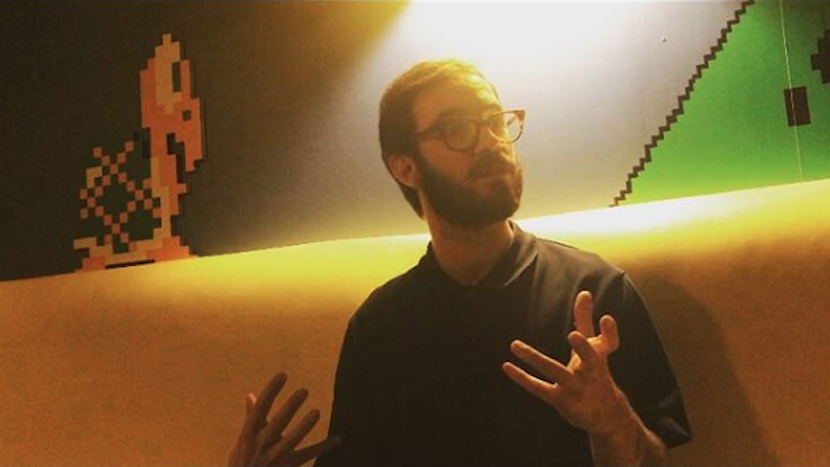 With Mia, she came into the project not very long before we were shooting, and I’m just such a fan of her work, I think that she’s a great actress, in every movie that she’s in, she brings so much tone to the whole piece, like she has a style so unique that it imbues the whole film with her tone.

The last bit is hoping that the two of them work together, the two of them are on their own great, and hoping that they’ll have chemistry, and I think at that point it’s just kind of luck, you know? We were lucky that they were great together and really got along and they connected immediately and were able to complement each other so nicely.

In most movies like this, these sort of psycho, sexual thrillers, the female character is there to be a damsel in distress, there to be naked or there to be killed in a really brutal way. This movie sets up, here’s a guy who wants to kill a prostitute, so you think the movie is getting to deliver all those things, but it so doesn’t.

I think the most fun aspect of this movie is, you start off and the audience has a very set expectation of where this movie is gonna go, and because of Jackie, she totally tells you to don’t expect anything because you don’t know what I’m capable of, you don’t what I’m gonna do. That upended the female role in this sort of movie, that was important and interesting to me.