Lou Taylor Pucci To Star In SPRING, The Next Film From The RESOLUTION Directors 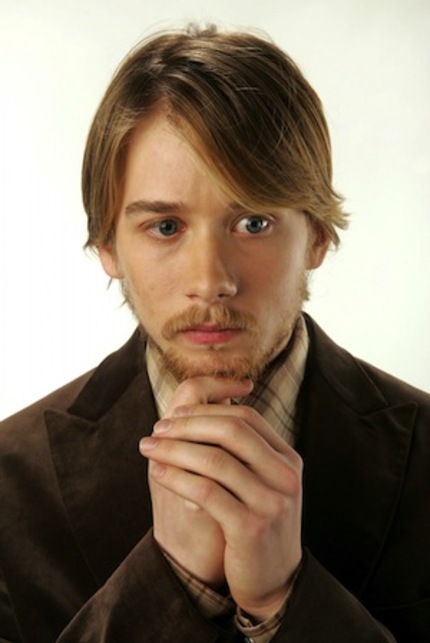 There are many fans of Justin Benson and Aaron Moorhead's deconstructionist horror flick Resolution here at ScreenAnarchy. And judging by it's mega long and successful festival run and VOD release plenty more fans out there in the rest of the world.

Good news then as their next feature, entitled Spring, is well underway, with principal photography to commence later this month in Italy. And now Variety is reporting that indie mainstay Lou Taylor Pucci has boarded the project as a young Southern Californian who seeks respite in a trip to Italy... only to get involved with an unusual young woman, who will be played by German newcomer Nadia Hilker. Judging from Resolution's smart, character-based approach to big genre ideas Spring is no doubt a title to keep an eye on come sometime in the next year.

Resolution's David Lawson is producing from a script by Benson, with support from 9.99 films in Italy. Full disclosure, ScreenAnarchy's own Todd Brown is on board as an executive producer with his XYZ partners.

Do you feel this content is inappropriate or infringes upon your rights? Click here to report it, or see our DMCA policy.
aaron moorheaddavid lawsonjustin bensonlou taylor pucciresolutionspringXYZ