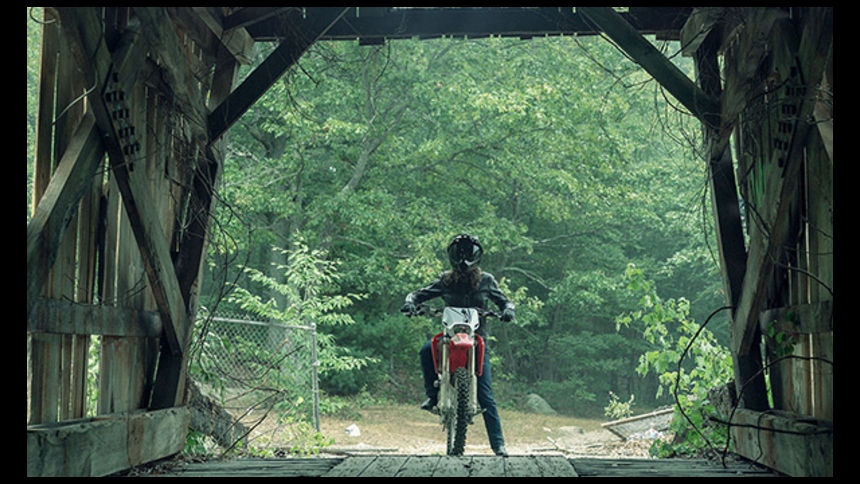 The prospect of watching a horror series on basic cable television did not sound that appealing to me, so I didn't go out of my way to watch NOS4A2 when it premiered on the AMC network earlier this year. Now that it's debuted on the ad-free Shudder, however, I'm slapping myself on the head.

Based on Joe Hill's novel (published in 2013), the series gets off to a good horror start with a child getting lured into a stately old vehicle filled with holiday presents and driven by an ancient-looking chauffeur. The episode then introduces Vic McQueen (Ashleigh Cummings), a young woman who is facing her final year of high school with an understandable level of dread.

Her best friend has graduated and moved away to attend college, her parents (Ebon Moss-Bachrach and Virginia Kull) are constantly fighting, and her dream of becoming an artist is threatened by her mother's pessimism, as well as her family's very limited finances. One day, however, Vic discovers she can travel on a foreboding path where no one else can go, which leaves her troubled yet also eager to return.

Veteran episodic filmmaker Kari Skogland directs with a great mixture of framing choices and shot selections that keep the narrative off-balance, even as it presses forward. Only one episode is available right now on Shudder, but it quickly captured my imagination and concluded on a good and promising note of intrigue.

The presence of Zachary Quinto and Ólafur Darri Ólafsson in the cast add to my interest. So I look forward to watching the remaining nine episodes, which will be added to the service every Thursday through October 10 and, as Shudder subscribers such as myself know so well, will be presented without commercial interruptions.

Summing up: Motorcycles lead to horror, as my mother always told me. 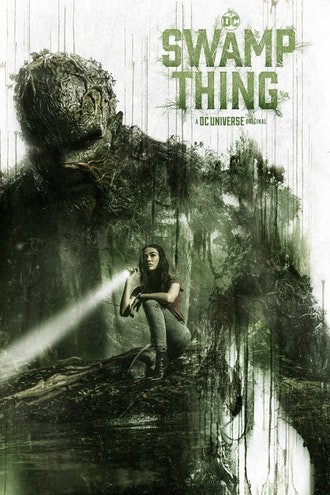 Shortly after the DC Universe series debuted this past June, we heard that the series had been cancelled. (Yes, after one episode!) From my perspective, the first episode very fine, exactly the sort of encouragement I needed to keep watching weekly.

Amazingly, the series got better, stronger, weirder, and more horrifying each week. As captivated as I was by Crystal Reed's sterling lead performance as Abby Arcane, I was equally drawn by other cast members, such as longtime favorites Virginia Madsen, Will Patton, Jennifer Beals, Kevin Durand, and the great Derek Mears, who may have given the best performance of his career as the titular character. Ian Ziering impressed me in ways I had never seen before from the actor.

And now, it's gone. The series' order was cut down from 13 episodes to 10, which meant the final episode was a bit over-stuffed. as the creative staff somehow endeavored to wind up storylines that needed more time to run effectively.

Still, it was very satisfying, and full kudos to creators Gary Dauberman and Mark Verheiden for the series itself, which felt like a wonderful mashup of their respective experiences in developing horrific ideas into full-fledged and completely compelling stories. My hope is that more people will discover Swamp Thing, which definitely deserved a longer run, and is well worth a one-month membership to binge the entire series.

Summing up: Goodbye, Swamp Thing. May we see each other again, even as the darkness rages around us.