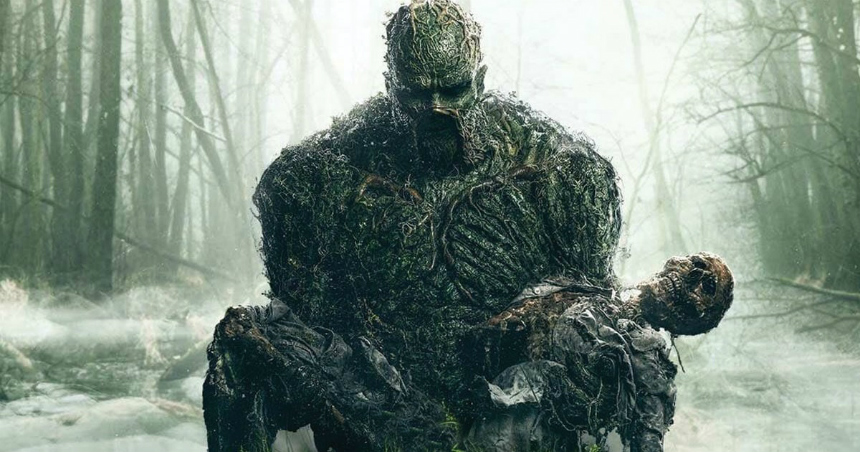 Am I getting my money's worth out of an annual DC Universe subscription? Hmm.

Back in February, I touted the potential of Doom Patrol, a team-up series that displayed a light touch in dealing with a group of badly-damaged, isolated humans who find their only solace in acting out with their new friends.

That series wrapped up on a pretty good note, leaving me eager to watch Swamp Thing, the third live-action series in the short history of the DC Universe streaming service. The pilot episode proved to be a satisfying teaser, following two empathetic, likable characters: Abby Arcane (Crystal Reed), representing the medical side, and Alec Holland (Andy Bean), representing the investigative journalist side.

Both are drawn into a deadly epidemic that has struck a small town in the Louisiana (U.S.) swamps. The lead characters are drawn nicely to elicit sympathy, and are coupled well with the persuasive efforts by the actors, who are sensible and attractive. The supporting cast also drew my attention, especially Virginia Madsen as a powerful leader and Will Patton as a slightly less powerful leader. I've always loved both actors for their varied performances. Plus: Kevin Durand, another enjoyable actor. Plus plus: Jennifer Beals! Plus plus plus: the great Derek Mears plays the titular Swamp Thing!

Then came word from Deadline that the series had been cancelled. Cancelled? After one episode? The article states: "Like every other initiative, DC Universe is being reevaluated following the completion of AT&T acquisition of Time Warner as WarnerMedia has put an emphasis on the launch of a new streaming platform. There have been questions how DC Universe fits into those plans."

After living with DC Universe for nine months or so, and observing the moves that WarnerMedia has made more recently, it makes complete sense from a business standpoint. (And it may be related to the death of FilmStruck last year, another WarnerMedia casualty.) There is such a thing as too many streaming services, and WarnerMedia appears to be consolidating their forces to battle the almighty Netflix on the worldwide playing field.

In the meantime, I remain captivated by Swamp Thing and will watch the remaining episodes, which will be released weekly on every Friday. The second of ten episodes will be available today, June 7, 2019.

Summing up: So long, Swamp Thing! It was good while it lasted.

P.S. Do I get a bonus for not mentioning Wes Craven's movie version?

Do you feel this content is inappropriate or infringes upon your rights? Click here to report it, or see our DMCA policy.
Andy BeanCrystal ReedDC UniverseDoom PatrolSwamp ThingWarner Media