Rotterdam 2019: What The Audiences Liked Best

Ard Vijn
Editor, Europe; Rotterdam, The Netherlands (@ardvark23)
Tweet Post Submit
Two weeks ago, the 2019 International Film Festival in Rotterdam came to an end. Probably the largest cultural event in the Netherlands, with over 300,000 tickets sold each year, for me it's hard to believe it's already gone again. Time flies...

Out of the fest's many awards and statistics, what always captures my attention is the audience award. Art awards are always tricky things, because how do you quantify emotional impact exactly? You can't, and art is so subjective anyway, you know that what tickles someone's fancy may displease everyone else. Still... any film which ends around 4 or higher on the scale (it goes from "1-bad" to "5-very good") interests me. There will always be the odd one out who hates it and gives a "1", but it takes another three "5" ratings to get the average back up to "4". Meaning an awfully high percentage of people need to REALLY like your film to get such a high average rating...

So here is a gallery of this year's top-15 in the audience awards. Click on the edge of the pictures to scroll through them! Because why should professional critics have all the opinions? 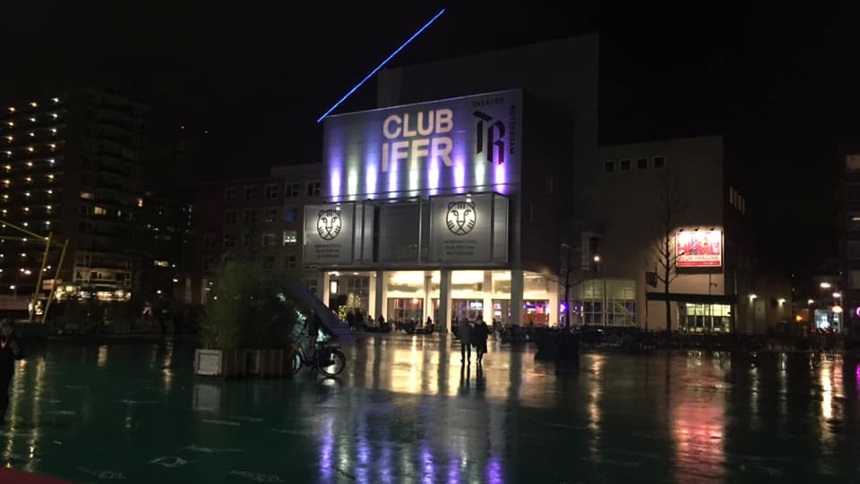 This is how rating works: upon entering the venue, audience members are given cards with the numbers one (bad) to five (very good) on them. When leaving the venue, all you need to do is pull a small tear in the card at the rating you want to give. These cards are collected at the exit, counted, and the average ratings appear in the festival's website.

I heard people complain about a "bad selection this year", but frankly the numbers do not show much of a decline. Out of the 250 feature films, 130 got rated 3.5 or higher. Any film ending up with a rating of 4 (out of 5) can be safely seen as a general crowdpleaser, and there were 62 of those. For the same reason, getting an average of 4.5 or higher is pretty amazing, and 12 films managed to get this. Check out which, so click on the edge of the picture to start browsing the list! 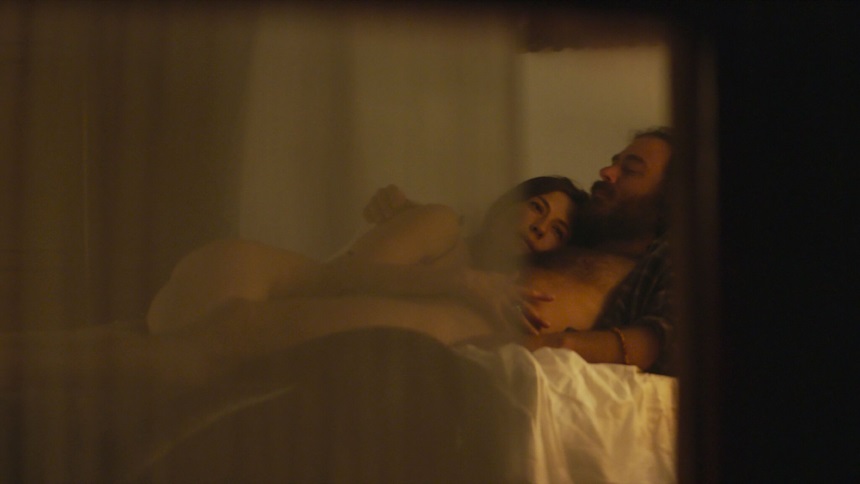 Director Carlos Reygadas is neither a stranger to the Rotterdam Festival nor averse of controversy. His newest film is a three-hour-long sexually explicit view on an open marriage, with Reygadas himself and his wife playing the experimenting couple. 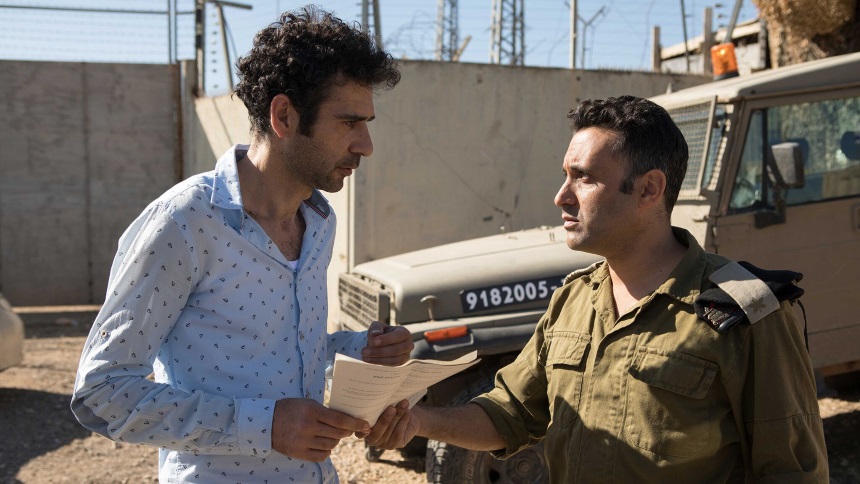 A daring comedy about the conflicts on Israël's borders, Sameh Zoabi revolves around a television soap. When a guard discovers that a crew member of the soap needs to cross the border on a daily basis, he starts to bother the man to change the series in ways which benefit the Israeli characters. 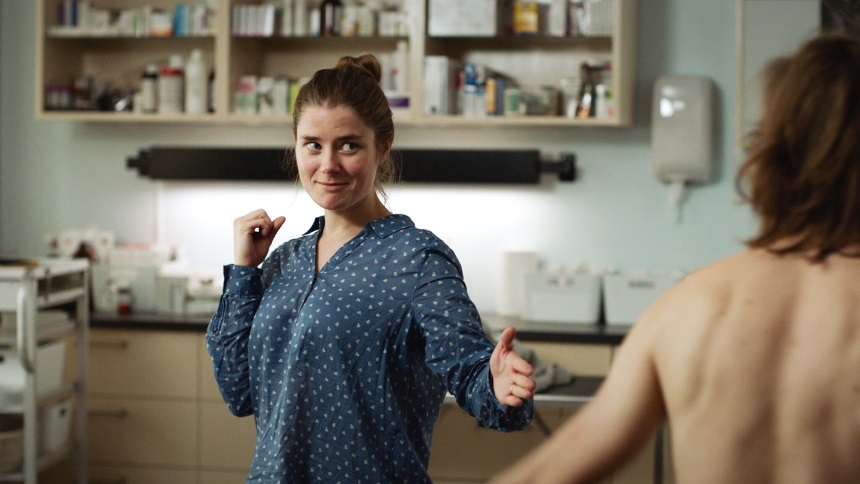 Another comedy about an unusual subject: Anke Blondé's new film is about Dorien, a veterinarian who seems to have a successful private- and business-life. But Dorien's world collapses when she discovers her parents are divorcing, her husband has an affair, and she herself is diagnosed with cancer. 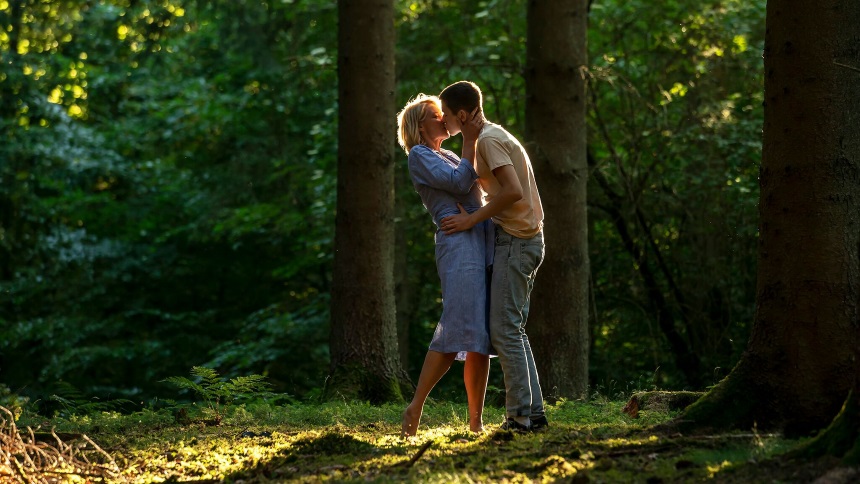 Here we see another happy family crash down, this time because the mother decides to start an affair with her estranged foster-son. This is Danish director May el-Toukhy's second film, and what I've heard at the festival is that she managed to get phenomenal performances from her actors. 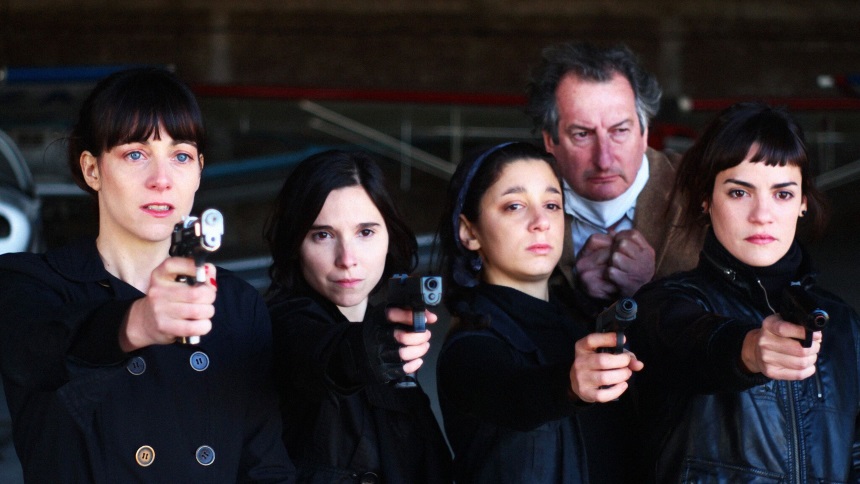 For ten years, Argentinian director Mariano Llinás worked on a 14-hour film project which tells of the magic of stories and storytelling. Cut in three pieces and telling six stories, the middle part is La Flor (Part 2), and tells a spy story which lasts a whopping 6 hours. To get an average audience rating of 4.52 with THAT length is pretty damn amazing... 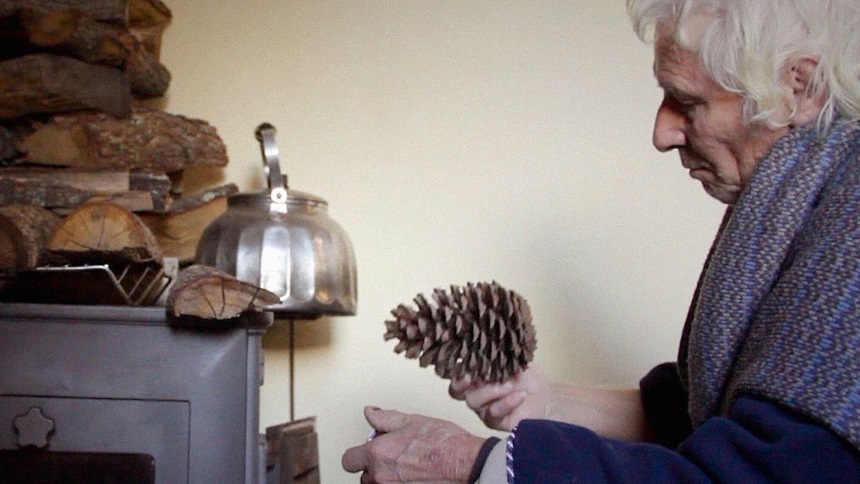 In 2015, documentary director Peter van Houten won the fourth place in the audience award with his three-hours-long look at an old French priest in The Life of Jean-Marie (as you can see in this article). Now he has made another such documentary, this time about the priest's younger brother Emile. And again it gets rave ratings... 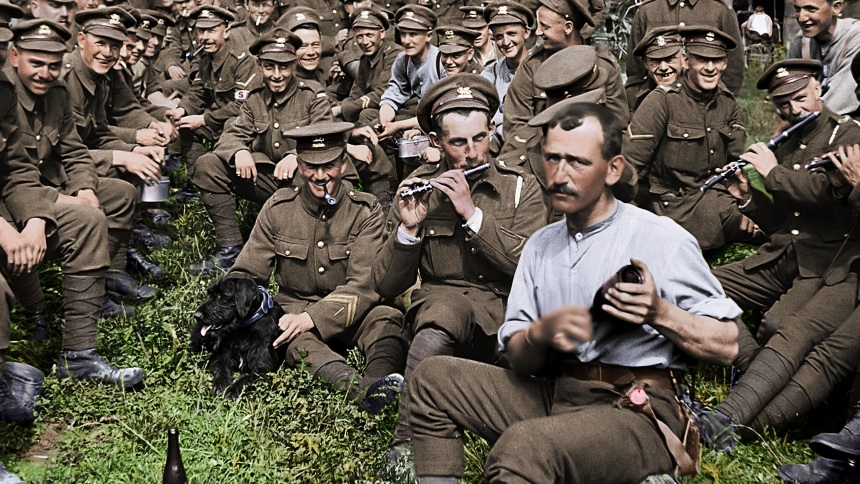 Peter Jackson took a selection of old World War One footage, had it restored, and then colored and post-effected to be played in 3D. The end result is strange but remarkable, an impressionist view at a terrible war. 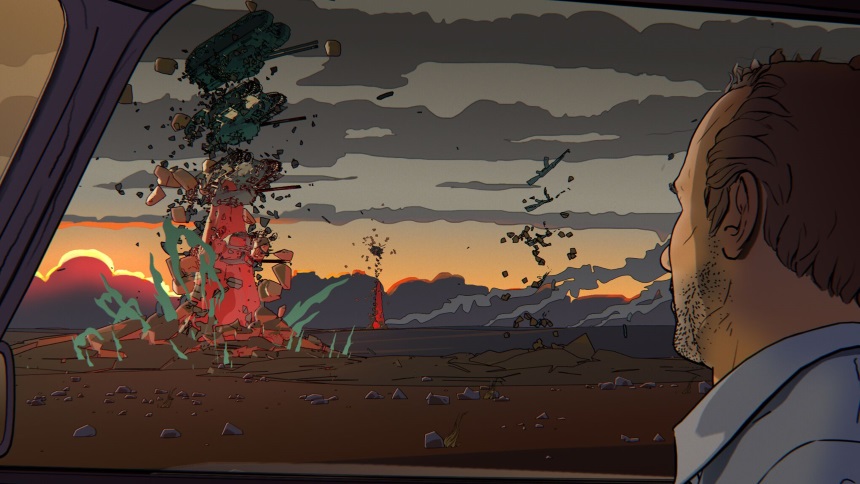 Todd mentioned this film in 2012 already, then as an upcoming animation project by Damian Nenow, co-directed with Raúl de la Fuente. In 2018 it was finally released: an animated retelling of war correspondent Ryszard Kapuscinski's stories of his time in Angola. 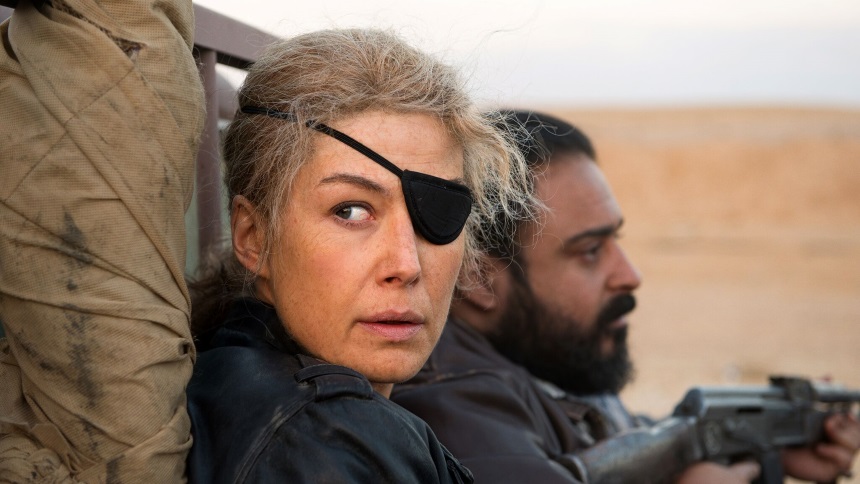 Speaking of real-life war correspondents: as coincidence would have it, Matthew Heineman's film covers the late Marie Colvin, another celebrity in that profession. Matthew Heineman is normally a documentary director, but for this film he chose to make a dramatization, starring Rosamund Pike. 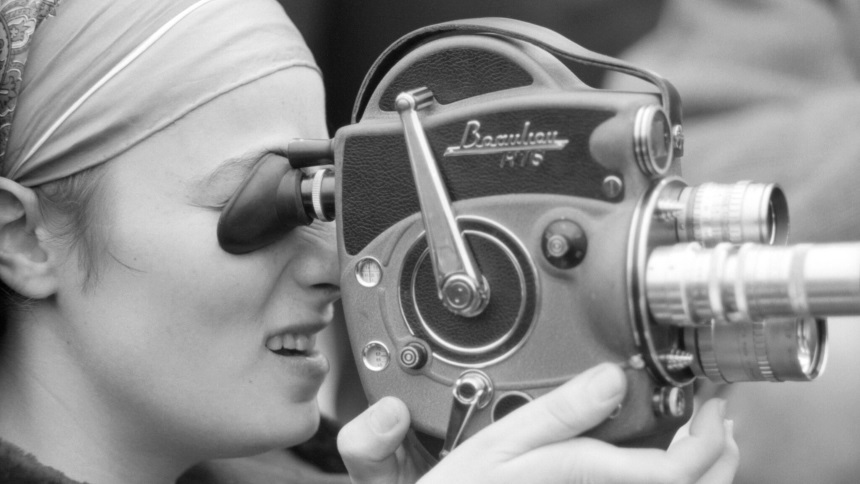 Here is another documentary, this time about Barbara Rubin, an experimental filmmaker from the early sixties. She was at the centre of a radical art movement, then had a change of heart and tried to become the first female Orthodox Jewish Rabbi. Using interviews and loads of stock footage (including several clips from totally bizarre shorts), director Chuck Smith gives a pretty straightforward account of what happened. 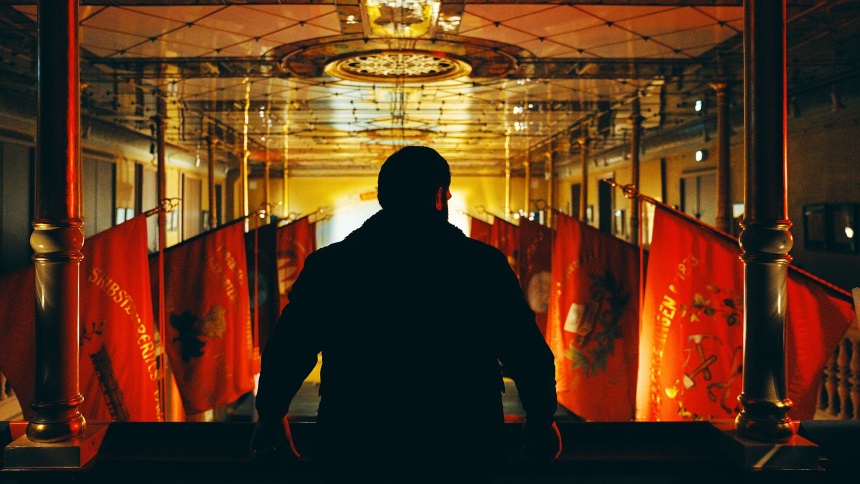 Director Ulaa Salim has made a dramatic thriller about extremism which pulls no punches, covering the stories of someone who gets enlisted for a murder and the police who try to stop him.

In his review, Martin Kudlac says the director "wants to open a discussion on what kind of world people want to live in, while avoiding open moralizing or sending warning messages". 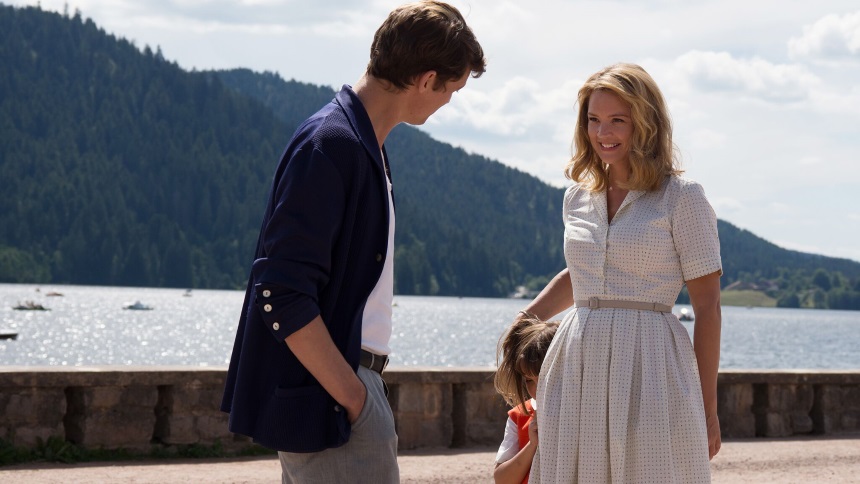 In Catherine Corsini new film, love conquers all... common sense. It shows a woman who falls for the wrong man, willingly becomes his mistress, and what effects this has on her life and her eventual children. NOT a fairy-tale, but the honest account nevertheless managed to enchant the audiences. 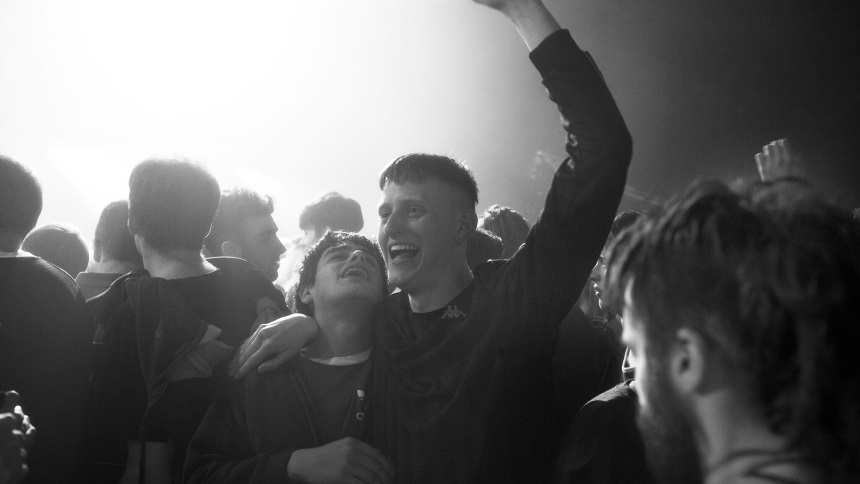 In Brian Welsh' Beats we check a couple of friends at an illegal rave party during the nineties, and we see what may be their last time together. Fun is had, loud music is played, and friendships are lost or solidified. The buzz for this film was fantastic and it was impossible for me to get into any of the screenings. Grrrr... 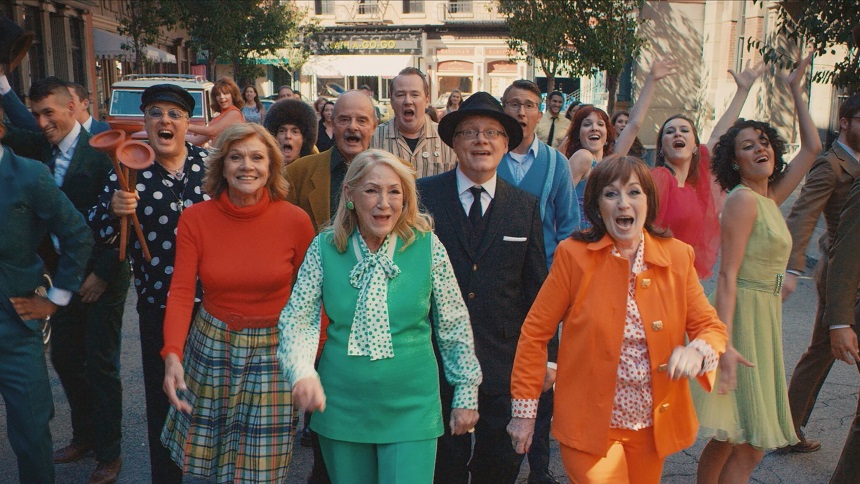 Dava Whisenant follows screenwriter Steve Young as he collects fun material for a comedy subject: industrial musicals. Long and elaborate song-and-dance routines in which a company's choice products are lauded, to hysterical effect. And yet...

... As Steve Young dives deeper, he uncovers a surprising treasure trove of talent and forgotten gems. His interest becomes an obsession, as he tracks down hard-to-find footage and uncovers the remarkable people who made it, even some famous musical giants who learned their craft with these silly mega-adverts.

This one came INCREDIBLY CLOSE to winning the festival (check that score!), but... 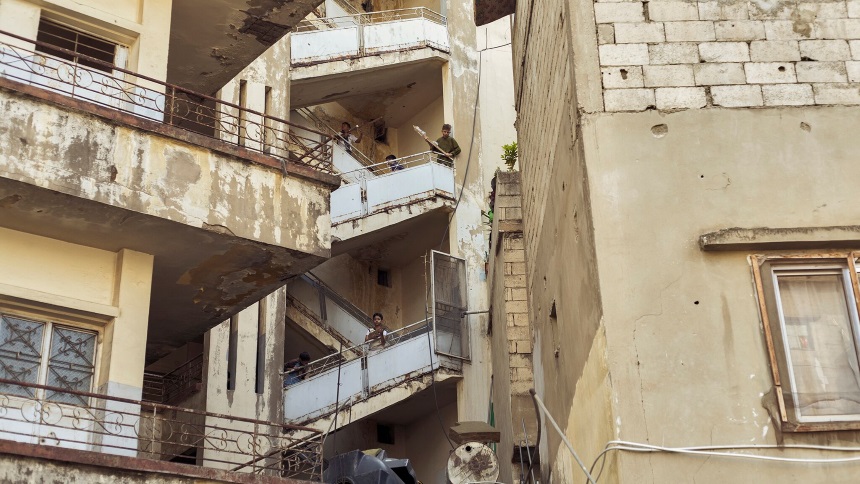 The number one of the festival was Nadine Labaki's fantastic Capernaum, a gut-punching drama about undocumented people living in Lebanon. Nadine carefully managed to avoid offending the authorities and got an amazing amount of cooperation from everyone, ranging from real judges, actual police officers and undocumented refugees.

In my review, I stated I loved the film, and I wasn't the only one.

More about Bathtubs Over Broadway

More about Sons of Denmark