Into the Dark: Treehouse
Will be streaming on Hulu.

James Roday continues to ply his trade as an actor, but he's gained experience over the past 10 years as an episodic television director. What that means for Treehouse, debuting tomorrow night (Friday, March 1) on Hulu, is anyone's guess. Jimmi Simpson (Westworld) stars as a celebrity chef who "tries to escape a recent wave of negative tabloid exposure by moving away to his family's vacation estate in the woods," according to the synopsis, "but the ghosts of his past are everywhere."

Also promising is the presence of Stephanie Beatriz, Sutton Foster, and Mary McCormack, who have all done very good work that I've enjoyed, plus Sophia Del Pizzo and Julianna Guill, with whom I'm less familiar.

Summing up: I like the trailer (watch it below) and the premise. This Blumhouse series is hit and miss, but when it hits (Pooka!, New Year, New You), it's really, really good. 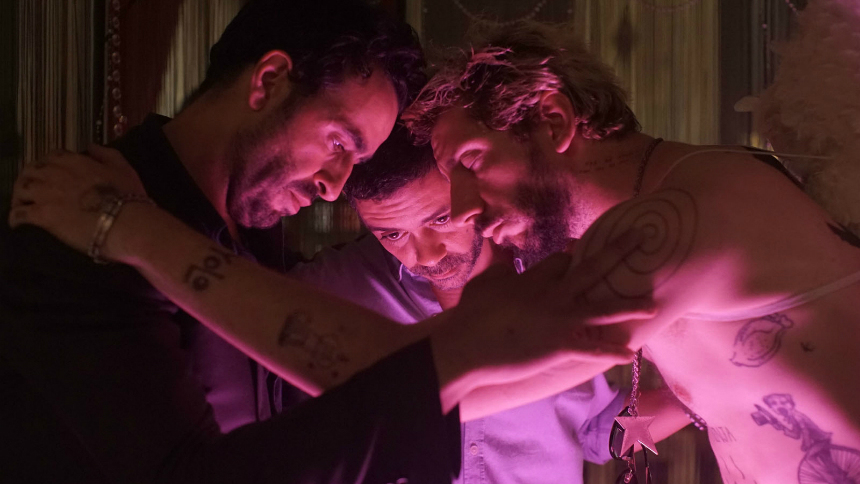 Budapest
Will be streaming on Netflix.

Hold on just a minute: Xavier Gens, the director of Frontier(s), Hitman and The Divide, has made a comedy? Evidently. Netflix says it's "absurd" and "raunchy," following "two best friends [who] put their careers and marriages on the line when they launch a business hosting outrageous, anything-goes bachelor parties in Hungary" where they arrange to kill everyone with every weapon at hand.

No, that latter part is from my own bizarre imagination, but now that I see Xavier Gens is credited as director, I simply must see what he has concocted. I know French comedies can be ... er ... quite different than what comes out of Hollywood, but still!

Summing up: A director known for extremely brutal movies has made a comedy. I'm hoping that something genre-worthy will sneak into the mix -- the trailer, which I can't figure out how to embed, includes guns, a tank, and a former Mossad agent -- but if not, I'm out after 15 minutes. 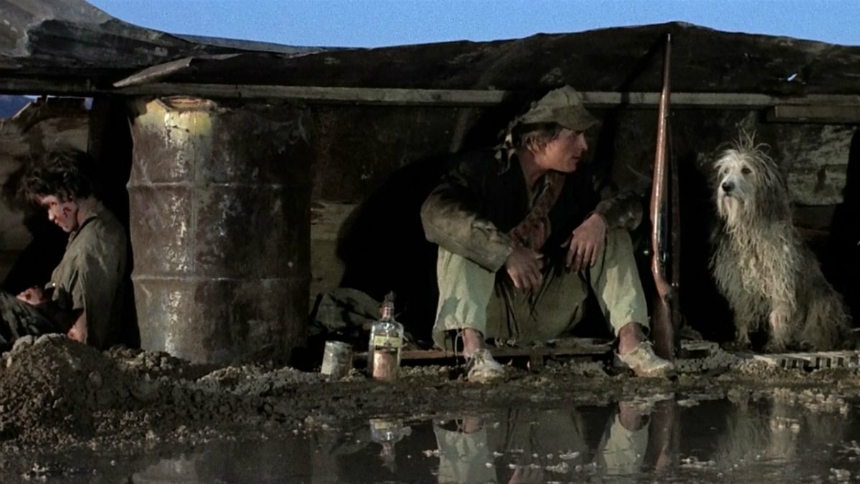 A Boy and His Dog
Now streaming on Shudder.

Adapted by L.Q. Jones from Harlan Ellison's story, A Boy and His Dog, newly available on Shuuder, is pugnacious, offensive, and transgressive. It's also the best screen adaptation to date of any of the late author's volumes of fiction.

Released in November 1975, it's a punch in the throat, picturing a post-apocalyptic world in which 18-year-old Vic, played by not-quite 26-year old Don Johnson, is far more consumed with the goal of getting laid than with any ideals for rebuilding the world or any other such nonsense. He journeys with his lifelong friend Blood (a little telepathic dog, gruffly voiced by Tim McIntire) through the wastelands of America, eventually coming into contact with the raw sexual energy of Quilla June Holmes (Susanne Benton).

Vic is preparing to rape Quilla June when he is distracted by a small invading force, which may be the final straw for some viewers. Far from any kind of admirable hero, Vic is merely the protagonist, a hard-bitten survivor who is determined to do whatever is necessary to keep on living. He represents one possible, gloomy, darkly comic endpoint for society as we knew it in the 1970s.

Johnson perfectly portrays the worst caricature of a callow youth imaginable; he does it with considerable easy, persuasive charm, characteristics that shaped his early career. It was also quite apparent in The Harrad Experiment (1973) and may be why he was confined mostly to television appearances until Michael Mann's Miami Vice series set him free.

Summing up: Recommended for sick puppies, such as yous truly.

Bonus: Speaking of Shudder, Joe Bob Briggs announced a weekly edition of The Last Drive-In with Joe Bob Briggs, a double-feature series to begin on March 29. Which should be ... awesome!

Do you feel this content is inappropriate or infringes upon your rights? Click here to report it, or see our DMCA policy.
Don JohnsonHarlan EllisonHuluInto the DarkJoe Bob BriggsNetflixShudderXavier Gens