Tribeca 2018 Dispatch: The Many Pleasures of Horror 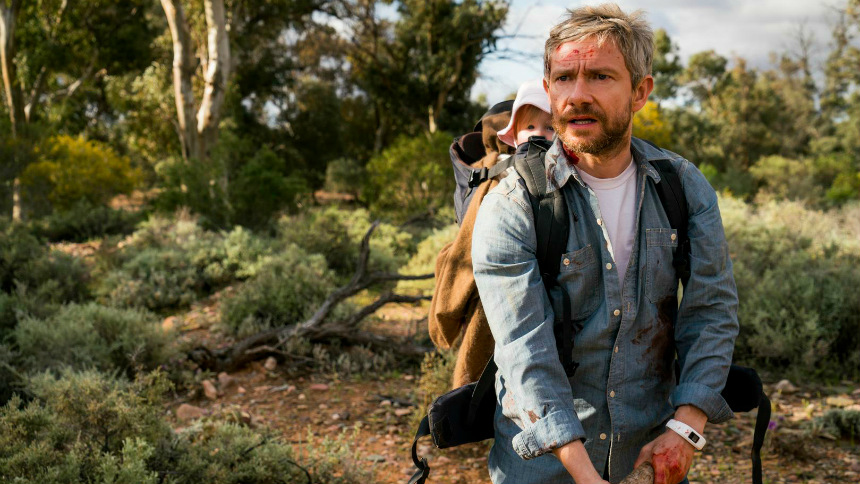 Perhaps not every horror fan will confess this, but we’re not always looking for masterpieces, or even movies that we’d recommend wholeheartedly. Instead, it’s all about moments and ideas, preferably ones that reflect the whole of the filmmaker’s heart and show an abiding respect for the genre. And by these criteria, the horror offerings at Tribeca this April more than deliver.

Of them, the one with the highest profile is Cargo, an extremely solid Martin Freeman-starrer that gets a Netflix bow next month. I heard one critic remark post-screening that it’s “a zombie Walkabout,” and while there’s some truth to that, as there is in any comment so facile, Cargo is both more and less than this reductive comparison would imply. It isn’t an art film, nor is it a spiritual odyssey that presents the Outback as a stand-in for inner landscapes. Cargo’s plot is far too pragmatic for that, and its pacing and structure are far too tight. Freeman’s character, in trying to keep his family alive (a family that changes and grows as it encounters other families), always has a destination in mind even as the world around him continues to crumble.

Using its nihilism only to reaffirm its humanism, Cargo builds to an ending that is nothing less than unforgettable. Then it becomes clear that what’s most remarkable about this reaffirmation is not only does it not eschew the fundamental horror and inevitable tragedy at the core of countless post-apocalyptic visions (Cargo recalls The Road in some aspects), but actually grows out of these givens with exquisite emotional logic. That is, whatever’s “upbeat” about Cargo is still fully dependent on the inescapable nightmare it establishes, and the film doesn’t sell itself out for a conventionally happy ending. 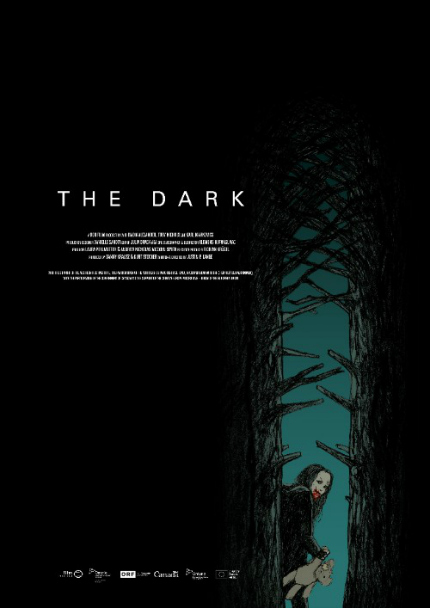 This is in stark contrast with The Dark, the feature debut of writer-director Justin P. Lange. To be clear, whatever disappointment I feel towards this film is in direct proportion to how impressed I was with it initially.

In fact, for its first 30+ minutes, The Dark is the most enthralling horror flick I’ve seen in a very long time: it’s totally unpredictable, artfully shocking, and yet has an underlying logic that one dimly senses—just like a true nightmare.

But then the script gradually comes to focus on the bonding that occurs between the two main characters, and the softening of the monster into  something both more sympathetic and far less frightening. Nothing wrong with that, really. Nor with the theme of “broken souls” finding each other. But if the resulting tone of warmth and redemption doesn’t keep the audience enthralled, well, then the audience won’t be enthralled. And it doesn’t help that the set pieces towards the end pack only a fraction of the power of those early on. So if you’re into the “moments and ideas” approach to your horror expectations as mentioned above, this ambitious film might still be worth seeking out. There’s some serious talent and inspiration on display.

[Full disclosure: The Dark is represented by XYZ Films. Todd Brown serves as head of international acquisitions there and is also the founder and editor of Screen Anarchy. He was not involved in the writing or editing of this article.] 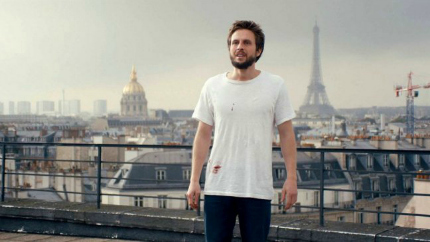 While Cargo hangs its zombie apocalypse tale on a roving, episodic structure in which the protagonist encounters a range of survivors, The Night Eats the World takes the opposite, though equally common tack: with its lone protagonist point-of-view, and siege mentality, it quickly goes inward and stays there. But arguably that common tack touches on the problem with Dominque Rocher’s film, which also happens to be a debut feature: it’s a bit too familiar overall, and as a portrait of an isolated individual in extremis it brings little that is fresh, psychologically or narratively, to that particular table.

Certainly one could hardly do better than casting the always-impressive Anders Danielsen Lie as the protagonist, and Rocher achieves some striking scenes with him. But this is essentially a one-man show that invokes tropes that we’ve seen more than once elsewhere: turning a zombie into a pet/friend, the danger of mistaking fellow survivors for zombies, the self-indulgence that’s possible in a world of property without owners, and so on. To be fair, The Night Eats the World sometimes explores the subgenre’s perennial themes with unusual subtlety. Its opening scenes, which generate substantial unease without any horror elements yet present, effectively demonstrate how alienation can occur even when (or especially when) one is surrounded by others. Later on, in contrast, we see how a connection to others can be experienced when one is actually all alone—indeed, even when those one feels connected to are no longer alive.

Thoughtful, well-made in every aspect, and with unexpected but inventive musical numbers, Night is a hard film to dislike. And its chief issue, that nagging familiarity, is difficult to find too much fault with, too, oddly enough. In fact, in terms of its zombie-siege context it handles many of the logistics (the hunt for food and water), the psychological toll (the boredom, the cabin fever), and the usual thematic concerns (why go on living exactly?) with more sophistication than many other films we’ve seen... but unfortunately we have seen those earlier works, and so even the effective upgrades here come across as mild revisions rather than major revelations. 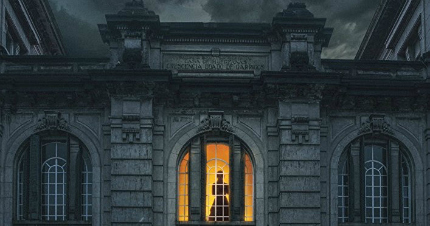 Nicely counterbalancing the survival-horror flavor of the previous three films are the neo-gothic stylings and heavy doses of surrealism found in You Shall Not Sleep. That’s not to say that director Gustavo Hernández and writer Juma Frodde don’t play up the “real world” underpinnings of their sleep deprivation-based tale; indeed, the ostensible villain (played with hammy appeal by Belén Rueda) is really just a mad scientist masquerading as an experimental theater director, the key word being experimental.

The real strength of You Shall Not Sleep, though, is its thick air of mystery, one that’s responsible for some slow sections as the script sometimes laboriously puts all the pieces in place, but then ultimately pays off with some glorious craziness. Yes, some viewers will throw up their hands at the reversals, reveals, and shifts in the narrative frame of reference, especially in the final act. It’s even fair to say that the film flirts with outright incoherency, but to me that’s one of the things that the horror genre can not only get away with, but also use to its advantage. In short, I took the film’s desire to keep topping itself as a sign of its generosity, of its commitment both to the offbeat world it creates and to the audience.

In the end one might even argue that its illogic is completely logical. After all, it’s a film that takes its title, and premise, from A Nightmare on Elm Street dictate that it then pursues to the ends of  all reason. The narrative itself starts to feel sleep deprived, and one can imagine the filmmakers discussing how to leave audiences in the same state of disorientation as the characters. Moreover, if a film leaves you feeling off-balance in terms of the realities it presents, and does so convincingly, not annoyingly, not as a gimmick, that’s an accomplishment. Keep your pat, easily-digested Blumhouse-style horrors; I’ll always opt for the wild and slightly out of control.

More about The Night Eats the World

More about No Dormiras (You Shall Not Sleep)