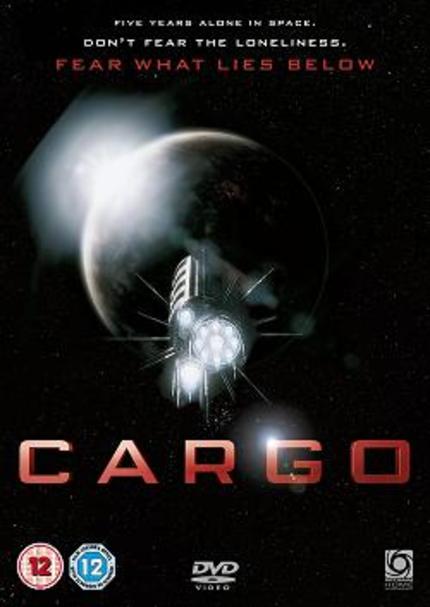 There is a scene fairly early in Ivan Engler and Ralph Etter's Cargo where, as the camera drifts past the refugees huddled along the decks of the crumbling space station where the film begins, one of them is clearly playing with a Nintendo DS. It's a lazy anachronism characteristic of Cargo as a whole; Engler and Etter have a grandiose vision of what the film ought to look like but they simply lack the skill to visualise it in any kind of consistent, believable way.

Cargo is set in a fairly pessimistic future where pollution and exploitation has left the Earth uninhabitable. The survivors huddle in giant orbiting platforms looking down over the dying planet, dreaming of a ticket to Rhea, the first colony the ruling government has established outside Earth's solar system.

Laura Portmann (Anna-Katherine Schwabroh) is a doctor desperate to buy her way to Rhea so she can rejoin her sister, who's already established there along with her family. To this end she signs up with the Kassandra, a cargo ship bound for Rhea carrying valuable construction materials.

With the journey set to take eight years, each crew member takes an eight month shift on watch while the others stay in cryogenic sleep. Nearing the end of her solitary vigil, Laura starts to suspect she's not the only one awake, and when she rouses the others, their search of the hold reveals the Kassandra's mission is not what they originally thought.

While this might sound like the setup for a fairly predictable stalk and slash like the recent Pandorum, Cargo has ambitions beyond simply revealing there's something nasty down in the hold. Unfortunately Engler and Etter simply can't pull the different elements of the production together for enough of a stretch that they form any kind of coherent artistic statement.

Great care has obviously gone into the CG exteriors and wider location backdrops, but the cold, somewhat lifeless renders (far too pristine given the ship is supposedly falling apart) sit uncomfortably with the interior shots, where the low budget is painfully apparent. The first act is plainly aiming to maximise the tension once the crew have uncovered the secrets buried in the hold and things start to go horribly wrong, but the backstory we're given is far too enigmatic and lacking in detail to get the audience invested in what happens to these characters, and Cargo is neither inventive nor remotely violent enough to qualify as an effective horror story.

It also doesn't help the viewer to care when few if any of the cast behave in any kind of plausible human fashion. The actors try, but none of them have the skill or the presence to sell a script which is generic at best, nonsensical at worst. Cargo barely puts any effort into justifying its use of tired old clichés, much less into pulling them off well. Why split up to search the hold? Because it'd take too long otherwise. There's only the absolute minimum of scene-setting to try and make this seem like a natural response, and things only get worse from there.

The locations are also a sticking point beyond the basic problem the live-action and CG don't gel effectively. The Kassandra may very well be realistic, but it feels uncomfortably like somewhere dreamt up solely to fit the needs of the plot. What springs to mind far too often is the sequence in Galaxy Quest which parodied the thoughtless set dressing that went into much of Star Trek ('Who designed this ship?').

All of which conspires to effectively derail the big climax, which - without revealing the twist - aims for something world-shaking but fails to convince on any level. The effects can't measure up to Engler and Etter's ambition, the lack of any significant character development means any attempt to convey peril fall comically flat and at least one key dialogue sequence is shockingly badly thought out.

Cargo isn't a terrible film, but it's achingly mediocre. It's never much fun effectively accusing someone of having too vivid an imagination, but if the directors had only stuck with one idea, narrowed their scope or acknowledged there were things their budget would see them struggle to achieve, focusing their energies could have made the movie much, much better. As it stands, while the odd moment might resonate with the patient viewer, it's difficult to imagine anyone willingly watching this more than once.

Optimum Home Entertainment's UK DVD release of Cargo - available to buy now - is almost as bare bones as they come. The disc launches directly into a workmanlike menu with the minimum of options. The film is divided into twelve chapter stops. Subtitles are easy enough to read, but they adopt a loose, offhand approach to translation which frequently feels distractingly unnatural, they miss several announcements over the ship's tannoy (which are non-essential, but clearly meant to clarify proceedings) and there are a number of minor grammatical quibbles and spelling errors. The audio track (only Dolby 5.1 is listed) is perfectly fine, with dialogue clean and clear and a good amount of bass on the frequent rumbles of heavy machinery in the background.

The picture is serviceable, but occasionally problematic - long stretches of Cargo are very dark, and the image is fairly soft and lacking in much fine definition. The DVD is perfectly watchable, and the CG footage frequently eyecatching, but the disc on the whole is far from demo material. The only extra is the original two-minute trailer, which has a burned-in English translation, but nothing for the intertitles.

Cargo is the kind of thing you want to cheer on principle - a microbudget science fiction production from a tiny film industry that dares to shoot for the stars - but there's simply nothing here that warrants such enthusiasm. Despite the obvious effort that's gone into it the whole thing fails to convince; every aspect of the production has frequently been done before, and usually better. No doubt it will provide some people with an evening's undemanding entertainment, but it's impossible to recommend it over any number of alternatives. Still, if you must own Cargo, Optimum Home Entertainment's UK DVD release is about as good as the film deserves.

(Thanks go to Optimum Home Entertainment for facilitating this DVD review.) 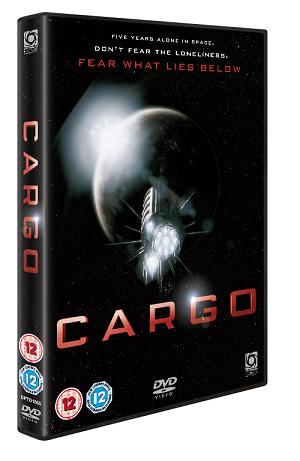