Review: I AM NOT A SERIAL KILLER Morphs From Teen Fiction to Murder Mystery to Cagey Thriller 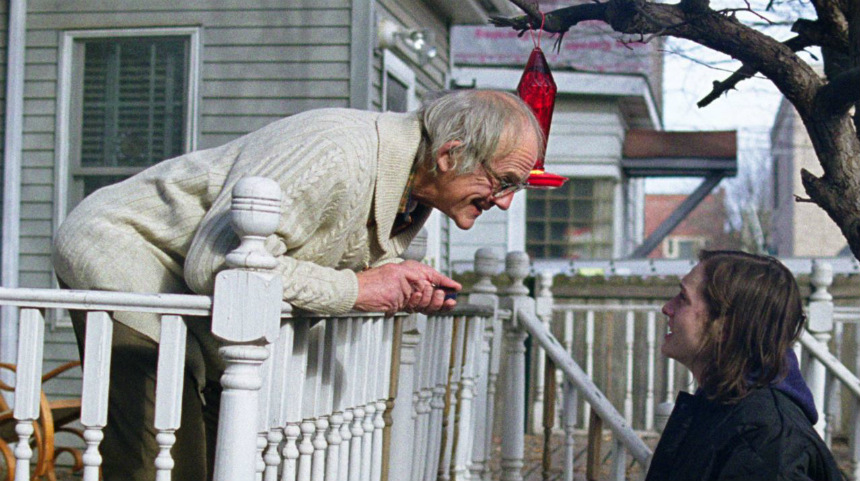 "There is a savage beast in every man," wrote George R.R. Martin in A Storm of Swords, and American teenager John Wayne Cleaver has taken those words to heart.

John (Max Records) lives in a small, cold town in the U.S. His mother April (Laura Fraser) is a morgue technician, and so John has grown up with a pragmatic view of the human body, which only feeds his fascination with bodily functions.

Based in part on his clinical detachment from sights that would send many teens fleeing, John has decided that he is a sociopath and, potentially, a serial killer in waiting. He's perfectly fine with his own diagnosis, which goes far beyond what his psychiatrist (Karl Geary) has told him. He feels completely alienated from all his other classmates anyway, save for his best friend, and he's fine-tuned his fatalistic detachment to the point that he's not even aware of a young woman who tries to catch his eye.

To prevent himself from killing anyone, John enforces certain rules in his life, though that doesn't stop him from paying particular attention when a very serious crime is committed. (it's a small town, after all.) John investigates, draws his own conclusion about a likely suspect, follows the fellow from a distance, sees him meet up with a likely victim ... and then receives the shock of his life. 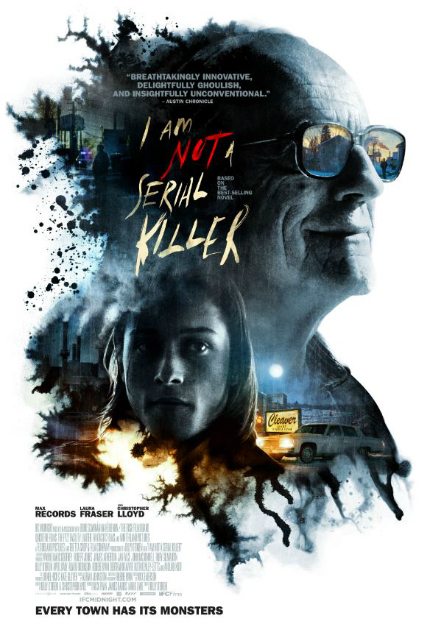 I Am Not a Serial Killer is based on a novel by Dan Wells, first published in 2009, and adapted for the screen by Christopher Hyde and director Billy O'Brien. O'Brien made his feature debut with the dark, moody, and disturbing Isolation, which screened at Fantastic Fest in 2006 and left a deep impression on me. (Full disclosure: I was a member of the horror jury that awarded it prizes for best film, best director, and best cinematography.)

Not having seen anything by O'Brien since then, the altogether brighter, looser initial look and tone of I Am Not a Serial Killer caught me off-guard. As the film progresses, though, the director's strengths, first displayed in Isolation, become more apparent, chiefly the framing and the pacing.

O'Brien also elicits a collection of fine, generally underplayed performances, epitomized by Laura Fraser's motherly role. She may not understand her son anymore -- she may even be a bit frightened of him at times -- but she is still his mother and she remains fiercely protective and supportive. Max Records, once the young hero of Spike Jonze's Where the Wild Things Are, plays John as a young man who is firm about his own oddball convictions and wise (in certain ways) beyond his years. It's a winning, charming turn that centers the narrative while also allowing room for the teen's darker inclinations to bubble to the surface.

Christopher Lloyd portrays a crusty, kindly neighbor, and initially he is the embodiment of the fabled, friendly, feeble old man who lives across the street. Later, he reveals hidden layers of his personality, which gives the movie a very welcome jolt and sustains the story through to the end.

I Am Not a Serial Killer morphs comfortably from teen fiction to a murder mystery to a cagey thriller, all with a wry sense of humor. It's modest and fully engaging, and smart enough not to overplay its hand.

Review originally published after the film enjoyed its world premiere at SXSW in March 2016. It opens in select U.S. theaters and on Video On Demand platforms on Friday, August 26.

I Am Not a Serial Killer