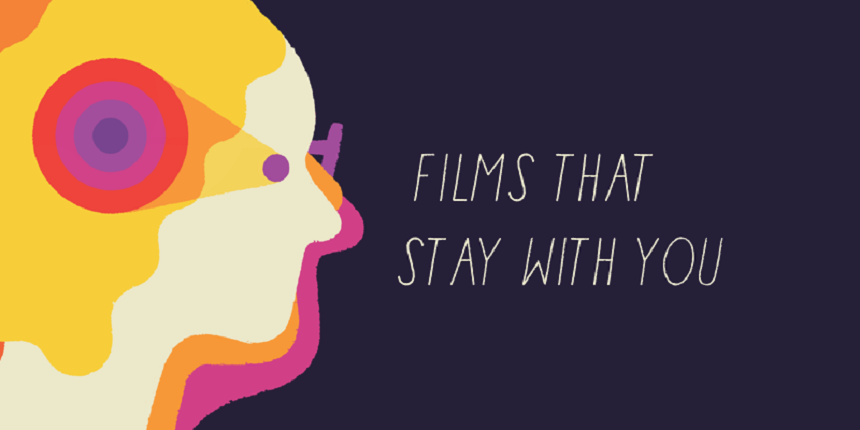 Celebrating its 65th edition, the Melbourne International Film Festival (MIFF) has revealed its full program. With the festival now less than a week away, let's take a look at the highlights, some personal recommendations, and ScreenAnarchy reviewed gems from festivals during the year past. 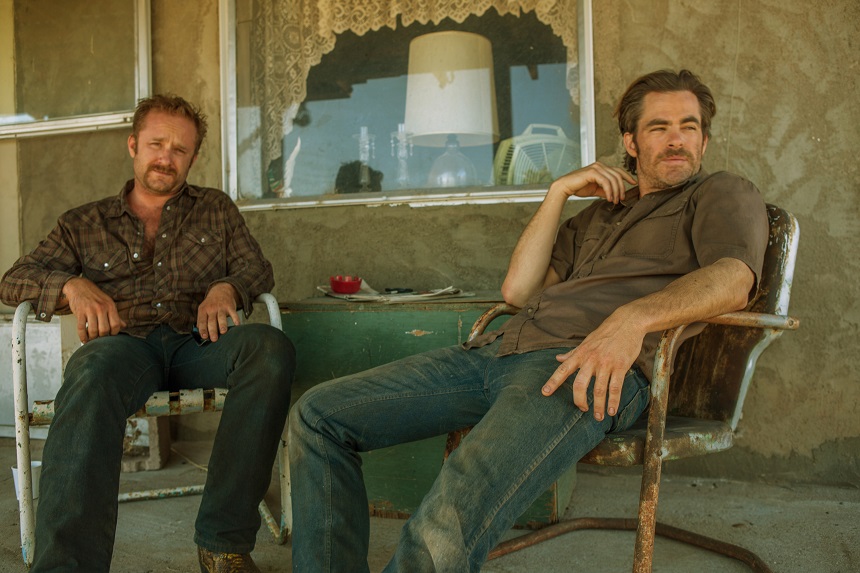 The Closing Night film has been revealed as Cannes contemporary cowboy hit Hell or High Water (above), directed by David Mackenzie (Starred Up) and written by Sicario scribe Taylor Sheridan,

Our own Ryland Aldrich saw it and in his review called it "something that feels simultaneously classic and fresh".

The Kids Gala returns with the red-carpet Australian premiere of the 3D film, Kubo and the Two Strings. It's an animated film featuring the voices of Charlize Theron, Matthew McConaughey and Rooney Mara; Travis Knight, the Oscar-nominated animator of Coraline, directed.

Joe Cinque's Consolation, already sold out, is based on Helen Garner's award-winning book; an emotionally complex and chilling true-crime drama. US director Matthew Jones will also be in town on behalf of The Man from Mo'Wax, a no-holds-barred insight into the extraordinary James Lavelle and the record label he co-founded with Tim Goldsworthy. 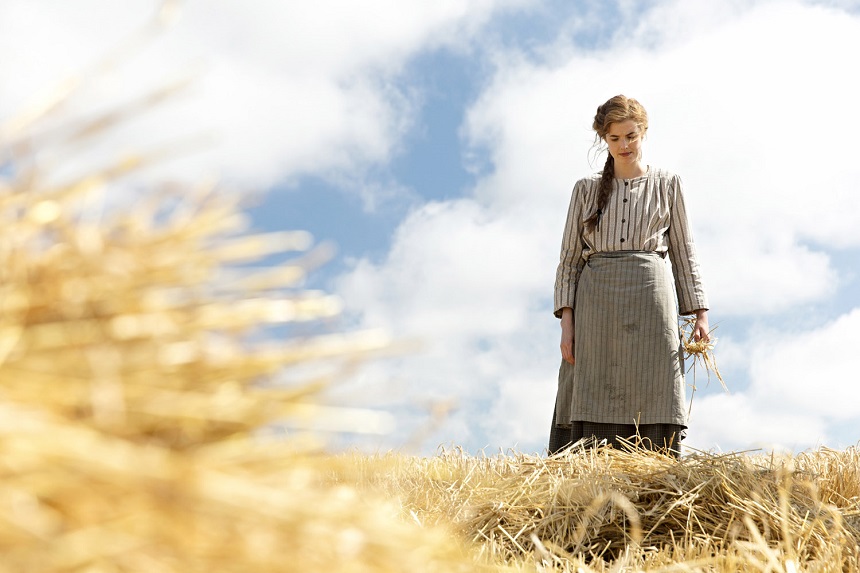 Dustin Chang called it "glorious" in his praise-worthy review, and it is certainly highly anticipated, considering Terence Davies himself will be a guest of the festival. It is curious then why his latest feature A Quiet Passion is strangely absent from the program. Here's our interview with the director discussing both films.

Also screening in Headliners is Ben Wheatley's High Rise, a dystopic psyhological thriller starring Tom Hiddleston and Jeremy Irons; Kurt saw the film and called it "triple distilled satire, to be served cold with a garnish of mania in his review. 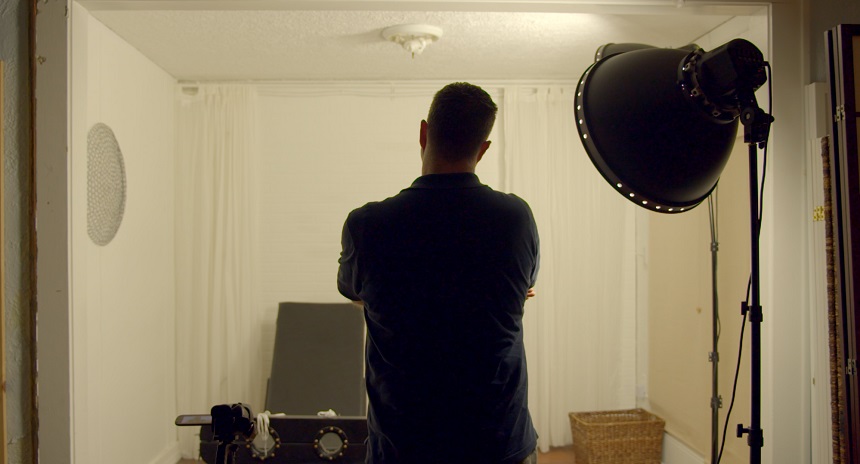 The Documentaries program including Tickled (above), which starts as an investigation into the world of 'competitive endurance tickling' and soon takes a darker turn. The film's director David Farrier will be a guest. Other documentary highlights include Cameraperson, taking viewers inside the global career of cinematographer, Kirsten Johnson; and The Eagle Huntress set in the mountains of Mongolia where a teenage heroine learns the ancient - and previously male-only - art of falconry. 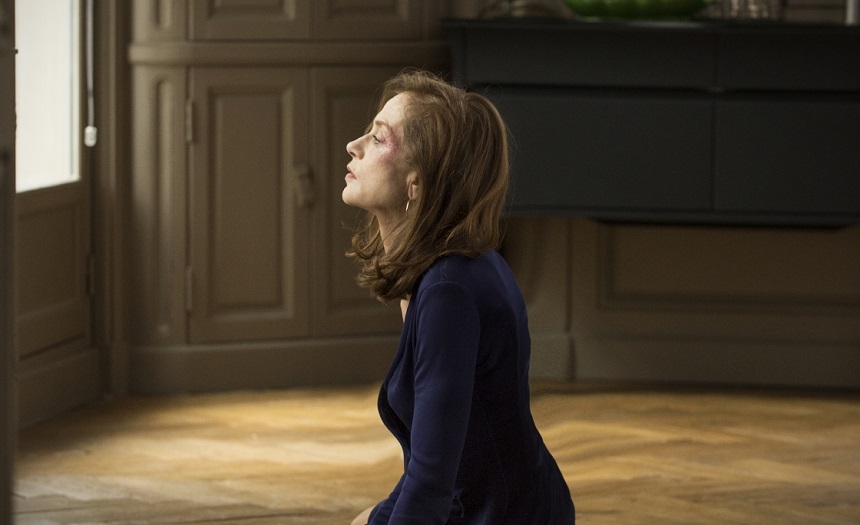 Elle (above), one of Cannes' most talked-about and psychologically complex films, featuring a standout performance from Isabelle Huppert, was reviewed by Jason and called "a masterwork by a master filmmaker". Julieta, the 20th film from Spanish auteur Pedro Almodóvar is referred to as Banal in Shelagh's less than impressed review

Christine also joins the lineup; starring Rebecca Hall in her career-best portrayal of Christine Chubbuck, the real-life television journalist who committed suicide on air. In Ben's very entertaining and mysterious review, he calls Christine a film he will be living with for months. Needless to say I highly recommend this film.

The festival will also be showing Kate Plays Christine, the Special Jury Award-winner at this year's Sundance Film Festival, which follows actor Kate Lyn Sheil as she prepares to play journalist Christine Chubbuck. Director Robert Greene will be a festival guest.

In the new program strand Dance on Film. Director Celia Rowlson-Hall, no stranger to working with filmmakers Lena Dunham and Gasper Noe, will be a guest of MIFF with her debut feature Ma - a contemporary, choreographic road movie re-imagining the Virgin Mary's story.

Seeking Refuge films include the survey on the European refugee crisis, Fire at Sea, which won the Golden Bear for Best Film, the Amnesty International Film Prize, and the Prize for the Ecumenical Jury at the Berlinale. 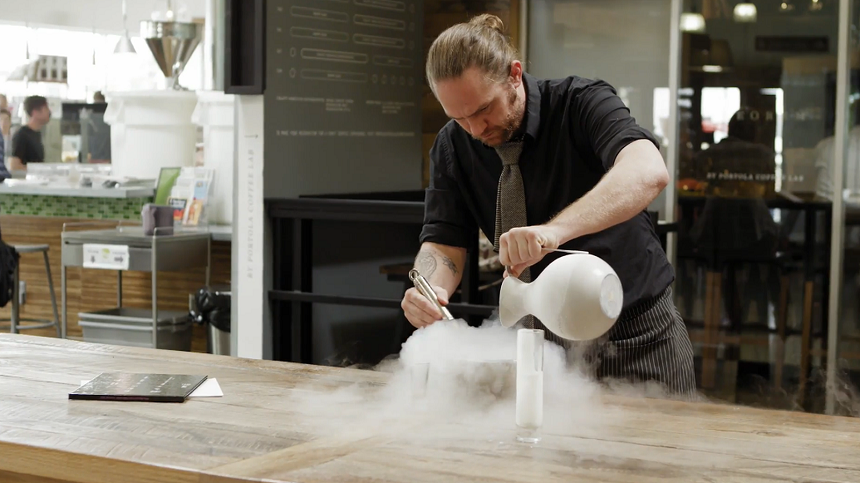 Culinary Cinema returns with a spread of film delicacies including Bugs, in which Nordic Food Lab chef Ben Reade takes an entertaining journey through one of the last culinary taboos in the west; Sour Grapes, featuring a good humoured take on one of the most impressive wine frauds in modern history; and Barista (above), providing an enlightening and intense glimpse into the art of producing a flawless cup of coffee.

Night Shift will keep horror fans and night owls on their toes with a line-up including The Lure, Poland's first vampire mermaid musical. The Eyes of My Mother, directed by music-video prodigy Nicolas Pesce, who carves his name indelibly into the psyche with one of the most memorable horror films in recent memory; and Under the Shadow, from first-time feature film director and MIFF guest, Babak Anvari. Turkish horror Baskin, which Ryland calls a midnight movie "through and through" in his review, is accompanied by I Am Not a Serial Killer (Peter's review here), The Love Witch (above); an ultra vibrant trip into sexy exploitation cinema, Train to Busan, the Cannes hit that's just opened to record seats in South Korea, and a film Pierce called in his review "a tense and inventive mix of genre thrills and social anxiety."  The Devil's Candy also joins this list, a film that Todd Brown precisely reviewed, calling it "worth the wait" in reference to the Directo's last great film, The Loved Ones, a cult classic.

Do you feel this content is inappropriate or infringes upon your rights? Click here to report it, or see our DMCA policy.
AustraliaMelbourneMelbourne International Film FestivalreviewsScreenAnarchy