Lost Episode Festival: The 2016 Lineup Includes THE GREASY STRANGLER And UNDER THE SHADOW 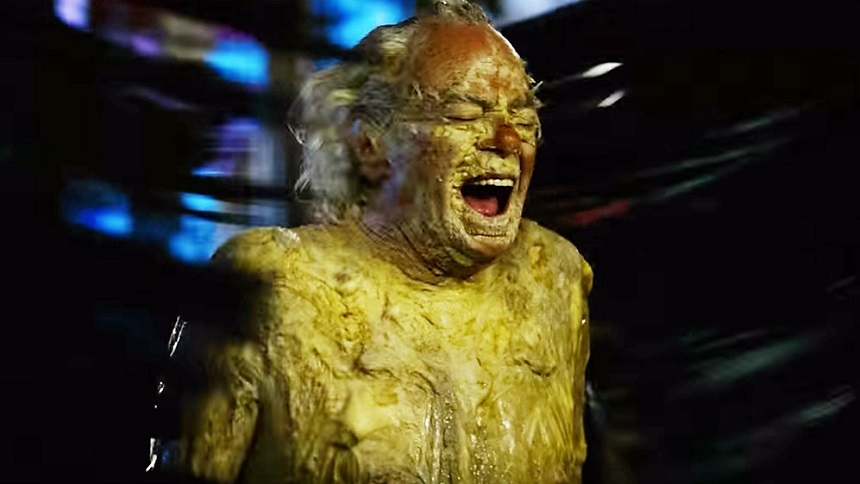 Often we talk about Toronto's embrassment of riches when it comes to film festivals and specialized screenings. You would be hard pressed to throw a Timbit in the air and not hit a festival screening. And local hero Johnny Larocque and his weekend long Lost Episode Film Festival (LEFT) is easily worth two Timbits.

LEFT is coming up next weekend August 5th through 7th, giving local ScreenAnarchy readers a few days to sober up after the civic holiday weekend that starts today. With weekend passes almost sold out Johnny passed along a promo code for our readers in the local area. When you buy your tickets you can save 10% using the code SCREENANARCHY (case sensitive).

Read the full press release below and you will see that there are a lot of festival circuit faves coming to Toronto next weekend. The Greasy Strangler, Under the Shadow, and Sun Choke just highlight the great lineup that LEFT 2016 has in store for you.

Lost Episode Fest Toronto (LEFT) is ecstatic to officially unveil its schedule of killer films for 2016! This year is our biggest festival yet, showcasing 50 films, including shorts and features. Our lineup includes a mix of the most critically acclaimed and eagerly awaited new genre films (horror, sci-fi, animation and more) from this year’s international film festival circuit, as well as indie gems yet to be seen in Canada. These 10 new screenings will all have their Toronto, Canadian or International Theatrical Premieres hosted exclusively at the festival’s 4th Annual Edition this August 5-7, 2016 at the Carlton Cinema, our licensed festival home in the heart of downtown Toronto.
THE GREASY STRANGLER (Comedy/Horror/Thriller) (USA) Toronto Premiere!
“2016’s MOST WTF FILM” according to The Daily Beast, this practical effects disco obsessed creature comedy left Sundance audiences in shock and awe, and had critics calling it a “playful oasis of filth and depravity” (The Guardian); “an exercise in juvenile scatology that’s almost awesomely pure in its determination to annoy.” (Variety); “Disgusting, deviant and pleasurably weird at heart” (Indiewire). From the mega producing team most likely tocombine to form Voltron: Elijah Wood (LORD OF THE RINGS) and Ben Wheatley (KILL LIST). This is the cult film of the year that you do not want to miss!
UNDER THE SHADOW (Horror) (IRAN/UK/JORDAN) Toronto Premiere!
“The feminist horror film that scared Sundance silly” (The Guardian). As a mother and daughter struggle to cope with the terrors of the post-revolution, war torn Tehran of the 80s, a mysterious evil begins to haunt their home. Another Sundance favourite critics are calling “The first great horror movie of the year” (Indiewire) and that had our festival programmers sleeping with the lights on.
DAYLIGHT’S END (Action/Horror/Sci-Fi) (USA) Canadian Premiere!
Starring Lance Henriksen (ALIENS) and Johnny Strong (THE FAST AND THE FURIOUS). Years after a mysterious plague has devastated the planet and turned most of humanity into blood-hungry creatures, a rogue drifter on a vengeful hunt stumbles across a band of survivors in an abandoned police station and reluctantly agrees to try to help them defend themselves and escape to the sanctuary they so desperately need. Our favourite action flick of 2016
also proves Henriksen can still kick some serious ass, in case you had any doubts.
SUN CHOKE (psychological thriller) (USA) Canadian Premiere!
BAD BLOOD THE MOVIE (Horror/Creature Feature) (USA) Toronto Premiere!
THE BARN (Retro Horror) (USA) Toronto Premiere!
CORD (Sci-fi/Cyberpunk) (GERMANY) Canadian Premiere!
DRY BLOOD (Thriller) (USA) Canadian Premiere!
THIS PAPIER MACHE BOULDER IS ACTUALLY REALLY HEAVY (Comedy/Sci-Fi) (NZ) Canadian Premiere!
VAMPYRES (Horror) (SPAIN) Canadian Premiere!
TWISTED FAIRYTALES (Short Film Programme) World Premiere!