Frontières 2015: Works-In-Progress Features Werefrogs, Crabs, The Apocalypse And A Woman In A Shower

Andrew Mack
Editor, News; Toronto, Canada (@Mack_SAnarchy)
Tweet Post Submit
The Works-In-Progress series at Frontières is always a good time because these are the films that are coming down the pipe in the not too distant future. These are the films to keep an eye out for in the coming year at a festival near you.
We got to see clips and trailers from four projects this year. There were a couple creature features, Bad Blood and Crabs! Then there was a time travel slash post apocalyptic movie called Diverge. And to start it all off we got to watch a few minutes of a documentary about a very specific moment in Alfred Hitchcock's film career.
The thing to remember about any of these titles is that they are all still in the working stages. This is not meant to be interpreted as a review of the films but simply impressions from the material we were shown. And I was impressed by all four in different ways.

Bad Blood writer and director Tim Reis (producer of The Demon's Rook and Goat Witch) presented four clips and a trailer for his upcoming feature debut, a Werefrog creature feature. Yes. You read that right. Werefrog.

The story is Victoria goes missing and when she returns home she has these vials of fluid that her overbearing step-father assumes is for a drug habit. When he locks her in her room during the next full moon she transforms into the Werefrog. Amphibious death awaits us all!

The first clip was a scene set in the lab where Victoria was transformed by her kidnapper. It displayed a very colorful spectrum and was reminiscent of Stuart Gordon's work on The Re-Animator and films of that ilk. Another scene was the set up for her transformation at home which started with the confrontation with her step-father. It pretty much sets him as the douchebag who needs to die first. We also were shown a trailer for the film.

We got a brief glimpse of the creature effects. They were done by regular Reis collaborator James Sizemore (director of The Demon's Rook) and as you can see from the photo above the practical effects look good. We did not see a transformation so there is that to look forward to.

Tim is currently looking for sales representation and help raising funds for the rest of the post production. 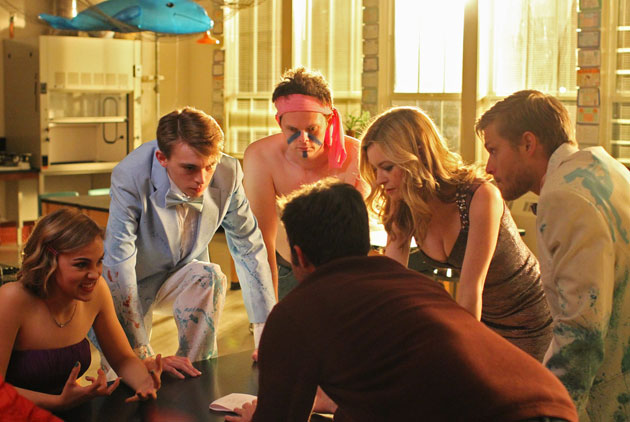 Here is how the market guide described Crabs! Mutated by nuclear runoff in the wake of the Fukushima disaster, a horde of murderous horseshoe crabs descend on the sleep town of Mendocino, CA.

Crabs! looks like it could a lot of fun with tongue firmly planted in its cheek. Standouts included Allie Jennings as Maddie Menrath. Just a high energy all-American girl with a cutie-pie face. Jessica Morris, who plays her mom and her teacher, Annalise, is not so bad either. High Five to my imaginary David Lee Roth! #HaveToBeRaisedInThe80s

We saw most versions, shapes and sizes of the crabs in the footage presented to us. We got to see a fair bit of death by crab and the project's throwback style, harking back to the days of 80s creature comedies.

Crabs! certainly has crowd-pleaser written all over it. An audience like the Fantasia crowd would eat this up! With some butter and lemon juice.

The production is looking for a fair bit of help. The director, Pierce Berolzheimer, has been editing the film himself but they would like to hire an editor to take a look at it. They came to the market looking for sales and finance partners and finishing services. 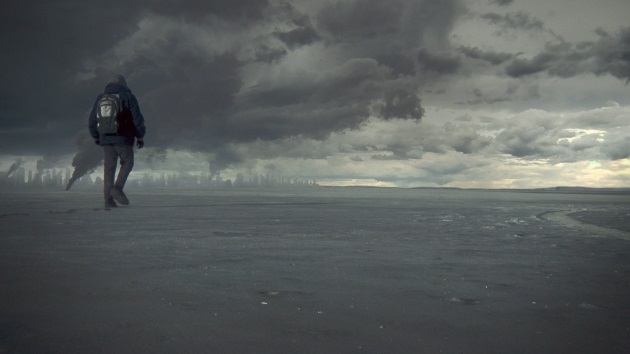 Post apocalyptic flick Diverge is looking for help wrapping up their time travel story. In the film a man is given the opportunity to travel back in time and stop a global catastrophe before it happens.

Producer Matthew Smaglik presented the first twenty minutes of the film. In the clip man and a women hike along a barren landscape. A complete stranger approaches them in the middle of the night and tries to coerce the man to join him. The couple find the body of another traveler. Then he wakes up in the past. And that is about as much detail as I dare share.

Those first few minutes are very quiet, with the soundscape left to the environment around them. What is there to say when the World lies in ruins around you? Even after he is transported back in time there is little dialogue.

Diverge came to the market looking for international sales partners, deliverables (DCPs) and finishing services. This will be director James Morrison's feature debut. 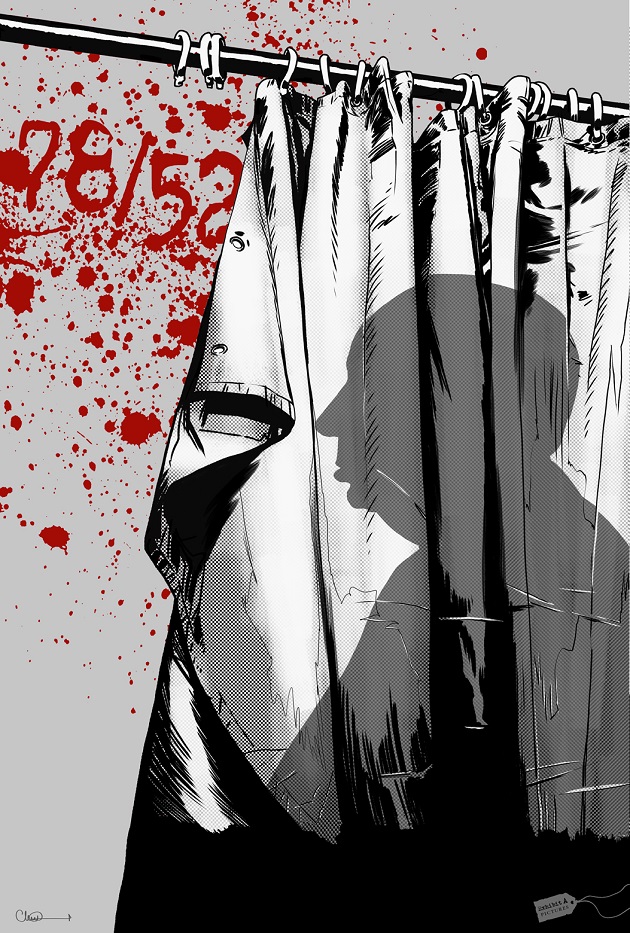 78/52 - A feature length documentary from Alexandre O. Philippe, director of Doc of the Dead and The People vs. George Lucas is making a new doc about the single most extra-ordinary and mysterious scene in the history of cinema: the iconic shower scene in Alfred Hitchcock's PSYCHO. 78/52 tells the story of the man behind the curtain and his greatest obsession.

78/52 will be the first documentary to ever focus on a single scene in a film. 78 set-ups. 52 cuts. One iconic scene. The film will break down into four segments: production, deconstruction, impact and legacy. We got to watch about 18 minutes from the deconstruction segment and it was just awesome watching historians and industry professionals analyze the shot choices and the edits.

We saw Aaron Moorehead and Justin Benson from Spring, Elijah Wood and his partners at Spectrevision, Richard Stanley and Eli Roth commenting on the scene. American Psycho author Bret Easton Ellis was in it. And the proverbial many more.

Not to speak against the other projects and their strong points but this was THE talked about project afterwards.

The project is looking for pre-sales and co-production.

Exhibit A Pictures is producing.