Pierce Berolzheimer's creature feature charms, but the genre-switching might throw some people off... 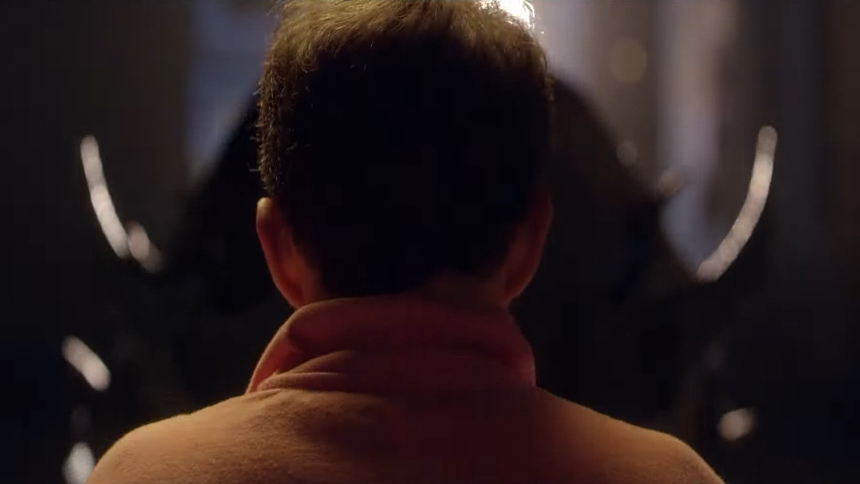 It is, therefore, an ideal festival to play a crazy creature feature at, especially one which pays homage to several classics of the eighties and nineties. Bring on writer/director Pierce Berolzheimer's Crabs!, in which a sleepy fisherman's town gets attacked by a wave of irradiated flesh-eating horseshoe crabs. 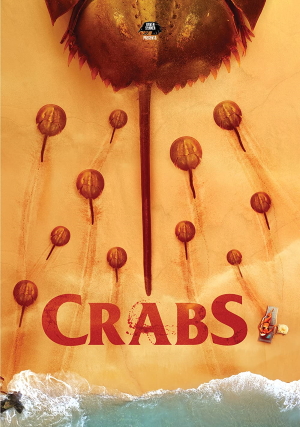 Well, that's basically all you need to know, correct? Right off the bat, you will know if this is your thing or not. Exposition is literally blasted at you in the first few seconds, and the first victims (a young couple expoitatively shown having loud naked sex on a secluded beach) are served up in minutes. Fair enough, this is what you want, this is what you get. But immediately afterwards, Crabs! settles into a far quieter rom-com mode, and we get introduced to a selection of people living in the sleepy fisherman's town. You know, the boring part of a film, where we wait for all hell to break loose. Except... the two central couples are so cute and charming, that this part of the film is honestly fun to watch.

Berolzheimer is obviously a fan of Gremlins and for much of the film's running time, he manages to create a pretty damn impressive homage to that title. The creatures are ridiculous but funny, while the people come across as more than the average genre fodder. Liking the potential victims makes you root for them and ramps up the suspense for the inevitable battle at the end... or so you'd think. But when the finale starts, Berolzheimer suddenly switches genres again, and out goes all suspense and most of the charm. It gets replaced by a different charm, for sure, but be prepared for the biggest rug-pull, genre-wise, since From Dusk Till Dawn suddenly turned out to be about vampires.

If you like this switch at the end you'll probably love this film, but I assume many will feel cast aside by it. B-films can be fun both when you laugh at them and when you laugh with them. But is that still true when you get the impression the film is laughing at you for liking it? When a homage turns too silly, does it become a condemnation? Crabs! walks a fine line here...

Speaking of walking fine lines, there is a character in there called Radu, a foreign student bereft of social skills, mastery of languages, a halfway normal voice and common sense. You might find him... grating.

But if you're up for some jolly fun, with gore and groans and gummy-looking monsters, there is no denying Crabs! does provide all that. And at 80 minutes the film does not outstay its welcome. I had fun with it, and so might you. Give or take a caveat or two...

Do you feel this content is inappropriate or infringes upon your rights? Click here to report it, or see our DMCA policy.
Pierce BerolzheimerJessica MorrisDylan Riley SnyderRobert CraigheadComedyHorror