Being Dutch, it pays to be a bit polyglot; nobody wants to speak our language, and as a nation of merchants, we adapted by learning to speak everyone else's. Give us enough money and we'll learn your language. English and German (and French, briefly) are chucked in for free by our Government while we're in school.

As a collector of films, this does allow me some leeway on where to hunt for Special Editions. The French had great anime releases way before the UK did, for example. And when the Germans get crazy they produce items of magnificence. With their censorship laws relaxed a bit as of late, many horror classics now get their first uncensored release over there, and the treatment these get sure is nice.

All of which didn't prepare me at all for the fantastic boxset which German distributor Turbine created for the Psycho franchise. Called the "Legacy Collection Deluxe Edition", it seems a pricey item until you realize there are no less than eight films in it, and an impressive amount of goodies, including a hardcover book.

When the package arrived at my home, I was shocked by its size, always a good sign. And I'm not kidding: we may have an early contender for "release of the year" here. And you don't need to be polyglot either: while the subs are in German (and all have a German dub available), all films are in English anyway. 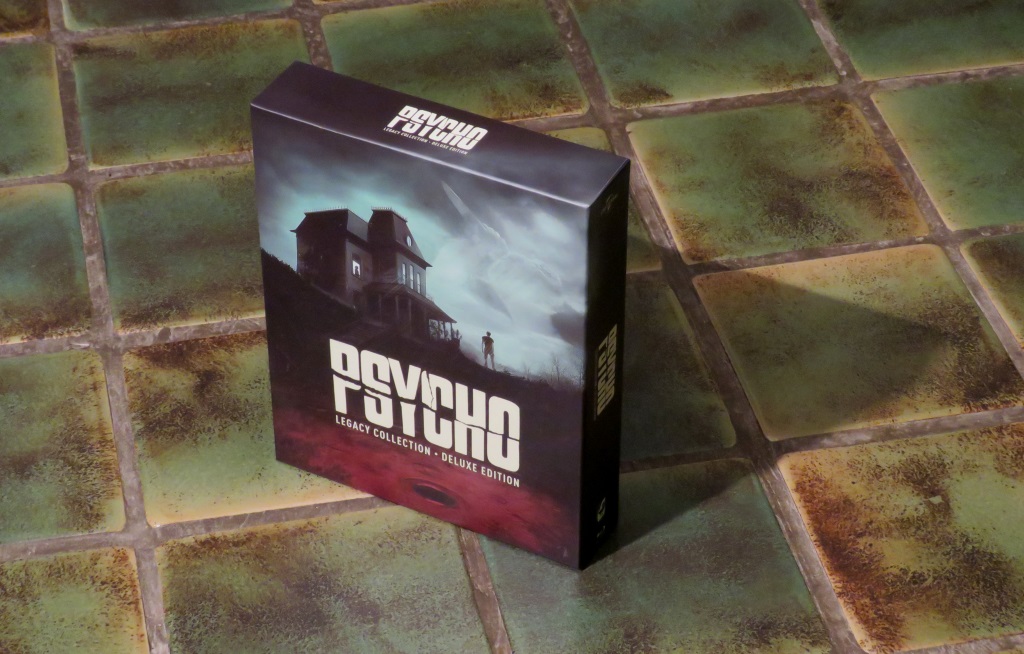 And here it is, a huge and heavy cardboard box. 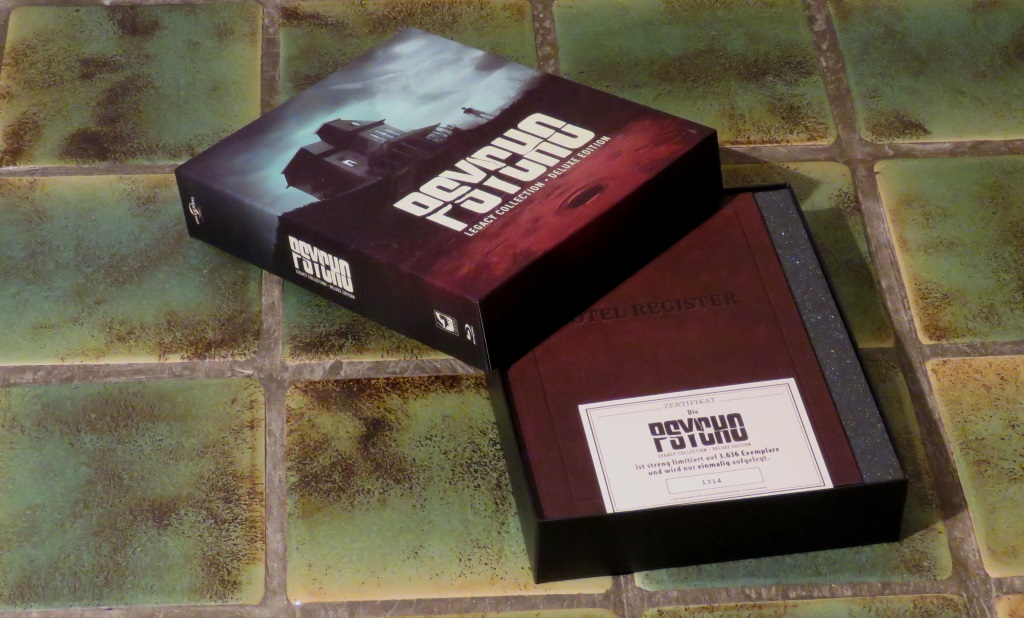 Taking off the lid reveals that it's not exactly filled with air. 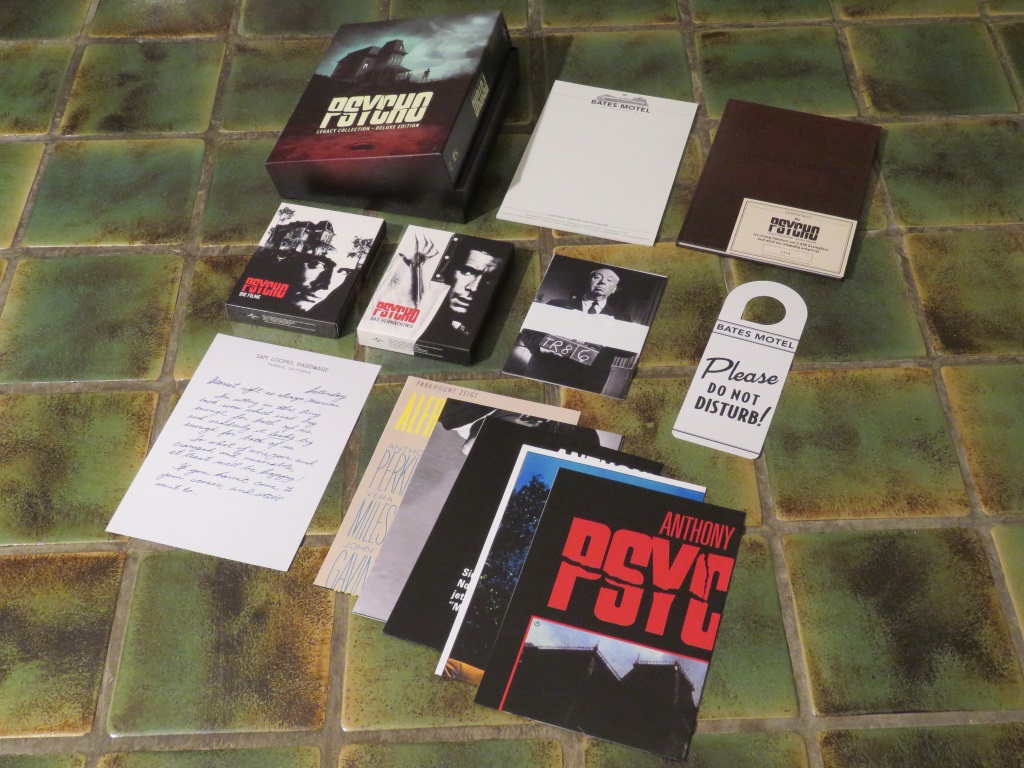 Removing the contents already had me moving some furniture, to be able to take this picture. There are two disc-holders in there, a book, posters for all films (and a double-sized poster of a publicity shot), and several goodies. 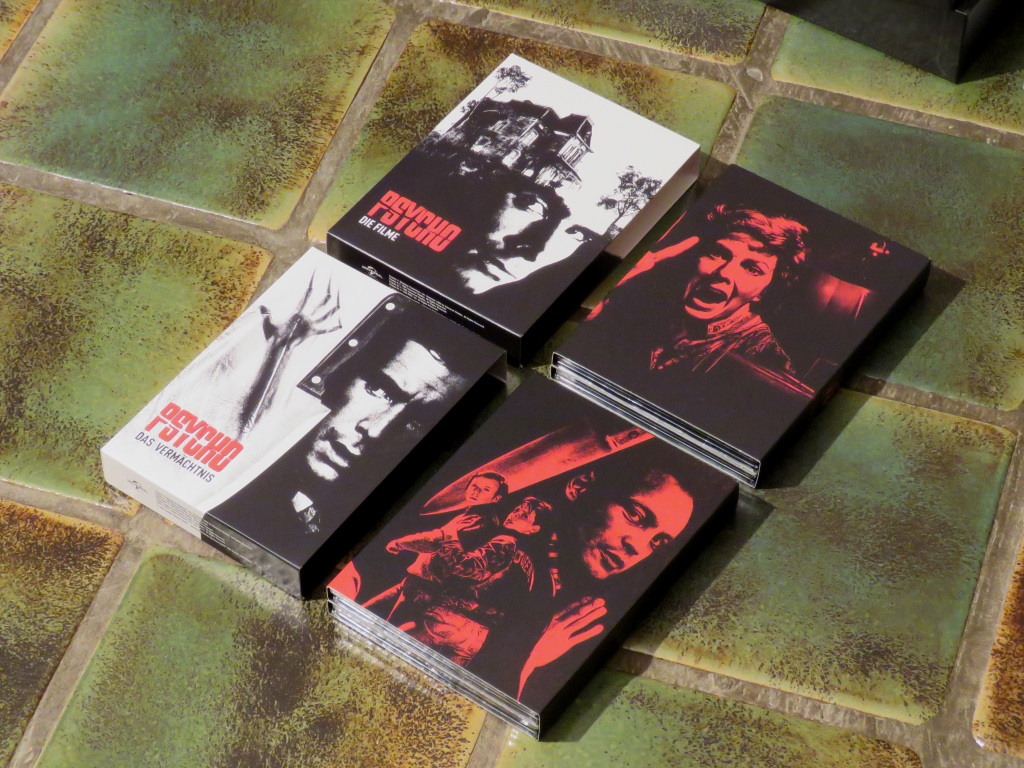 A closer look at the two disc-holders, each with their own slipcase. One holds the four main films, the other has the remake, the documentaries, and the TV-film. 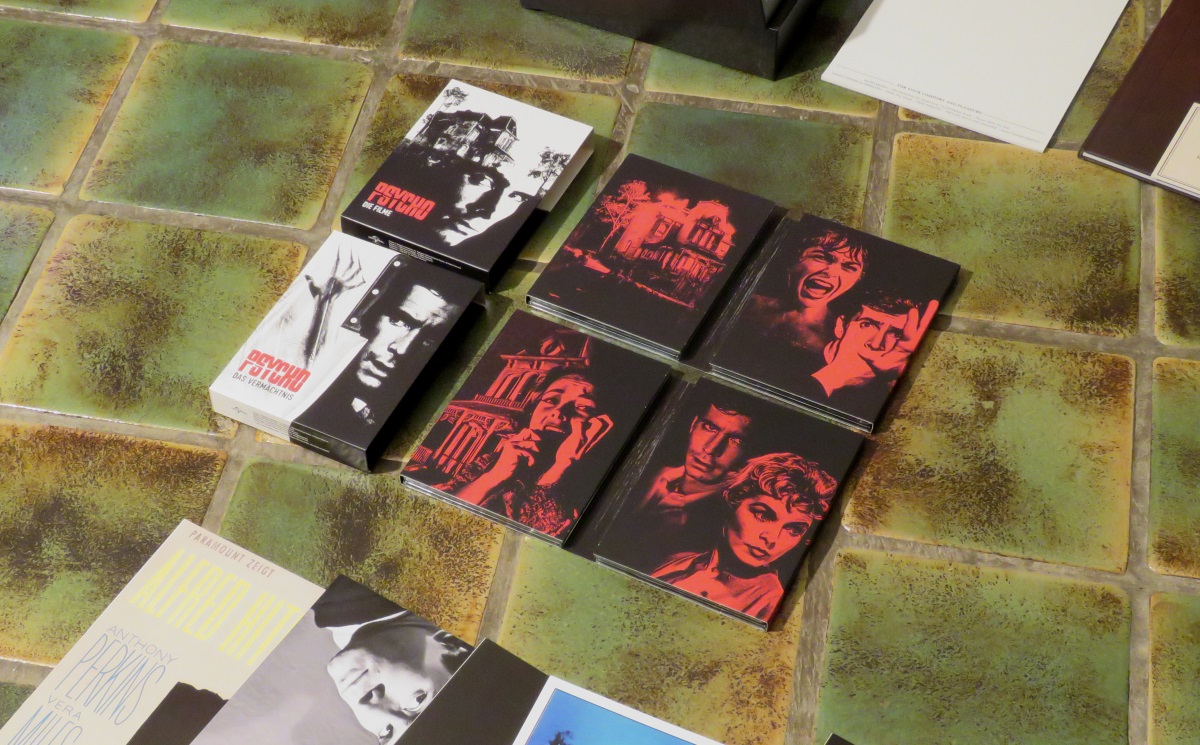 Nice artwork on these as they unfold... 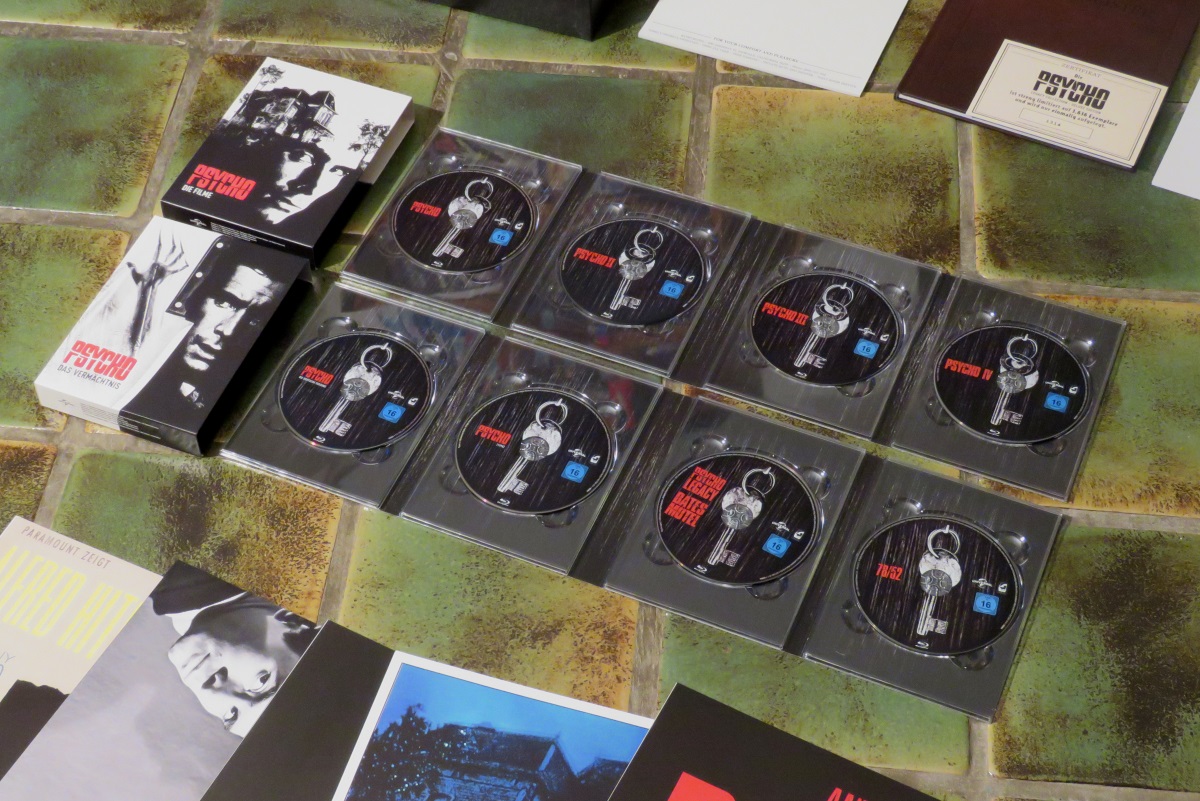 You get Psycho 1, 2, 3, 4, Gus van Sant's remake in two versions (it was partly censored upon release), the Bates Motel film, the Psycho Legacy documentary, and...

...as cherry on the cake, you get the absolutely fantastic documentary 78/52, about the shower scene. That is one hell of a cherry! 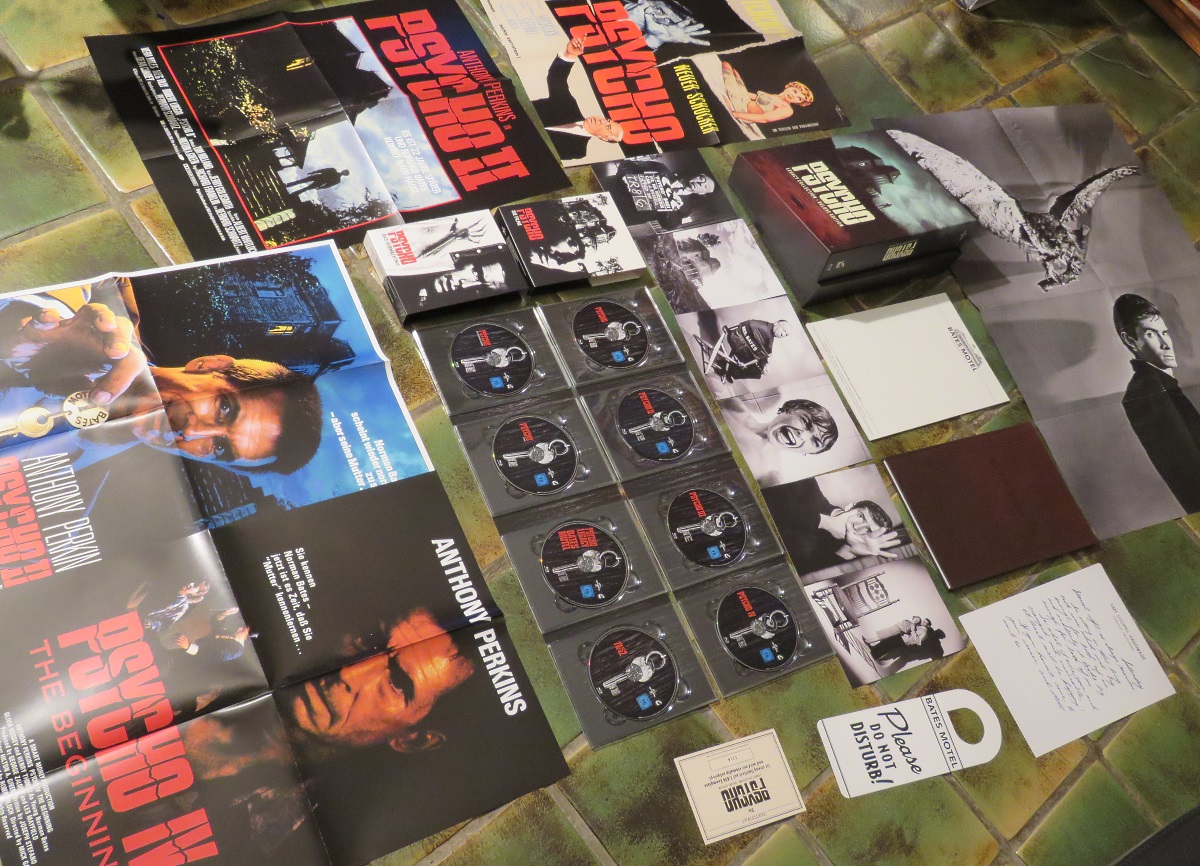 This is a big set, and with all posters unfolded, my living room is too small to fit it all in. 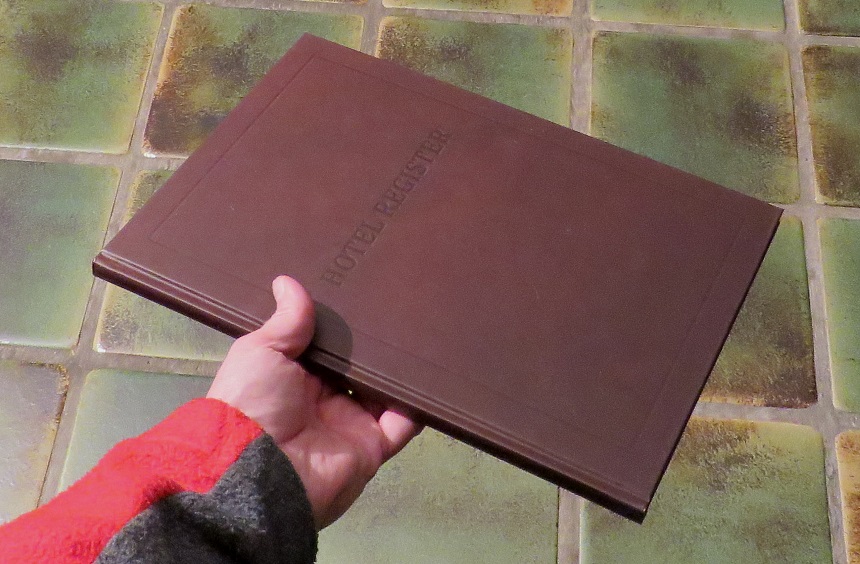 A closer look at the book: a hardcover of 120 pages. 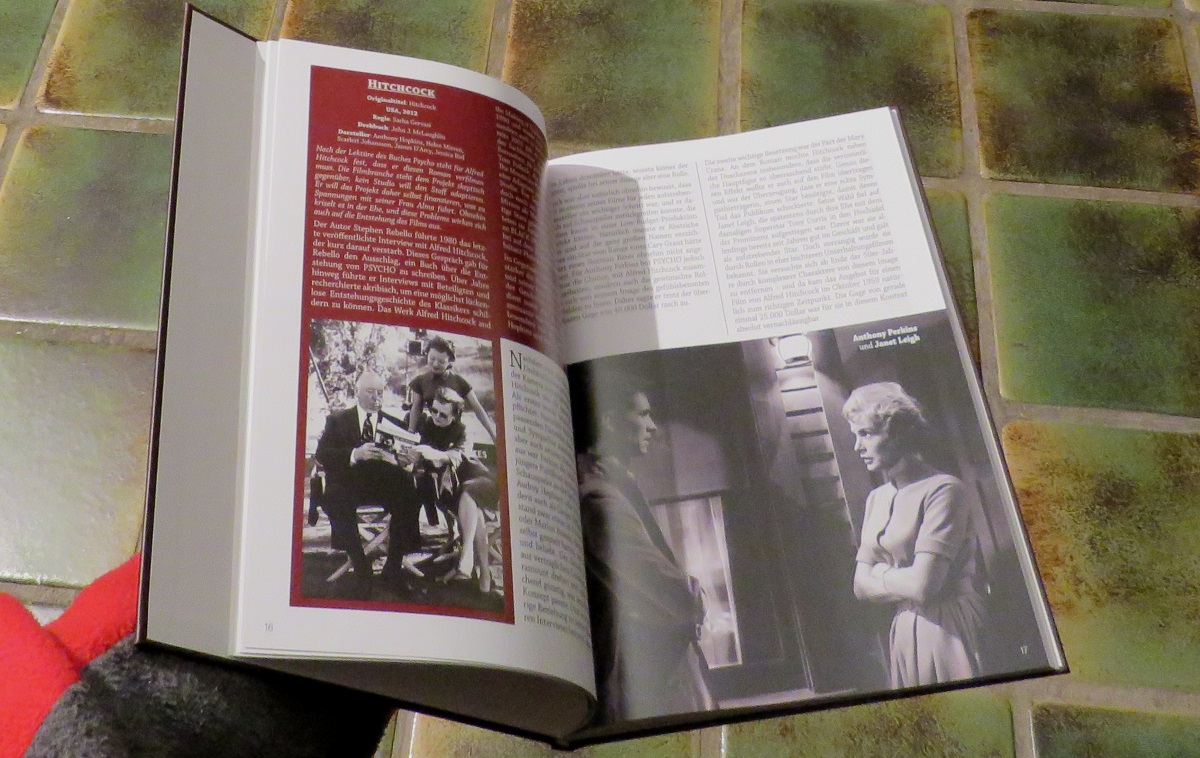 Its contents are fantastic, and cover all films and their impacts, but do know it is entirely in German. 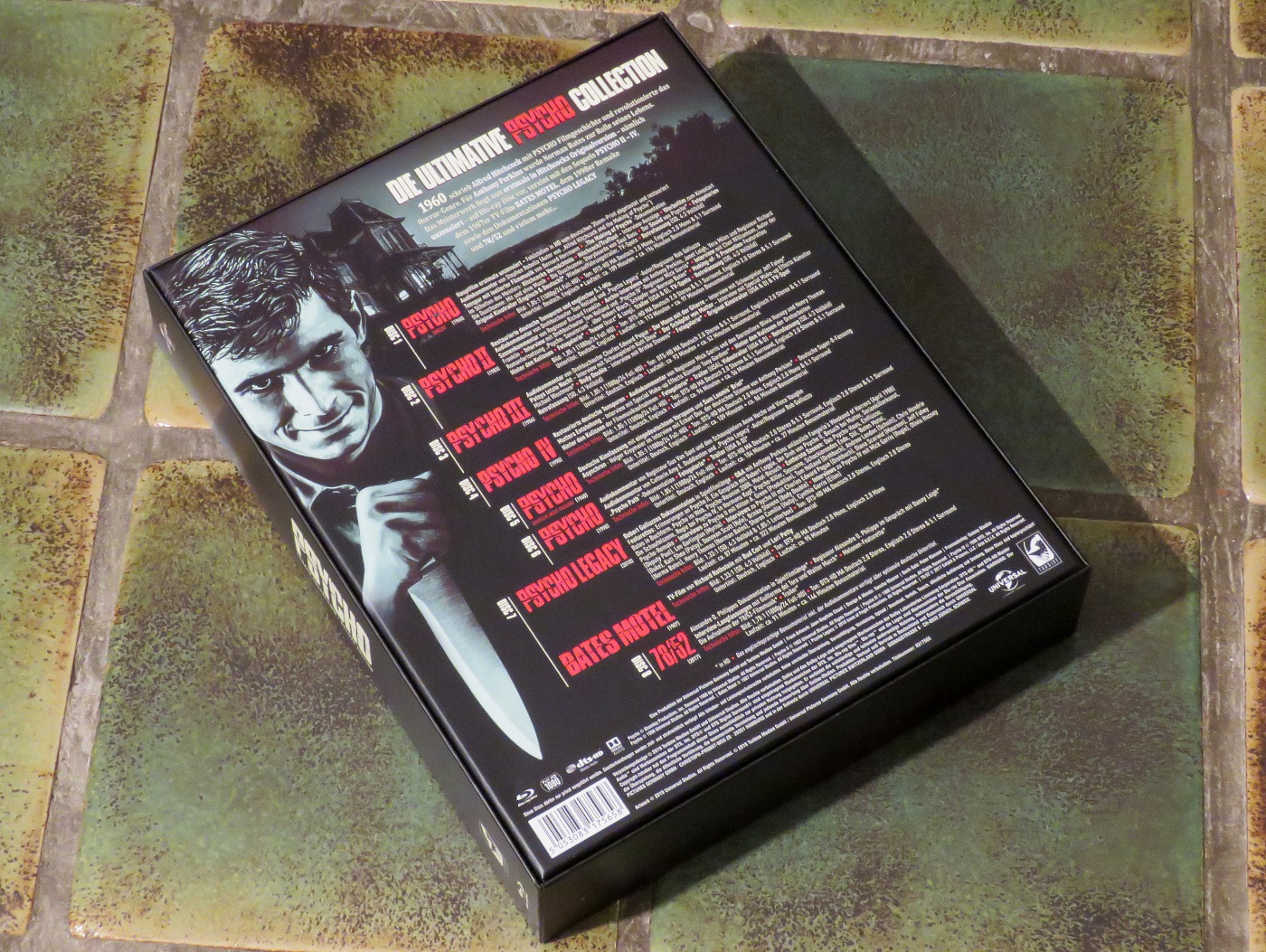 The (back)end of what is truly a phenomenal set.