Vancouver 2014 Review: THE GOLDEN ERA Hits All Of Its Marks 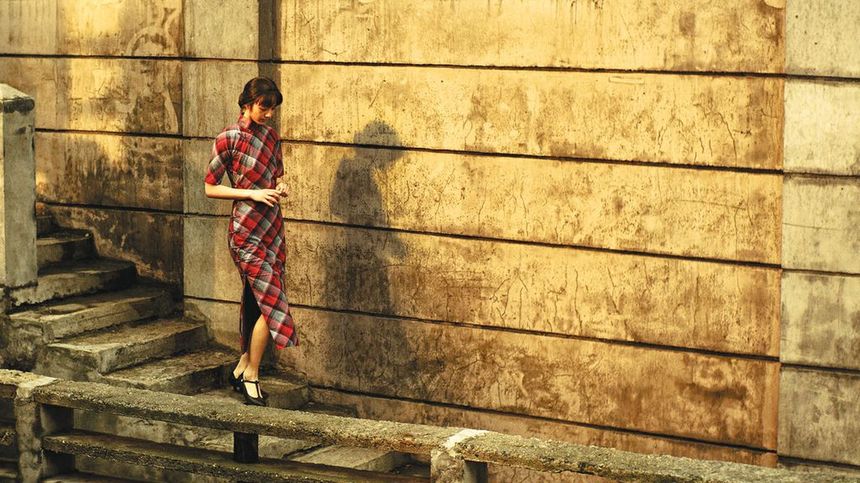 On an aesthetic level, the film is gorgeously realized by director Ann Hui, who checks off every successful period-epic-criteria box with aplomb. The performances, set design, score and costumes are all top-tier, making it no surprise that Hong Kong has submitted it as their Best Foreign Language film Oscar bid. I haven't yet seen Zhang Yimou's latest, Coming Home, but I certainly felt the magic of his '90s work alive and well in Hui's vision.

The downside of all that dazzle and sweep is that it can be distancing. The film opens with Xiao informing us, from beyond the grave, that she died at age 31. However, Hui quickly abandons her perspective from this point on, instead having her friends, family, and lovers narrate the remainder of her life. The characters speak to the camera, documentary-style, which is intercut with flashbacks from their vantage points. Hui has said, reasonably enough, that she employed this technique so that viewers could "evaluate" Xiao from multiple "view points." It works for that purpose, but renders the beginning inclusion of Xiao's declaration out of place and unnecessary.

The whole "different view points" idea plays out well, and yields some interesting results. I overheard an older lady speaking about the film, and she stated that Xiao simply "didn't seem very nice," while moments later she remarked that she "liked her first boyfriend." Now, Xiao Jun (another of China's most important modern writers, played by Feng Shaofeng) is charismatic as the aforementioned boyfriend, and their early romantic scenes are some of the film's most moving -- but it should be noted that he gives Xiao a black eye and leaves her for the burgeoning Communist Army. It says something sobering about both the way women (writers and otherwise) were perceived in this ironically named golden era, and for the current landscape for female voices, that she apparently isn't likable, while her immature, abusive lover is.

Tang Wei is fantastic in a palpable, subtle turn as Xiao, who is in many ways the polar opposite of her Lust, Caution character. In Ang Lee's erotic thriller, she played a woman so devoted to her political beliefs that she would risk her life to make a difference. Xiao, on the other hand, repeatedly voices her desire for a "peaceful place to write," and tries to avoid the very real turmoil unfolding around her. This is, I think, the true tragedy of her story--that she languishes in the midst of something she so desperately wanted to escape, while her social circle (those who sought out the conflict and committed to dying for their cause) went on to reminisce, comfortably in old age, about what her brief life was like.

While it doesn't reach the heights of Hui's masterful A Simple Life (2011), The Golden Era still admirably manages to hit all of its marks in depicting the life of a brilliant woman who wanted something simple, but never found it.

Do you feel this content is inappropriate or infringes upon your rights? Click here to report it, or see our DMCA policy.
2014ann huigolden erahong kongtang weivancouverviffxiao hong

More about The Golden Era