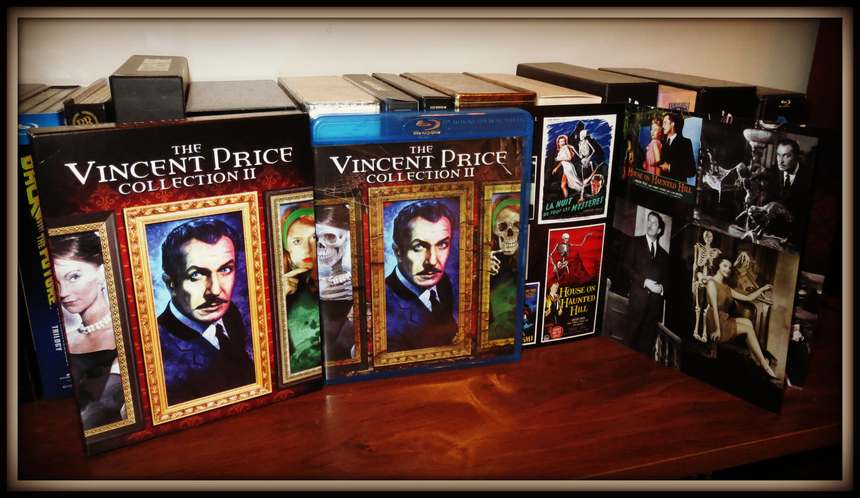 Happy Holidays from The Stack! I'm kicking off this year's massive holiday gift guide with a look at every single Scream Factory 2014 release. But do not worry I've got a ton of fun box sets and SE's to make the Blu-ray DVD lover in you squeal.

The nice thing about Scream Factory releases is that they make great little stockin' stuffers. First up is Dolls (1987) directed by Stuart Gordon. It's a marvelous little fairy tale with gore shocker accents. Squirm (1976) directed by Jeff Lieberman finally hits blu-ray with a bait load of extras. Really exciting is the blu-ray release of the Vincent Price Collection II which contains beautiful transfers of seven Price classics; The Raven (1963), Return of the Fly (1959), House on Haunted Hill (1959), Dr. Phibes Rises Again (1972), Comedy of Terrors (1963), Tomb of Ligeia !964), and the Last Man on Earth (1964). Tons of extras on this set.

We're going to have more episodes of the holiday gift guide than ever before. Look for them every three to four days. And also check out our fabulous Criterion Christmas episodes for Meeting The Criterion.

More about The Stack