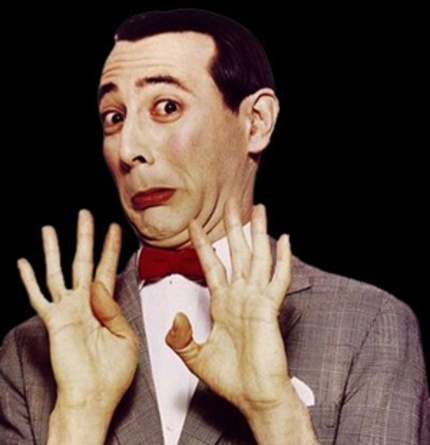 Are you ready to trade in Phil Hartman and Tim Burton for Paul Rust and Judd Apatow? Because that's what's happening.

Rust and Apatow, along with Paul Reubens, are developing a new big screen adventure for Reubens' signature character, Pee Wee Herman.Once one of the biggest figures in cult comedy, Reubens' fall from the peak - thanks to some unsavory details of his personal life being made public - was pretty epic but he's been making a slow and steady return largely by leaving his comic roots behind and taking on small character parts.

What do you think? Is the world ready for the return of Pee Wee? Or, more to the point, will anybody still care?
Tweet Post Submit

Do you feel this content is inappropriate or infringes upon your rights? Click here to report it, or see our DMCA policy.
Paul ReubensGeorge McGrathAlison MorkWilliam MarshallFamilyComedyMusical

Find all the details here