Hollywood Beat: I'M SO EXCITED and THE HEAT Are Box Office Winners, RAY DONOVAN And UNDER THE DOME Rule TV

Peter Martin
Managing Editor; Dallas, Texas (@peteramartin)
Tweet Post Submit
In this week's column: Light-hearted fare rules the box office, both on the indie and mainstream charts. And, on the small screen, a Hollywood fixer and small-town hysteria dominate the news. 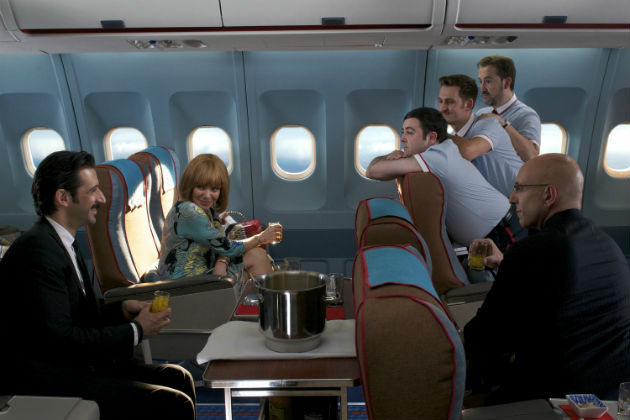 The latest offering from Pedro Almodóvar, I'm So Excited, topped the indie box office in the U.S. this weekend, averaging $20,600 on five screens, according to Indiewire. The report acknowleges, however, the relative weakness of that opening in comparison to other films by the Spanish maestro.

In the duel between two new wide releases, The Heat easily topped White House Down; the lower-budgeted female buddy-cop movie earned $40 million, soundly defeating the higher-budgeted male-skewing action movie, which made a relatively paltry $25.7 million, according to The Hollywood Reporter.

But both had to take their places behind Monsters University, which, in its second weekend, grossed $46.2 million. And audiences preferred zombies to presidents, goosing World War Z to another $30 million over the weekend. 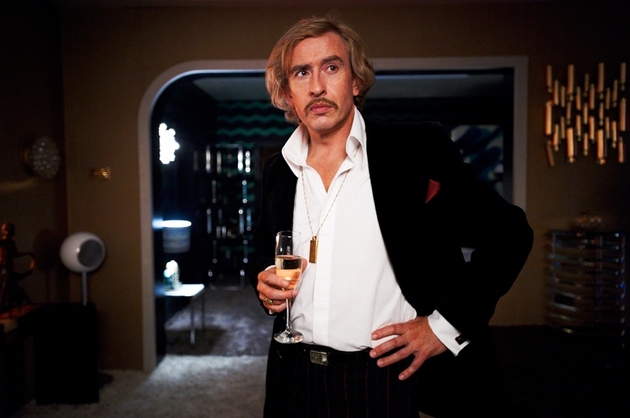 With the fourth of July falling on Thursday this year, both Disney and Universal have elected to open their wide releases on Wednesday. The Lone Ranger will go a little sooner, with evening screenings set for Tuesday evening, while Despicable Me 2 will enter the family marketplace not quite two weeks after Monsters University.

Among the indie films out this week, the presence of Steve Coogan in Michael Winterbottom's The Look of Love (above) stands out, as does The Way, Way Back, which will endeavor to capitalize on its Sundance buzz. In his review for Twitch, Chase Whale described it as "a perfect comedy." Our Festivals Editor, Ryland Aldrich, was slightly less enamored, but, referring to the writing/directing duo of Nat Faxon and Jim Rash, called it "an impressive first feature from a promising comedic team."

The first episode of the mini-series adaptation of Stephen King's massive 2009 novel Under the Dome debuted last week to an audience of more than 13 million, considered to be very strong numbers.

The premise -- a small town is cut off from the outside world by a huge transparent dome of unknown origin -- offers rich veins to mine, so it's exceedingly disappointing that the show appears intent on sticking to the most narrow, black-and-white perspective possible.

UNDER THE DOME S1 E1: Modest expectations smashed into smithereens. Horrid; formulaic to nth degree. Was the book this bad?

My question was answered in a review by the great Grady Hendrix: "This series will live or die based on its characters and how much we get wrapped up in their mysteries and so far CBS is pulling ahead of the book." (Grady also details the differences between the book and the TV show in his article, which, as always with Grady, is well worth the read.)

Budgeted in the neighborhood of $3.0 to $3.4 million per episode, the show features a spectacular bisecting of an unfortunate digital cow, an indelible image, but otherwise discourages a positive outlook for the remaining 12 episodes. Still, I'll stick with it for at least one more episode, and see whether it can develop its character palette any further.

Under the Dome, Episode 1, will be broadcast again tonight at 9:00 p.m. EST. New episodes will air on Mondays at 10:00 p.m. EST on CBS. The episodes will also be available for streaming for Amazon Prime customers four days after their broadcast debut (on Friday). 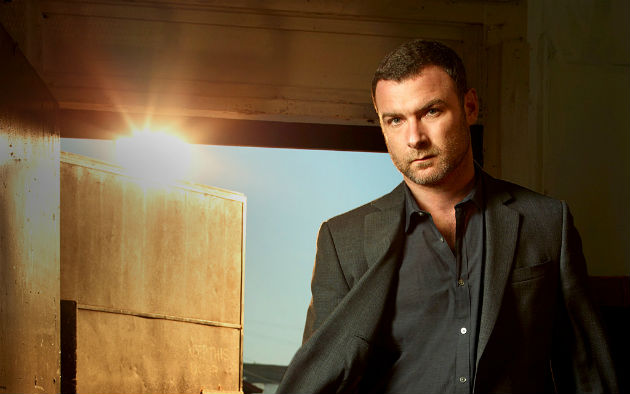 Liev Schreiber stars as the titular character, a mystery man from Massachusetts who has become a Hollywood "fixer," the "best in town," yet for some reason lives in Calabasas, an affluent area about 20 miles from Hollywood. Probably he lives there just so his wife (Paula Malcomson) can bitch about it; she's portrayed as a malcontent who whines about wanting to live in Beverly Hills.

Ray has bigger problems than his wife or two kids, though. His celebrity clients give him headaches, what with their dead bodies and sexual jealousies and preference for transgendered prostitutes. His most pressing concerns, however, revolve around his father and his brothers. Dad (Jon Voight) is paroled from prison in Massachusetts, promptly kills a priest, and then jets off to California. Brother #1 (Eddie Marsan), a former boxer, suffers from Parkinson's Disease; Brother #2 (Dash Mihok) is an alcoholic and drug addict who has fallen off the wagon once again.

All the Donovan men have been affected, to one degree or another, by priests who sexually abused children; which promises to give the show a different, possibly more devastating, vibe. Combined with the superb cast, which includes Steven Bauer, Katherine Moennig, and Elliott Gould, and the moody tone set by creator/writer Ann Biderman and director Allen Coulter in the first episode, Ray Donovan offers a lot of possibilities, though I hope succeeding episodes minimize the Hollywood / celebrity connection, which already feels tiresome.

An edited version of the first episode is available for U.S. viewers to watch via premium cable channel Showtime's website and also YouTube. New episodes of Ray Donovan will air on Showtime, Sunday at 10:00 p.m., following Dexter.

Do you feel this content is inappropriate or infringes upon your rights? Click here to report it, or see our DMCA policy.
Hollywood BeatLiev SchreiberShowtimeStephen King