Sundance 2013 First Impression: THE WAY, WAY BACK is Heavy on Laughs 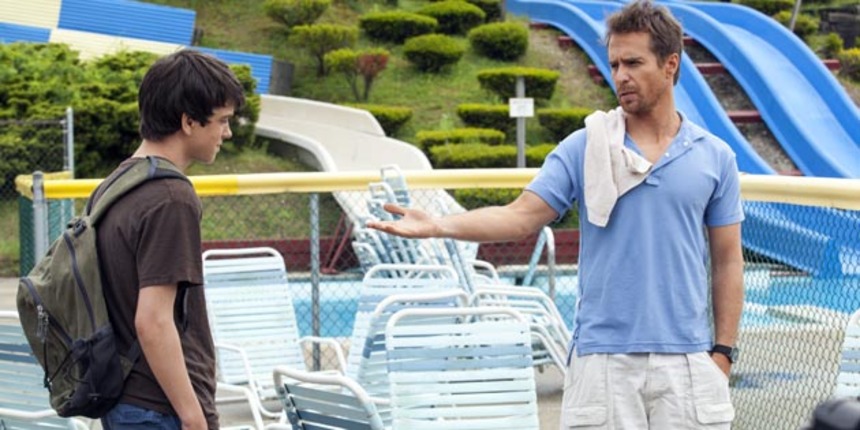 Nat Faxon and Jim Rash may not exactly be household names, but chances are you would recognize their faces from the myriad of comic roles they've played over the years. They made a splash on the filmmaker scene two years ago when they took home the Best Adapted Screenplay Oscar for Alexander Payne's The Descendants. There's nothing like winning an Oscar to get your career really moving and their next produced screenplay, The Way, Way Back sees the duo taking over the director's reigns as well. What results is a coming-of-age comedy that excels in the comedy realm and falls a little flat in the coming-of-age parts. Star Liam James just seems a bit too cool and too old to play an awkward 14-year-old kid and the hunched shoulders and squeaky voice aren't quite enough to sell it.

Still, there is a lot to like about the film, especially the comedic performances by Sam Rockwell and Allison Janney. Faxon and Rash's script, which had been popular in Hollywood for years, is tight and hilarious. Adventureland comparisons will be plentiful, but this is an impressive first feature from a promising comedic team.

The Way Way Back