Hollywood Beat: Joseph Kosinski Directing TWILIGHT ZONE; Why THE BUTLER is Cleaning Up 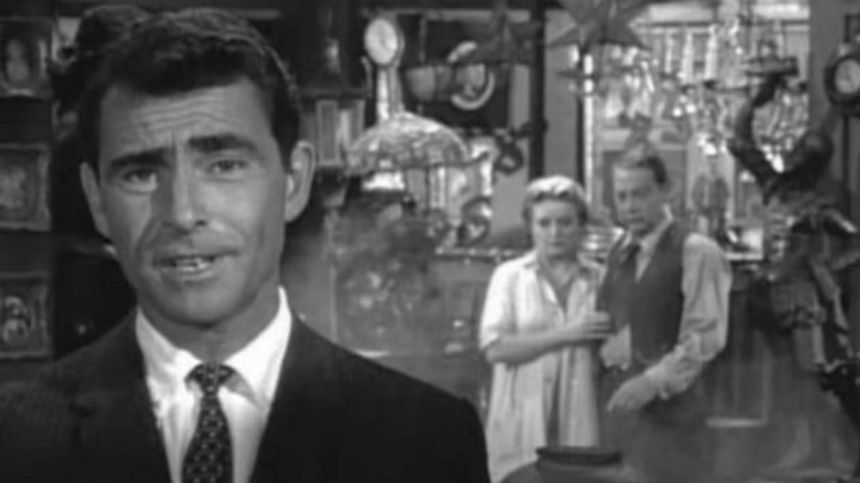 Knees will jerk at the news that Joseph Kosinski (Tron: Legacy, Oblivion) is directing The Twilight Zone, but is there any way this could be a good thing?

As a long-time fan of Rod Serling's TV series The Twilight Zone, my knee was one of those that jerked upon hearing that Joseph Kosinski is in negotiations to direct a new big-screen version, according to The Hollywood Reporter. This news comes after Matt Reeves (Cloverfield, Let Me In) dropped out; Reeves signed up based on a script that followed one story, rather than the anthology approach taken for the 1982 screen version, which featured four segments, two quite good (Joe Dante, George Miller), and two quite bad (John Landis, Steven Spielberg).

My friend Peter Hall suggests at Movies.com that Kosinski could be a good choice, pointing out that he can "produce next-level visuals" and "if Kosinski is at his best in short bursts, he might truly excel at a film that's designed to be segmented. Unfortunately, we don't have any confirmation that this new film, produced by Leonardo DiCaprio's company, is going that route for sure." All we know right now is that the project "is now being redeveloped for Kosinski," as stated by THR. "Plot details are being kept under wraps."

"Redeveloped" is Hollywood-speak that often means 'the director has his own ideas and they still need to hash it out,' suggesting that another writer (or two or three) will need to be hired. Kosinski is indeed gifted in his creation of otherwordly visuals, but there's no indication in his short career so far that he has any particular aptitude for developing compelling storylines or eliciting above-average performances.

Of course, that's what made the original TV series so great: come for the memorable plot twists at the end, but watch it over and over again for the agile storytelling by excellent short-form writers (Serling himself, plus Richard Matheson, Charles Beaumont, George Clayton Johnson, Earl Hamner Jr., and others). Assuming Kosinski is hired, it's another indication that modern Hollywood has no idea why certain TV shows and movies became enduring touchstones for pop culture. And that they have no freakin' clue about The Twilight Zone at all, beyond the simple equation that it's sci-fi, and sci-fi equals rocket ships, blasters, and cool visuals. 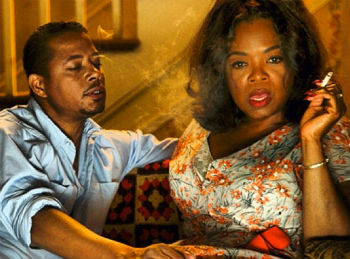 In Hollywood, $25 million is normally viewed as a pittance, but not when it represents the #1 position at the box office for an independently-produced film. Lee Daniels' The Butler, reportedly budgeted at $30 million, opened in 2,933 theaters and grossed an estimated $25,010,000 this weekend, according to Indiewire. The audience was "60% female with 88% of the audience aged 25-years and older. It was also 39% African American," per Movie City News.

Why did the film do so well? "The Butler's success can first-and-foremost be attributed to strong scheduling," claims Box Office Mojo. "August has historically been a great time to release movies like this: after a season filled with CGI spectacle geared at young males, there's a ton of pent-up demand among older women." Also, "Oprah Winfrey's relentless publicity tour helped raise awareness among the movie's key demographic."

Or was it black churches that can claim credit? Note this article that appeared today in The Hollywood Reporter:

"While the biggest numbers came from the larger markets, proportionately the mid- and smaller-sized towns over-indexed, which can be attributable to some extent to the outreach that we did to the faith-based groups," says Erik Lomis, president of distribution for TWC.

Erik Lomis, president of theatrical distribution and home entertainment for Weinstein Co (TWC), told Los Angeles Times reporter Amy Kaufman: "Oprah Winfrey is a huge factor as to why this movie was so popular. People really want to see her, and she worked very hard on it." Exit polls indicated that Winfrey was the #2 reason that moviegoers chose to see The Butler, topped only by the subject matter.

I wonder if any of these analysts have had the chance to see the film yet? At the advance screening I attended, it played extremely well; it's being sold as "inspirational," but it's also earthy in its unexpectedly ribald humor, which makes the message go down easier. Its well-timed use of TV footage of well-known moments to buttress fictional recreations deepens the resonance.

In his review, our critic Eric D. Snider pointed out: "We see a series of events that really happened (more or less), but seeing them is all we do. We don't feel them, or get a sense of how they personally relate to our main character, even though we know they do." I agree. But I think that moviegoers, especially African-American moviegoers who so rarely see anything approaching their own experience on the big screen, will fill in the blanks. Older audiences don't need to see how the Civil Rights Movement affected the main character; they already know -- and in most cases, personally experienced -- the daily indignities and injustices and outrages and outright attacks.

Will that translate to younger audiences? Will Caucasian audiences respond in big numbers, when there is no helpful white person on screen to encourage the black people to liberate themselves, as in 2011's The Help? (My reservations about that film expressed here.)

Meanwhile, lacking both compelling subject matter and Oprah Winfrey, Kick-Ass 2 (also reviewed by Mr. Snider) finished a disappointing #2, earning $13.6 million. Jobs (reviewed by yours truly) struggled to $6.7 million, and Paranoia, which did not screen in advance for critics outside the major media markets of New York, Los Angeles, and Toronto, failed miserably, taking in $3.5 million, an amount that is truly a pittance and may not even have paid for Harrison Ford's haircut in the movie.

Hollywood Beat is a column on the film industry.

More about The Twilight Zone