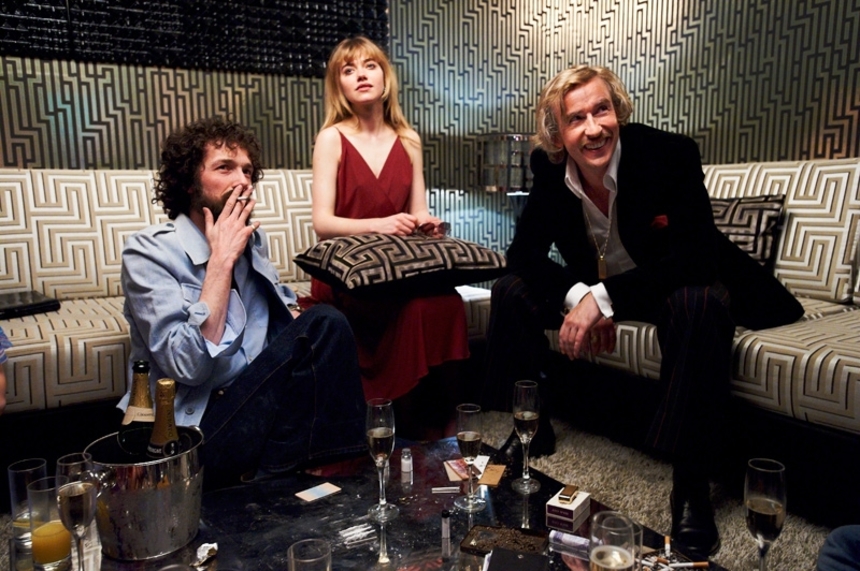 We do love us some Steve Coogan 'round these parts. And when he teams up with director Michael Winterbottom... well we're all the better for it. Past evidence on that front including the deranged 24 Hour Party People and the hilariously melancholic The Trip. Their latest collaboration The Look Of Love is a biopic about British businessman Paul Raymond who built an erotic empire within a culturally uptight one. Coogan stars as our intrepid fellow, owner of the notoriously naughty Raymond Revue Bar and Men Only Magazine. The film charts his rise to fame and controversy, with the UK trailer highlighting family strife, namely the unusual relationship with his daughter played Imogen Poots. While said trailer isn't anything to scream about it's always a pleasure to see Coogan's smug smile and weaselly eyes light up the screen, and this time he gets decades of material to chew on.

Opening April 26th in the UK, the film also stars Anna Friel, Tamsin Egerton, Stephen Fry and David Walliams. IFC has the the US distribution rights so expect some kind of release stateside later this year. For the moment, check out the trailer below.

Do you feel this content is inappropriate or infringes upon your rights? Click here to report it, or see our DMCA policy.
michael winterbottompaul raymondsteve cooganthe look of love