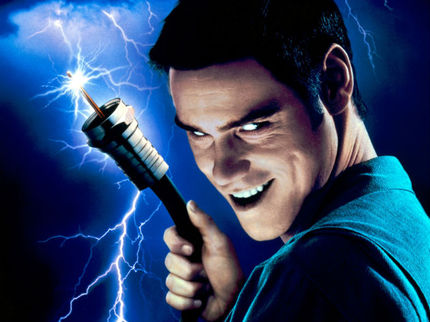 I cut the cable cord last year, but I'm not always happy about it.

I had to wait a year before seeing Season 2 of Game of Thrones, for example, and will have to wait to see Season 3 until next year. I only have to wait to see Mad Men or Breaking Bad until the day after the episodes air, but then I have to buy the individual episodes via a Video On Demand service.

Other than my own impatience, though, and frequent irritation with social media over spoilers, I'm very happy to remain within my limited budget and not feel completely deprived of the television experience. Even with poor over-the-air broadcast reception, I can keep up with a decent number of programs, either watching them live when I'm home or via the Hulu Plus streaming service, which features a good number of shows that air on Fox, NBC and ABC. As it happens, I get good television reception of the local CBS and The CW affiliates, so I watch those few program on those networks that I like -- 60 Minutes and The Good Wife on CBS, Beauty and the Beast on The CW -- live as they're airing.

And what I've found is that I watch even less TV than I did in the past. When I had cable, I was always tempted to graze through the channels, inevitably finding something that caught my eye and wasting a fair amount of time just flipping through the hundreds of options available. Or, I might leave one of the cable news networks on in the background while I worked. Nowadays, when I watch TV, it's with a purpose: either to sample a new show or keep up with a favorite.

As a byproduct of watching more shows via Hulu Plus, I've become less aware of the nightly schedule, and even which network broadcasts which show. So I was a bit surprised that most of the shows I've been watching have originated with one network: NBC. 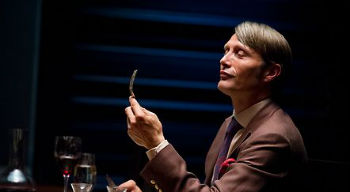 Still, I was disappointed to learn that NBC's Hannibal has been left in limbo. As our own Andrew Mack has detailed in his reviews, the series has become more compelling as it finds its own feet -- and as Mads Mikkelsen put his own stamp on the iconic character of Hannibal Lecter. But that hasn't translated into the kind of ratings that NBC wants or needs, so the series has been put on the back burner; it's not officially cancelled, which means it could return, potentially, as a mid-season replacement.

Community, whose creative woes have been chronicled by ScreenAnarchy's Ben Umstead this season, is, will return at mid-season for 13 episodes, but whether that's a good thing in its current incarnation is highly debatable. I found myself watching more out of a sense of obligation than enjoyment; it wasn't quite "hate watching," but it approached that sense of dread as the season wore on. The better alternative on Thursday night is Parks and Recreation, which remains fresh and funny and features a similarly talented group of performers. It's not a show that I'd want to analyze too closely, but the chemistry between the characters feels real. As a bonus, there's a minimum of mean-spirited behavior, which has increasingly soured me on other highly-touted comedies.

I've also grown to enjoy Grimm, and it will be returning for a third season this fall. Its procedural, 'monster of the week' nature can become predictable, but the (so far) endless supply of mythical creatures who visit Portland, Oregon, as well as the developing depth of its characters and strong and bloody action beats are all ticking like clockwork. It will be teamed on Friday nights with a new version of Dracula, starring Jonathan Rhys Meyers, who can be a persuasive performer, but its continued existence will depend on whether it can possibly provide any new angles on the story.

My viewing options may have been compromised to an extent by cutting the cable cord, but I am reminded of Theodore Sturgeon's adage: "Ninety percent of everything is crap." I'm just watching less of it.

Hollywood Beat is a column on the film and TV industry by ScreenAnarchy's Managing Editor Peter Martin.