Friday One Sheet: INSIDE

I love a good teaser poster, and these three pieces of key art for Vasilis Katsoupis' debut feature deliver a satisfying tease. The film, Inside, is a one man, one room heist film starring Willem Dafoe, who slowly goes crazy after he is locked in an upscale penthouse full of expensive art.

The posters were designed by Arsonal, who typically traffick in prestige TV work (Black Sails, Shameless, Penny Dreadful) but occasionally do excellent feature film work; see their one sheets for Tully, or Thoroughbreds.

The teasers here, each feature an object with the films title embedded. Note the excess type elements which fade into the posters creamy background offer a trapped/escape motif. I think it is safe to guess that these objects (like the animal posters from early Robert Eggers' pictures) factor heavily into the plotting of the film. The teaser trailer, embedded below, confirms the pigeon.

The dual bookending tag-lines, "This is not Willem Dafoe" and "A solitary exhibition," offered (along with the films 2023 release date) in a type-setting resembling fussy penmanship, sets the one room, one actor stage of the film. It also serves a unique way to put the star's name at the top of the poster. A chunky credit block fills some of the negative space at the bottom, distinguishing the artwork as a film poster, and not a Malcom Gladwell nonfiction book.

Personally, I like the green and orange combination, which suggests a nourishment and decay angle. But really, all of these hit the spot. 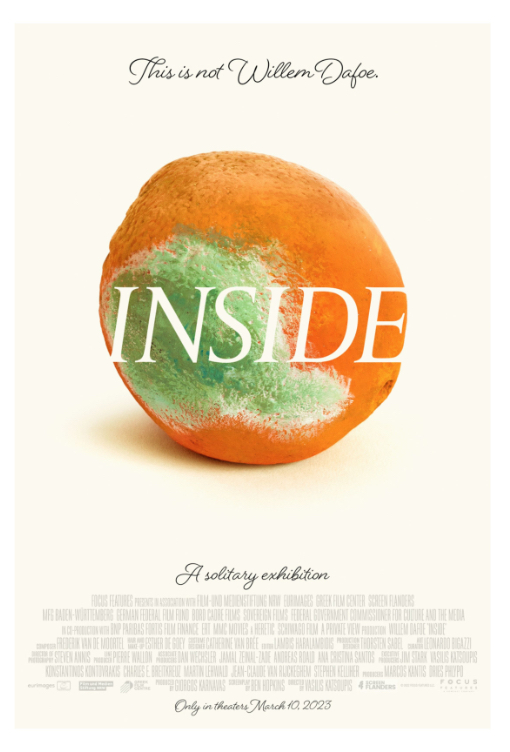 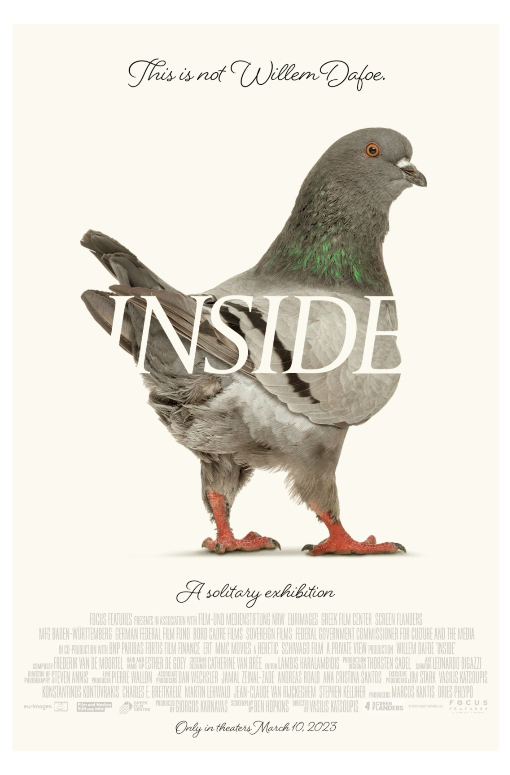 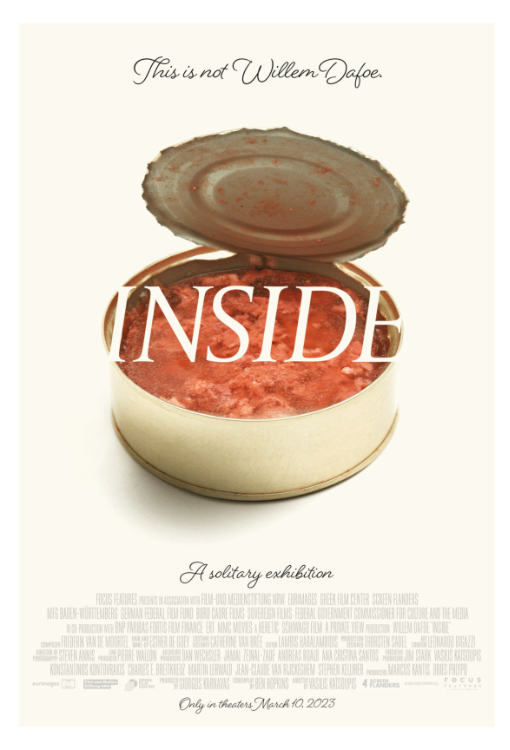 Do you feel this content is inappropriate or infringes upon your rights? Click here to report it, or see our DMCA policy.
dramaFocus FeaturesheistInsideKey ArtPosterpsychological comedyTeaserThiefTrailerVasilis KatsoupisWillem Dafoe