It might not be able to happen this year, but the venerated Palm Springs Film Festival is still making a celebration by honouring those in the film industry who have made outstanding contributions to the field. It's a little part of the joy we all need right now, remembering and giving thanks to those who, through their art, has made this tumultuous time bearable, through laughter, tears, and a lot of deep thinking. 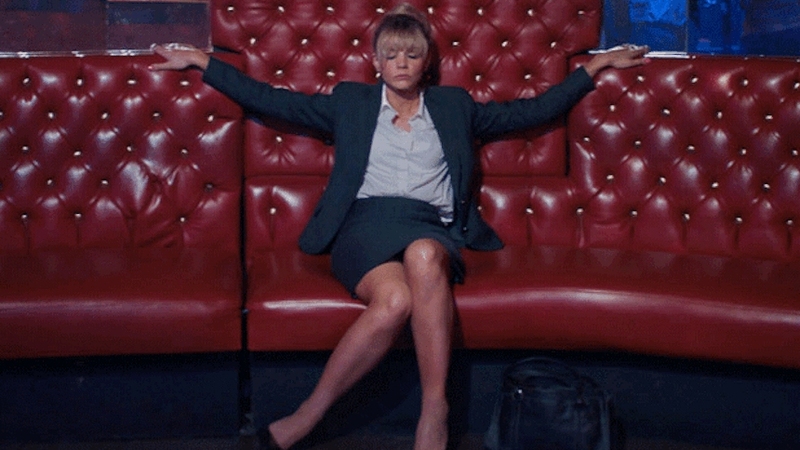 Carey Mulligan is the recipient of the International Star Award (Actress), for her incredible performance in Promising Young Woman. "In [this film] , Carey Mulligan boldly portrays Cassandra Thomas, a young woman, who risks her life to avenge the death of her best friend. This is a thrilling black comedy that tells an entertaining story of female power,” said Festival Chairman Harold Matzner. As many of us are still anticipating seeing Judas and the Black Messiah, the festival is honouring the performance of lead actor Daniel Kaluuya with the International Star Award (Actor), as assassinated Black Panther leader Chairman Fred Hampton.

Another performance award has been given to Gary Oldman. Matzner notes, "Gary Oldman gives another mesmerizing performance as Herman J. Mankiewicz in David Fincher’s Mank. Oldman plays the role to perfection as the films follows the screenwriter’s journey while is co-writing the script for Citizen Kane. We are delighted to recognize one of this generation’s greatest actors, Gary Oldman with this year’s Chairman’s Award.”

Adding to her deserving accolades this year is director Chloé Zhao, the first woman to be awarded Director of the Year, for her film Nomadland "that captures the triumph of the human spirit. This extremely unique and well done film captures the grand landscapes of the American West as it follows Fern, played by Frances McDormand, who hits the road in her camper van moving from one real encampment of present day nomads to another. Nomadland is one of the most accomplished films of the year."

“Riz Ahmed delivers one of the most complex and moving on-screen performances of the year. In Sound of Metal, the film tells the emotional journey of Ruben, a musician who learns he is losing his hearing and must deal with this new reality,” said Matzner. “For this realistic and outstanding portrayal, we are honored to present the Desert Palm Achievement Award, Actor to Riz Ahmed.” I could not agree more; if you haven't seen this film yet, do so at the first opportunity.

Aaron Sorkin's The Trial of the Chicago 7 has been given the Vanguard Award, as "a thrilling court-room drama that chronicles the highlights of the historic trial that sought to punish activists for inciting riots outside of the 1968 Democratic National Convention.  Writer and director Aaron Sorkin has created a thought-provoking film featuring outstanding performances from a powerhouse cast that includes Yahya Abdul-Mateen II, Sacha Baron Cohen, Joseph Gordon-Levitt, Michael Keaton, Frank Langella, Eddie Redmayne, Mark Rylance, Jeremy Strong and more."

Another great performance from the recent releases is Leslie Odom Jr., with the Spotlight Award (Actor) for his performance in One Night in Miami, and Palm Springs noticed: "Leslie Odom, Jr. is a truly talented performer. In his latest project, Odom Jr. brilliantly portrays singer Sam Cooke with charisma and tenacity, as he joins iconic figures Malcolm X, Cassius Clay, and Jim Brown in this fictionalized account that is based on their actual meeting," said Matzner.

The Spotlight Award (Actress) goes to Youn Yuh-jung, for her incredible performance in Minari. For those who have long loved her work in films from her natve South Korea, it's wonderful to see how she's been embraced by more people. As Matzner notes, "Hers is a performance that crosses culture and language, one that fully reveals the skills of her long, brilliant career."

"Anthony Hopkins is one of the greatest and most respected actors of his generation, who has brought to the screen so many memorable performances from The Silence of the Lambs, The Remains of the Day, The Two Popes, Westworld and so many more. In The Father, Hopkins gives an outstanding emotional performance, his best in years, as an 80-year-old father whose grip on reality is unravelling,” said Matzner. “It is our honor to present the Career Achievement Award to the legendary Anthony Hopkins." We certainly can't argue with that! Also Hopkins' twitter feed is well worth following.

Andra Day wowed audiences with her portrayal of the great singer in The United States vs. Billie Holiday, and she will be the recipient of the Breakthrough Performance Award. “Few jazz vocalists are more beloved than Billie Holiday, and Andra Day brings Holiday and her iconic voice back to life through a sympathetic and nuanced portrayal that sheds new light on the U.S. government’s role in seeking to muzzle a homegrown legend.”

Viola Davis will be honoured with the Desert Palm Achievement Award for her performance as the great blues singer in Ma Rainey's Black Bottom. Davis has never give anything less than a stellar performance, and her work in this most recent film is a testament to her virtuosity as a performer. Another stellar performer, Glenn Close, has been given the Creative Impact in Acting Award, for her long and fruiful contribution to her craft.

And last but most certainly not least, Palm Springs Film Festival and Variety will be co-hosting a panel a virtual event with 10 directors to watch, along with an award honouring Steve McQueen with Creative Impact in Directing, on February 26th. The directors include Prano Bailey-Bond (Censor), Nia DaCosta (Candyman), Regina King (One Night in Miami), and Robin Wright (Land).

Congratulations to all the winners! Please visit the website below for more details.

Do you feel this content is inappropriate or infringes upon your rights? Click here to report it, or see our DMCA policy.
Andra DayAnthony HopkinsCarey MulliganChloé Zhao Palm Springs Film FestivalGary OldmanLeslie Odom Jr.Riz AhmedSteve McQueen