Carey Mulligan elevates her tormented character in a searing drama, written and directed by Emerald Fennell. 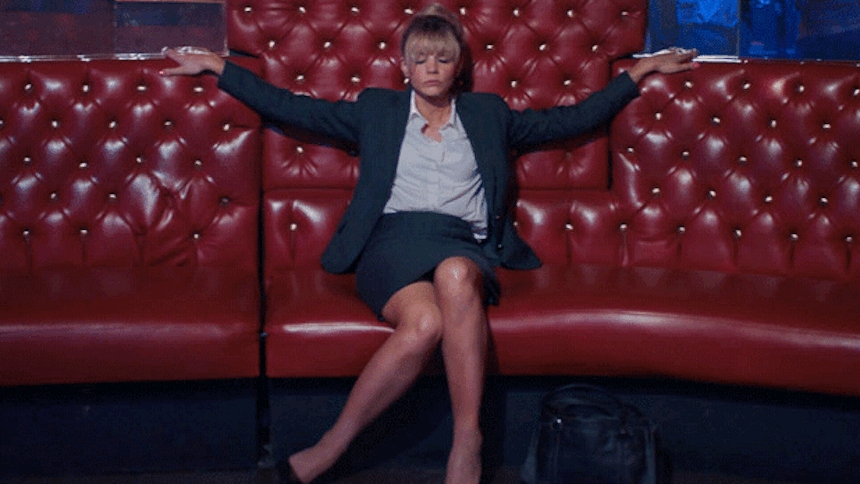 Ten years ago, An Education introduced worldwide audiences to a new, preternatural talent in British performer Carey Mulligan. Since then, Mulligan has rarely failed to disappoint, delivering awards-worthy performance after awards-worthy performance, from Never Let Me Go to Drive, from Shame to The Great Gatsby, from Far from the Madding Crowd to Mudbound and Wildlife.

Her latest lead role, Promising Young Woman, a collaboration with writer-director Emerald Fennell (Killing Eve), will do little to dissuade anyone, critic or moviegoer, who already considered Mulligan one of the best onscreen performers of her generation (or any other generation for that matter). A zeitgeist-inspired response to the #MeToo movement, Promising Young Woman delivers a scathingly bracing, broad critique of toxic masculinity in all its self- and other-destructive forms (e.g., bro-dudes, dude-bros, and faux-nice/good guys).

Initially, he offers to cover a ride-share to ensure she gets home safely. Almost immediately, however, he steers the driver to his nearby apartment, not hers. He sees an irresistible, consequence-free opportunity (date rape). She sees an irresistible opportunity too (to exact revenge for past and future crimes). Suddenly lifting the subterfuge surrounding her behavior, Cassandra springs into revenge-fueled action. Fennell makes the keen directorial choice to skip the moments after the reveal, showing only the aftermath of Cassandra's encounter with Jerry.

It's a decision Fennell repeats several times in Promising Young Woman, cagily ensuring that uncomplicated audience sympathy and empathy will remain with Cassandra as she works out deep-seated trauma on the bodies and minds of the men she encounters on her weekly sojourns into the bars and nightclubs of her city.

Everything changes -- or at least everything looks like it will change -- when a chance encounter between Cassandra and an old medical school acquaintance, Ryan (Bo Burnham), sends her spinning in an entirely different, positive direction. (Spoiler alert: It may or may not be a temporary reprieve from Cassandra's vengeance mission.) Ryan just might be the elusive, mythical "good guy" Cassandra doesn't believe exists in the real world.

At least superficially, Ryan always does and says the right thing, respecting Cassandra's emotional boundaries, talking less and listening well, and providing her with a much-needed judgment-free zone (she dropped out of medical school for deeply personal reasons). But their mutual past, initially the connection that binds them together, may also break them asunder before they can declare their mutual desire for sharing a domestic domicile. Once Cassandra decides to pursue the medical school students for the sexual assault of another classmate, however, a dark, deadly path opens up again for Cassandra, renewing a dormant desire to give voice to the voiceless, rebalancing the scales of justice in favor of victims and not victimizers in the process.

Fennell's experience as Killing Eve's head writer does her filmmaking debut more than a few favors. Until the final, 20-30 minutes when Promising Young Woman stumbles into wheel-spinning, momentum-killing mode, it stands out as the epitome of plotting intertwined with character, furthering plot and character simultaneously (it's far more difficult than it seems). In Cassandra, Fennell has created an indelible character, both victim and victimizer, both survivor and perpetrator, all wrapped up in razor-sharp dialogue, twisty plot turns (some slightly more predictable than others), and a bittersweet denouement that aligns perfectly with her thematic concerns while delivering the cathartic pleasures audiences crave from revenge-themed films.

It helps tremendously, of course, that Fennell found the virtual embodiment of her central character, Cassandra, in Mulligan. She elevates Cassandra from a simple polemical stand-in for the #MeToo movement defined by stock tics or overt mannerisms into a highly believable, three-dimensional character. It's a testament to Mulligan's talent and skills as a performer that we intimately identify with Cassandra's tortured, tormented inner life.

Do you feel this content is inappropriate or infringes upon your rights? Click here to report it, or see our DMCA policy.
Bo BurnhamCarey MulliganEmerald FennellUK