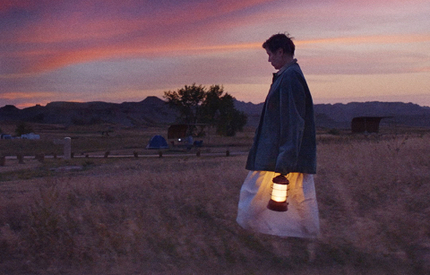 As likely many of you, this pandemic era has me rethinking my life, what my goals are, where I want to be a year, five, ten, twenty years from now. About what is possible for me to achieve, where I want to be living, who I want to be with. But one factor keeps coming up, again and again: how will I finance those dreams. In the late capitalist age, when all its horrifying ills, destruction of the environment, and destruction of lives individual and collective can no longer be denied, how can we set up society to allow people to live their lives as they want, while not allowing anyone to fall into desperate poverty?

The USA is a country built on constant expansion, on roads being laid out, on crossing great distances and conquering everything. What happens to those who want something different from what is held as the standard of American living (one job until retirement, stationary living, 2.4 children, etc)? What about places that only employ temporarily or seasonally? What about the lack of a living wage and affordable housing? What about those who want a different kind of life? We have the means to provide a basic standard of living to all, whichever way they chose to live it. What about those who are either choose a different kind of life, or in some cases are forced into it?

Based on the book by Jessica Bruder, Chloe Zhao's third feature Nomadland explores the ever-growing community of mostly older nomads who travel mainly the American west, live out vans and RVs, take temporary, low-paid, and usually physically demanding work. Starring Frances McDormand in a career-best performance (and I do not say that lightly), it's a deeply profound look at those who have found a way to surive at the edges of a society and economy that considers them disposable. It's both a love letter to that community, and a searing portrait of people abandoned by the economy which is built on their sacrifice.

Fern (McDormand) and her late husband worked for a large company, in a company town, until that company closed, and the whole town shut down. Forced to move, and left with nothing but herself, Fern literally builds a home inside a white cube van, and begins the nomad life, first working a Christmas job in an Amazon warehouse, then traveling up and down the West, taking other seasonal and temporary work as it comes. She makes friends with other nomads like Linda May, Swankie, and Bob Wells (all real-life nomads playing themselves), who teach her how to survive this life, and help each other over the bumps big and small.

As with her first features Songs My Brothers Taught Me and The Rider, Zhao aims her camera at those left behind or pushed aside by a society that will only use their labour without offering the care deserved. Whether these nomads choose this life, or are forced into it, is really irrelevant; some like the relative freedom it offers, for others it offers the only way they can survive. Working again with cinematographer Joshua James Richards, the camera looks with a natural and realistic eye, and a loving one. It doesn't shy away from the showing the tight edge on which these people live, where a flat tire could mean you don't eat for a while, or an accident means you can't pay for the gas necessary to get you to a warmer climate. But there is so much beauty in this life as well, the chance to see the forests, mountains, the oceans in their glory, and more importantly, to find friendship and connection through this shared hardship and joy.

Fern feels no shame in the work she does (as she shouldn't), whether it's cleaning toilets or grills, shovelling potatoes, or working at street markets. She takes pride in how she's fixed up her van, and managed to keep some sentimental items intact. As she learns from her friends - who have no qualms about being straightforward, and sometimes harsh, about what Ferns needs to do to survive - she figures out how the road is changing her, and her expectations. The American Dream promised to her was snatched away, and so she slowly builds her own dream, accepting the life handed to her, and finding that, maybe, she might prefer it this way.

David Strathairn (the only other professional actor in the film) comes in as a possible love interest for Fern, and a contrast. It seems he's been a drifter for a long time, but encouraged by his son, he seems to landed into a more stationary life. Fern visits him in this new existence, where she sleeps in a proper bed with a proper roof over her head for the first time in months. But she's changed too much now, and she knows that this existence is just as precarious as the one she's in, and maybe it's better to have wheels under your feet that you guide yourself.

McDormand matches Zhao's directing style with a naturalism in her acting, never overshadowing her fellow non-professional actors, and investing Fern with the depth and intelligence she deserves. We can understand who Fern was before, and watch how she grows into the life she has now, stripping away the pretenses as she finds joy in a difficult yet rewarding life, with a community she can count on, and that can count on her.

Deceptively complex, lyrical, and very necessary, Nomadland expresses the quiet strength of its characters, and the life they have chosen, or was forced on them. It lives in the margins with them, weaving these scenes together into a tale of lives of pain, friendship, hope, and endurance.

Review originally published during the Toronto International Film Festival in September 2020. The film opens today in U.S. theaters via Searchlight Pictures. It is also now streaming, only on Hulu.

Do you feel this content is inappropriate or infringes upon your rights? Click here to report it, or see our DMCA policy.
Chloe ZhaoFrances McDormandHuluSearchlight PicturesUS