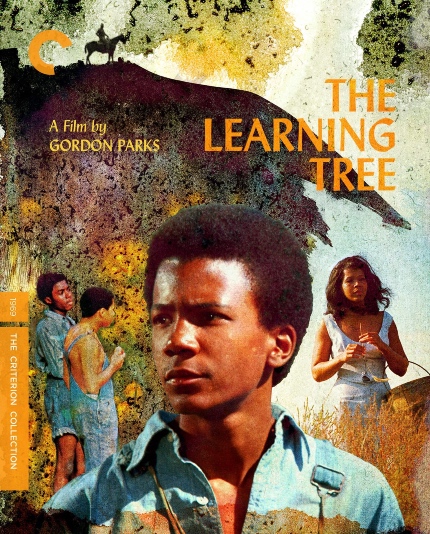 Four African-American icons spent a historic night together decades ago, and their meeting still has reverberations today, as depicted in Regina King's One Night in Miami, which is one of a trio of December 2021 releases announced by The Criterion Collection.

King's film is a fine, highly-charged drama, and it receives a special edition treatment from Criterion, featuring a slew of new extras. Our own Shelagh Rowan-Legg reviewed when it screened at the Toronto International Film Festival last year. She says that director King and her collaborators created "a story that is as joyous as it is intense, peeling back the layers of these complicated men as each are on the precipice of enormous change: personally, professionally, and in their political identity."

As I noted earlier this year: "Distinguished photo-journalist [Gordon] Parks began his screen career by adapting his own novel, The Learning Tree (1969), into an acclaimed directorial debut -- he was the first Black filmmaker to write, produce, and direct for a major Hollywood studio (Warner Bros.)" It's a wonderfully ambitious film that exceeded my expectations for a directorial debut. Criterion's release features, in their own words: "New 2K digital restoration, with uncompressed monaural soundtrack on the Blu-ray," a new documentary on the making of the film, a new conversation about Parks' influence, and archival material that sounds quite good.

In 1977, Elvis Costello sang "Oh, I used to be disgusted. And now I try to be amused. But since their wings have got rusted. You know, the angels wanna wear my red shoes." In 1948, Michael Powell and Emeric Pressburger made "cinema's quintessential backstage drama, as well as one of the most glorious Technicolor feasts ever concocted for the screen," as Criterion describes it. Now The Red Shoes can be yours, which may be the most perfect holiday gift item ever for cinema fans. Their new edition showcases a 4K digital transfer, so perhaps you'll be wanting to save up all your pennies and/or drop not-too-subtle hints to your more financially stable loved ones.

Details on all these releases may be perused at the official Criterion Collection site. See you there!

More about The Red Shoes