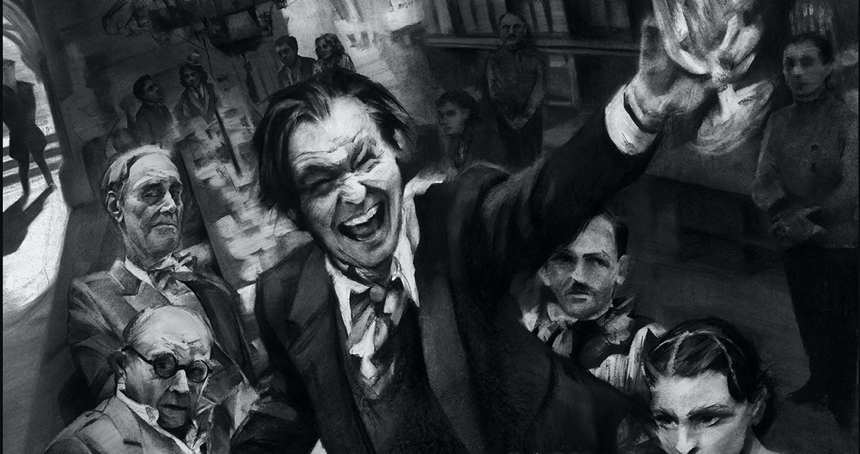 In our delight at the chiaroscuro and typeface, this column previously highlighted the 'fan art' poster for David Fincher's new film, Mank. But here, Netflix has released a joyfully bacchanal, hand-drawn official key art.

This poster gives you the man, Herman J. Mankiewicz, the poison, alcohol, and the ensemble of Hollywood characters that surround him as he struggles and fights with director Orson Welles to deliver the screenplay to RKO Pictures for Citizen Kane.

With its hand-brushed title, overlaid in the lower-middle-right, the poster bears vague resemblance to the era of movie marketing in the early 1940s, when the film is set. However, there is still a very much contemporary vibe to the layout here. It is also pretty difficult to ignore that this film is premiering on an internet streaming service. There is a dissonance, for better or worse, in holding two different aesthetics on top of each other simultaneously. 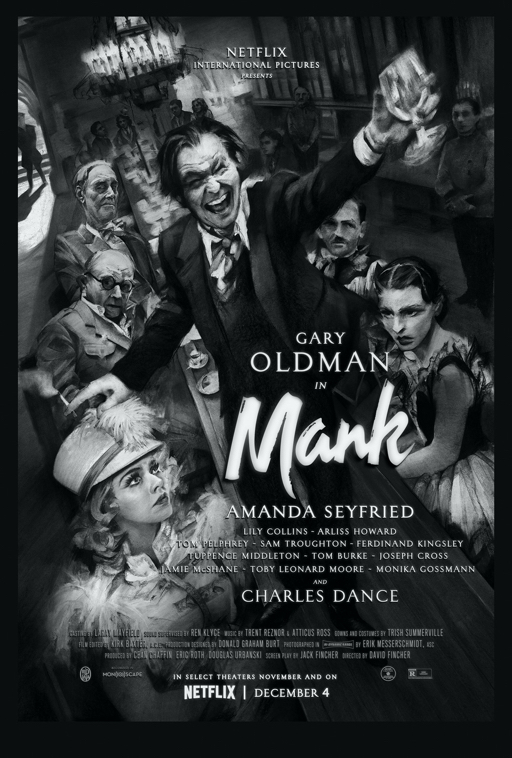 Do you feel this content is inappropriate or infringes upon your rights? Click here to report it, or see our DMCA policy.
David FincherFriday One SheetGary OldmanKey ArtMankNetflixPoster