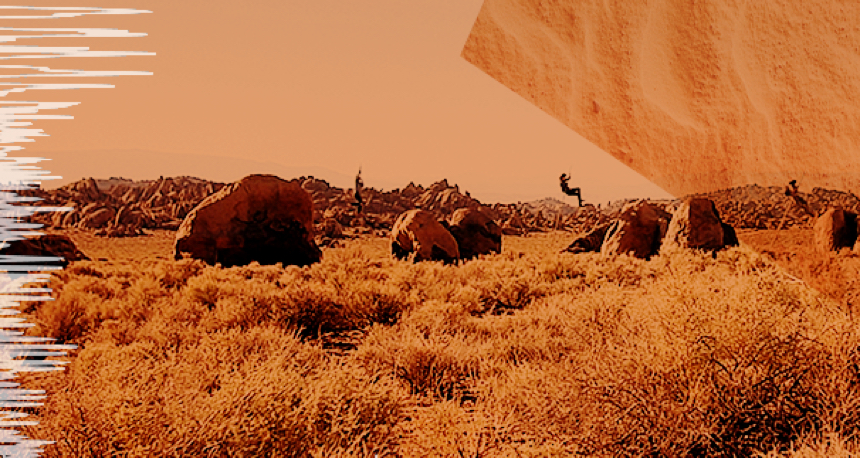 As Netflix, Prime, and Hulu plug up the streaming services with what (cynically) feels like A.I. generated 'Holiday Movie' content, the accompanying generic and cluttered Key Art to splash up on smart phone streaming apps seems to be the predominant poster art out there this season.

As a gloriously refreshing antidote to this, we offer the clean typesetting and negative space of Bryan Lenning's design work. Recently, he published this wonderful, mutli-layered poster for Tremors. The 1990 unlikely genre masher that everyone who has seen it cannot help but love, was, back in the day, a difficult beast to market on a single image. The original key art just riffed on Jaws and called it a day.

This vastly different approach uses eye-catching orange & sand tones, and leans a bit more science fiction than horror, akin to something more along the lines of Ridley Scott's The Martian.

There is no credit block, the typical feature of your standard one sheet. Instead, there a vertical techno-san-serif cascade, subtly highlighting the unique ensemble (what other movie so effortlessly put together Fred Ward, Victor Wong and Reba McEntire?) in between the letters of title. The touches up against a landscape-silhouette of Kevin Bacon and his 10 gallon hat. It is not shown here, but you can almost feel the denim.

Off to the right, is a representation of seismographic data which is the key to films initial mystery. And at the bottom is one of the more memorable 'problem solving' scenes where the cast escapes the underground beasties by pole vaulting between rock formations. It's strange and here offers that 'lean in closer' kind feeling due to its detail in miniature.

All in all, this is fan art made more or less exclusively for fans of the film. It is all inside information and no sign whatsoever of the monster or even the horror. But then again, Tremors never felt entirely like a horror movie, just a fun cultural curio at the cusp the big studio product decade and the clever festival indie decade. For what it's worth, this poster articulates that too. 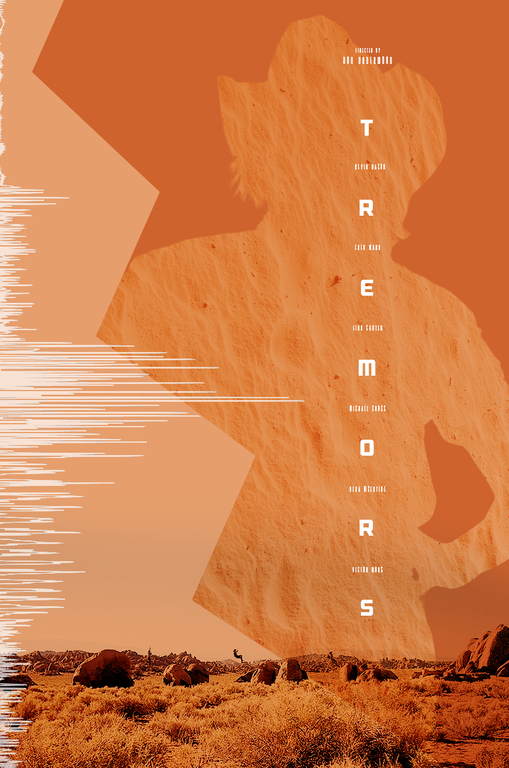 Do you feel this content is inappropriate or infringes upon your rights? Click here to report it, or see our DMCA policy.
Fan ArtFred WardGraboidsKevin BaconKey ArtPole VaultingPosterRon UnderwoodTremorsVictor Wong