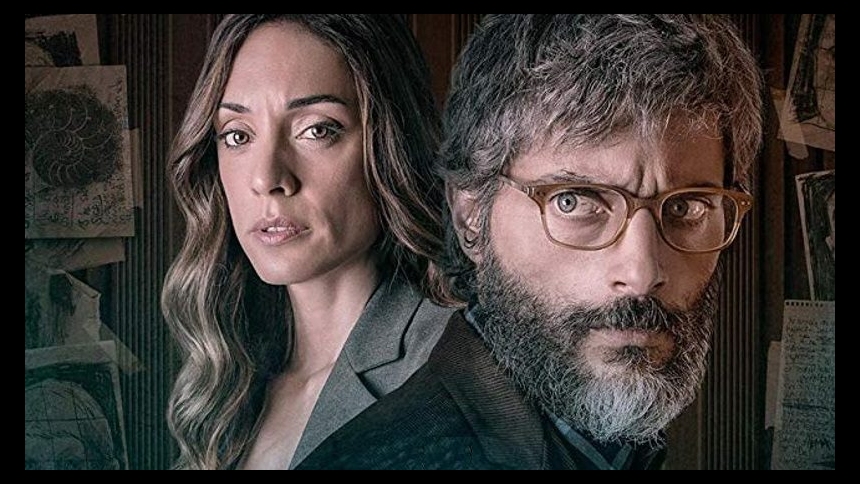 So you want a baby? Watch this first.

Lorenzo (Joaquín Furriel) makes love to his wife Sigrid (Heidi Toini) like a middle-aged man. It is for a purpose, not for pleasure.

The newly-married couple want a baby. Lorenzo, an established artist in Argentina, previously had two children with his first wife, but they all moved to Canada. Sigrid, a biologist who moved from Norway to Argentina for a study program before meeting Lorenzo, is somewhat younger than Lorenzo, and very much wants a child.

In his past, Lorenzo experienced some difficulties which may have led to his divorce, but we don't learn about that until the film abruptly shifts time and then starts to fill in the details. Based on a novel by Guillermo Martínez and cleverly adapted for the screen by writer Leonel D'Agostino, El Hijo is directed by Sebastián Schindel with a skillful touch.

The drama develops along logical and suspenseful paths, even as it crosses back and forth into thriller territory, the pace always pushing things forward, yet allowing the viewer just enough pause to add things up and anticipate a worst-case, noirish scenario. Alejandro Parysow edited to great effect, bolstered by Iván Wyszogrod's brooding musical score and Guillermo Nieto's moody photography.

Furriel gives a beautifully nuanced performance as Lorenzo, who is given to outbursts of emotion, yet empathetic as he wrestles with his own past and fights for what he believes to be right. He worked with director Schindel on his previous dramatic feature, The Boss, Anatomy of a Crime (2014), which I really want to see now. Schindel is an experienced director of documentaries and his experience benefits this narrative.

Giving reasonable balance to Lorenzo's see-sawing emotions, Martina Gusman grounds the suspense as his former lover, Julieta. She's calm and supportive, and enjoys a happy relationship with Renato (Luciana Cáceres), another friend of Lorenzo. But Julieta is the key, and Gusman supplies the emergency oxygen that Lorenzo occasionally needs.

As I was watching El Hijo, I was reminded especially of Gusman's performance in Pablo Trapero's superb Carancho (2010). While El Hijo doesn't quite reach those heights, it explores its own distinctive patch of ground that continues to shift under the feet of its lead character.

Summing up: Highly recommended. Watch it in its original Spanish language for the best effect (English subtitles available).

Do you feel this content is inappropriate or infringes upon your rights? Click here to report it, or see our DMCA policy.
ArgentinaJoaquín FurrielMartina GusmanNetflixSebastián Schindelstreaming